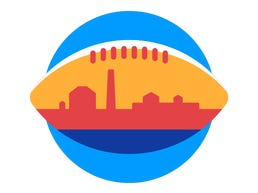 Editor’s note: The Green Bay Press-Gazette has chosen not to publish many of the graphic details of this crime. However, readers may find disturbing material in this report.

GREEN BAY – A 24-year-old Green Bay woman accused of decapitating and dismembering her friend has been ruled competent to stand trial.

Brown County Judge Thomas Walsh ruled after a four-hour hearing that Taylor Schabusiness is mentally competent to assist in her own defense, meaning the case will continue.

Schabusiness is charged with first-degree intentional homicide in the February killing, beheading and partial dismemberment of Shad Thyrion, 24, of Green Bay. She has been jailed in lieu of $2 million bail, and faces life in prison if convicted of the killing.

Court testimony Thursday consisted of two psychologists — one representing the prosecution and one for the defense — each testing for more than an hour about whether Schabusiness was fit to stand trial.

Prosecution witness Dr. Deborah L. Collins, a psychologist and director of the Milwaukee-based Wisconsin Forensic Unit, said her 75-minute examination of Schabusiness on April 4 at the Brown County Jail showed the defendant understood the major concepts that would be covered at a trial and the roles that key people would play in the proceeding.

“I would characterize her as cooperative; (the interview) was actually quite productive,” Collins testified, via video. Collins said she was aware of Schabusiness had been a user of methamphetamine and other illegal drugs, but “there were no signs during the interview she was … distracted by hallucinations” or other potential effects of regular drug use.

But Dr. Tracy Luchetta, who interviewed the defendant for just over two hours on April 22, wasn’t convinced that Schabusiness could assist in her defense. Luchetta, a former University of Wisconsin-Green Bay faculty member and a practicing psychologist who has worked as a consultant since 2018, said the defendant’s sometimes odd way of communicating made her “come across as moderately impaired” mentally and seemed to affect her ability to participate in the trial.

For example, she said Schabusiness said her mother died when she was 11, “taking (Taylor’s) heart with her” to the afterlife, where she “gave it to a pedophile.”

“That would raise questions about her reliability” to assist in her defense, Luchetta tested in court Thursday. “She came across as moderately impaired in her ability to participate … in her defense.”

Still Luchetta said, she recommended that Schabusiness be treated in one of the psychiatric hospitals — Winnebago in Oshkosh or Mendota in Madison — where prisoners sometimes are held, rather than simply recommend that Schabusiness could not assist in her legal defense.

Besides the homicide, Schabusiness was also charged with mutilating a corpse, and third-degree sexual assault after police found Thyrion’s mutilated body in the basement of his mother’s house on Green Bay’s west side; some body parts were found in a borrowed van Schabusiness had been using.

Schabusiness was arrested Feb. 23 by Green Bay police who responded to a report that a resident of the house had found a severed head in a plastic bucket at the bottom of the basement stairs. She is charged as a repeat offender because she was convicted of battery/threatening a judge, and trying to flee from law-enforcement in a vehicle in 2020.

Schabusiness’ next court hearing is a status conference at 9:30 am June 2.