The Good, Bad And Ugly From The Green Bay Packers’ Loss To The Tennessee Titans 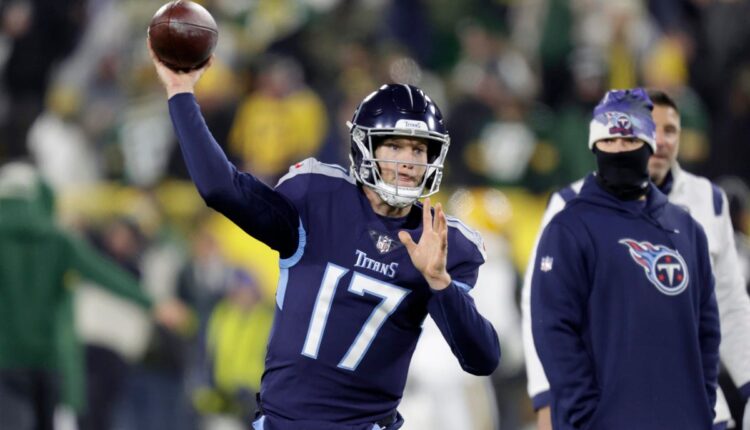 So much for that momentum.

Say goodbye to the energy that was humming through the building.

Four days after playing their best football game of the year, the Green Bay Packers are back on life support.

The Packers lost for the sixth time in seven games and fell to 4-7, which leaves them in 11th place in the NFC. Tennessee won for the seventh time in eight games and improved to 7-3.

“Extremely disappointed right now to put on a performance like that,” Packers coach Matt LaFleur said. “I don’t even know what to say. It was nothing like a few days ago and that’s why you’re only as good as your last game and every time you step out on that field you’ve got to go out and do it.”

Here’s the good, bad and ugly from the Titans’ win over the Packers.

Watson had three TD grabs against Dallas Sunday and two more against the Titans. And his rise is one of the more remarkable developments in recent Packer history.

Watson caught a 14-yard TD from Aaron Rodgers on the final play of the first quarter Thursday on a 50-50 jump ball. Then late in the third quarter, Watson came across the field and caught an 8-yard TD in the back left corner of the endzone.

Watson became just the second rookie receiver in team history to catch five touchdowns in two games. The other was Max McGee in 1954.

“I mean obviously I want to be able to contribute as much as I can,” Watson said. “Obviously make plays when my number is called. At the end of the day, none of that matters if we’re not winning football games.

WELCOME BACK: Randall Cobb missed the last four games with an ankle injury that he initially feared ended his year. But Cobb was back in the lineup Thursday and made a major contribution.

Cobb had a 24-yard reception on Green Bay’s second drive, which ended with a Christian Watson touchdown. Cobb also recovered an Aaron Jones fumble on that march.

Cobb finished the night with a team high six catches for 73 yards. And Cobb also handled a punt early.

“Having Cobb back was very big not only for the team but me individually too—just the rapport that I have with him and the respect I have for him,” wideout Allen Lazard said. “Just his energy, his juice, I think he brought a lot of energy to help us overall in the game.”

WALKER SHINES: Tennessee had an impressive 10-minute drive in the second quarter. On fourth-and-1 from Green Bay’s 4-yard line, the Titans bypassed the field goal and went for it.

The Titans ran Derrick Henry up the middle, but Packers linebacker Quay Walker exploded on the snap and stuffed Henry for a 2-yard loss.

Walker struggled against the run of his rookie season. But he had a big night with 12 tackles and a huge tackle for loss on fourth down.

THE BUTLER DID IT: Former Packer safety LeRoy Butler’s name was unveiled on the Lambeau Field facade in honor of his Pro Football Hall of Fame induction this year. He was also presented with his Hall of Fame Ring of Excellence.

Butler played 12 seasons (1990-2001) for the Packers and was a member of teams that made the playoffs seven times, won the division three times, reached the NFC Championship three times (winning twice) and brought the Packers their first world championship in 29 years. He was named first-team All-Pro four times (1993, 1996-98) and selected to the Pro Bowl four times (1993, 1996-98).

Butler registered 38 interceptions, the fourth most in club history. He recorded 20.5 sacks in his career, the fifth most among safeties in NFL history (since 1982). Butler is one of five players since 1982 with 15-plus sacks, 30-plus interceptions and 10-plus fumbles recovered (10). He is one of only four players in NFL history, and the only player in the league from 1990-2001, with 35-plus INTs and 20-plus sacks.

THIS AND THAT: Rasul Douglas had a fourth quarterback interception that kept the Packers within 27-17. … Green Bay cornerback Keisean Nixon had a 24-yard punt return in the fourth quarter. … Outside linebacker Preston Smith finished with 1.5 sacks.

PASS DEFENSE: No one will confuse Ryan Tannehill with Patrick Mahomes or Tom Brady. But Tennessee’s quarterback looked like one of football’s best signal callers Thursday night.

Tannehill completed 22-of-27 passes for 333 yards, two touchdowns and one interception. Tannehill averaged 12.3 yards per pass attempt and finished with a stellar passer rating of 127.3.

Tannehill had a 14-yard TD pass to running back Dontrell Hilliard on Tennessee’s first drive. And Tannehill threw a dart for a 16-yard TD to tight end Austin Hooper on the first play of the fourth quarter to give the Titans a 27-17 lead.

“There’s so much emphasis on stopping the run, you know?” Green Bay cornerback Jaire Alexander said. “And those coverage busts, it just can’t happen at this point.

“I think on a few of those plays that we could’ve communicated better. And you’re worrying about stopping the run and it’s loud, so it’s a combination of both.”

AARON RODGERS: Green Bay’s quarterback had respectable numbers, finishing 24-of-39 for 227 yards, two touchdowns and no interceptions. But Rodgers and the Packers didn’t score on their final four possessions when they had a chance to get back in the game.

Rodgers himself was wildly inaccurate, missing a wide open Allen Lazard multiple times and Sammy Watkins on another throw. Green Bay’s final 20 plays went for just 45 total yards. And instead of rallying his team in a must-win game, Rodgers flopped at crunch time.

AWFUL START: Green Bay played its finest football of the season during the fourth quarter and overtime last week, scoring the final 17 points and rallying past Dallas, 31-28. But the Packers didn’t carry any of that momentum into Thursday.

Tennessee took the opening kickoff and marched 83 yards in eight plays for a touchdown. The Titans capped the drive when quarterback Ryan Tannehill hit running back Dontrell Hilliard with a 14-yard TD.

The big play on the drive, though, came when Tennessee rookie wideout Treylon Burks had a 43-yard catch behind safety Keisean Nixon on a third-and-seven. The Titans kept their foot on the gas and Hilliard scored five plays later.

CAUGHT PEEKING: The Packers did a nice job slowing Henry down in the run game, limiting him to 87 yards on 28 carries (3.1). But Henry hurt them with two catches for 45 yards and also threw a touchdown pass.

On a second-and-goal from the 3 with 5 minutes left in the third quarter, Henry took a handoff and headed up the gut. When Henry hit the 5-yard line, though, he stopped on a dime and flipped a touchdown pass to tight end Austin Hooper.

Of course, no one expected Henry to throw. But Green Bay’s Krys Barnes and Rasul Douglas got sucked in and let Hooper sneak behind them.

“They’ve been doing that for a while,” Packers nose tackle Kenny Clark said of Henry throwing the ball. “They just made a great play. Good play call, great play by them.”

THIS AND THAT: Patrick Taylor was flagged for holding on the Packers’ first kickoff return and Green Bay was forced to start on his own 12-yard line. … Mason Crosby’s first extra point of the night was blocked. … Darnell Savage, who moved from safety to slot corner last week, was flagged for pass interference in the second quarter. … Rodgers was hit with an intentional grounding penalty late in the second quarter. Rodgers threw the ball when he was just inches outside the end zone and barely escaped a safety. … Tennessee outgained the Packers, 408-271, and held a 21-15 edge in first downs.

FIRST HALF DOMINATION: The Titans dominated the ball — and the clock — in the first half. The Titans were 6-for-9 on third downs, which allowed them to hold the ball for 19 minutes, 25 seconds — nearly nine minutes more than Green Bay (10:35).

Tennessee ran 38 plays to Green Bay’s 20 and outgained the Packers, 171-96. Those 96 total yards were the fewest the Packers have had during a home game in the Matt LaFleur era.

The Titans had 13 first half first downs, while the Packers had just six, and Tennessee took a 14-6 lead at the break. That deficit proved too much for Green Bay to overcome.

“I thought our defense, we battled hard,” LaFleur said. “But certainly couldn’t get off the grass in the first half.”

UPHILL CLIMB: The Packers entered the game tied for ninth place in the NFC and with a 15.7% chance to reach the playoffs, according to footballoutsiders.com. Those odds fell to 6% after Green Bay lost for the sixth time in seven games and slipped to 11th place in the conference.

Now, the upcoming schedule will make it remarkably tough for Green Bay to reach the postseason for a fourth straight year. The Packers still face divisional leaders Philadelphia (8-1), Minnesota (8-1) and Miami (7-3), along with improving Detroit and Chicago.

“It’s really win or go home at this point, and we’ve got to keep fighting,” Clark said.

Added LaFleur: “We’re not in a very good position right now, that’s for sure. Like I told the guys, like, there’s no margin for error. periods.”