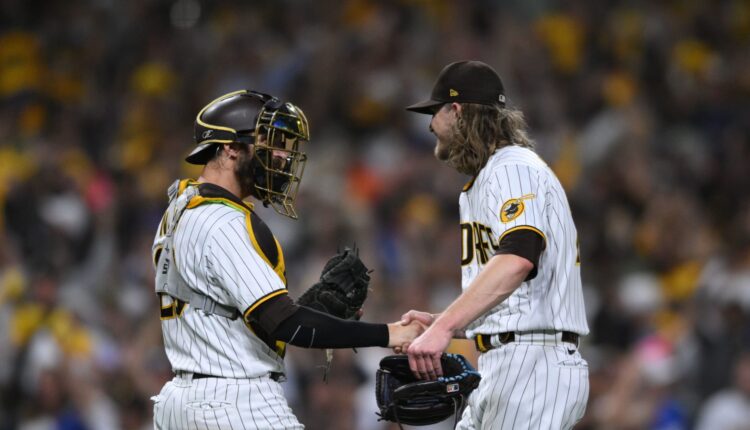 The Milwaukee Brewers entered August with a three-game lead in the NL Central Division race. Then everything changed on August 1st when closer Josh Hader was surprisingly traded to the San Diego Padres.

The trade was meant to give the Milwaukee Brewers more bites at the postseason apple. The ripple effect of the trade left the Brewers without a taste this postseason.

The Milwaukee Brewers proceeded to lose five of their next six and the three-game lead was erased. The St. Louis Cardinals went on a tear while the Brewers struggled through August and September. When the season ended, not only had the Brewers lost out on a chance for a second-straight division title but they also missed the playoffs for the first time since 2017.

A big reason for that was the Brewers’ bullpen collapsed into a pivotal series against the Miami Marlins. The Marlins took three of four games in that series which effectively killed the Brewers’ postseason hopes.

Having Hader there would have possibly given the Milwaukee Brewers a chance to beat the inferior Marlins. Instead, Devin Williams and the high-leverage relievers were unable to handle the pressure.

It did not help that Taylor Rodgers, the closer the Padres exchanged in the trade, posted an 8.10 ERA in September.

Now the Milwaukee Brewers sit at home while Josh Hader continues to dominate.

He posted a 19.06 ERA in his first month with San Diego. In addition, he gave up 12 earned runs, 13 hits, and walked seven in just five and two-thirds innings in August. Vintage Hader returned in September when he gave up just one earned run, three hits, and struck out 10 batters.

The reasons the Milwaukee Brewers will always be the losers in this trade.

The Brewers thought they could still win the NL Central without strife. Brewers president of baseball operations David Stearns has made shrewd moves that have worked out in Milwaukee’s favor. This one blew up in his face.

This trade will forever be associated with a big reason the Brewers failed to make the postseason for the first time since 2017. The Milwaukee Brewers thought they could win the NL Central without a dominant, All-Star closer in Hader. Instead, they watched the Cardinals blow right past them in the standings.

The move was not motivated to make the team better in the present but to save a few bucks next offseason and big up some prospects. World Series teams do not make that type of move and that is exactly why the Brewers will be watching another team get to the promised land.

Only this time the two teams competing to get to the World Series in the National League did not directly beat the Brew Crew in October to get there. Instead, the Philadelphia Phillies got to the postseason because the Brewers failed to catch them in the standings. The Padres got Hader to help close some key September victories.

The Brewers are a small market team but they have the starting rotation that gives them bites at the postseason apple for at least two more seasons. Having had trouble at the back of the bullpen for this season could have gotten the crew to October.

Instead, they watch the team that they shipped Hader to get to play postseason baseball. That is another reason why the Brewers will always lose this trade in the eyes of history. They gave a competing team for a postseason spot a bullpen weapon.

Hader did struggle in August. The Brewers’ offense was very inconsistent down the stretch. Rogers and Williams combined for four blown saves during the same period Hader recaptured his dominance on the mound. The Brewers fell a game back of the Phillies for the final Wild Card spot and two games back of the Padres for the second Wild Card slot.

More runs from the offense would have made the difference but having hader close on those four-blown games would have also meant Milwaukee would be playing October baseball.

There is one way the Milwaukee Brewers can save face in this trade.

The one way the Brewers can come out looking good in this trade is if Robert Gasser and Esteury Ruiz help lead the Crew to a World Series title. Those are the two prospects the Brewers got back.

Ruiz is ranked as the Brewers’ eighth best prospect and Gasser is slotted at 11. Gasser is considered the Milwaukee Brewers best pitching prospect according to MLB.com with an expected arrival to the Majors in 2024.

Ruiz might be able to make the big league roster next season according to MLB.com. He did get eight at-bats with the Brewers this season. The issue is the Brewers have other more promising outfield prospects in Jackson Chourio, Sal Frelick, Joey Wiemer, and Garrett Mitchell.

Mitchell got called up to finish out the season with the Brewers and showed some flashes of what he can do. Chourio has franchise cornerstone player potential. Frelick has hit well at every Minor League level and Wiemer can flat-out smash the baseball.

Ruiz is more of a contact hitter with amazing speed. With the rule changes coming to baseball next season, his speed can come in handy. Still, the potential of Chourio, Frelick, Wiemer, and Mitchell scream All-Star players. Ruiz’s potential feels like he could be a good leadoff hitter but nothing special.

You still have to find a spot for all five in the long term as all five players project to be ready for the big leagues between next season and 2024. With Christian Yelich signed long-term, there are only two outfield spots and the DH to slot these five prospects.

Gasser is more of a command pitcher in a power-pitching world. Although, with the new pitch clock, velocity might not matter as much as pitchers cannot delay longer between pitches to power back up. Gasser does give the Brewers some cover in their rotation in case Corbin Burnes and Brandon Woodruff depart in free agency in two seasons .

Those are probably the next two stars player to go. In the end, the Brewers will make moves like trading away Josh Hader because they claim poor. Yes, today’s Major League economics will always limit how much the Brewers can spend. It does mean Milwaukee will have to always make sure they have a good farm system to compete long term.

It also means thinking like that will always keep the World Series out of reach. If only the Brewers’ management thought like the San Diego Padres for a year.