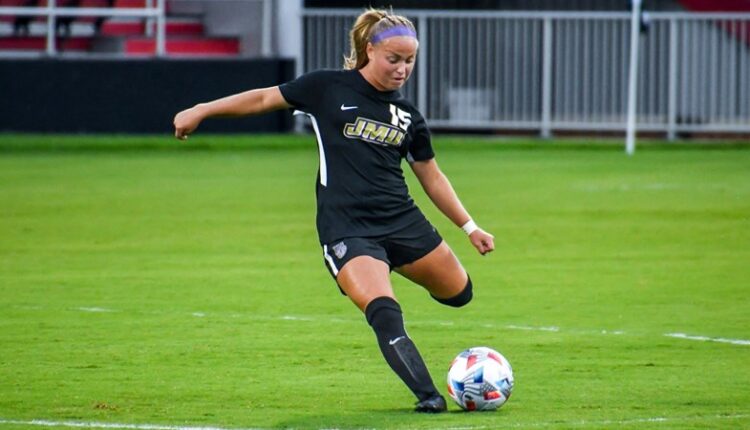 CHARLOTTE, NC- For the first time in program history, James Madison women’s soccer has opened up a season with three consecutive shutouts, taking down Charlotte, 1-0, on Thursday evening at Transamerica Field.

Sophomore Amanda Attanasi’s goal in the 15th minute was the difference maker for the Dukes, scoring her second goal of the season. Redshirt sophomore Haley Stoup started in goal for her first career start, making three saves to earn the shutout.

“It’s an awesome feeling starting the season off with three straight shutouts for the first time in program history and I can’t wait to see what else this team can do this season.”

JMU continues its early road trip in Philadelphia as they take on La Salle on Sunday, August 28. Kickoff is scheduled for 6 pm and the game will be streamed on ESPN+.