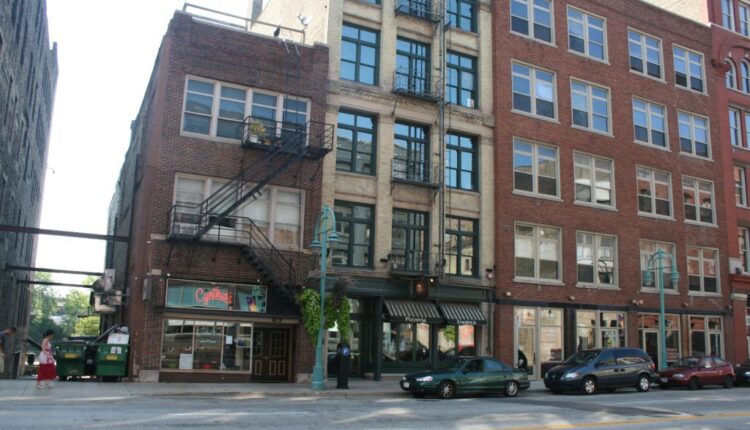 A small Historic Third Ward building could gain apartments under a proposal from Wimmer Communities.

The three-story building at 221 N. Water St. would have up to five apartments according to plans submitted to the Department of Neighborhood Services for preliminary review.

Asian fusion restaurant Lucky Ginger occupies the first floor of the 7,200-square-foot building and would remain.

The city characterizes the building as a “multi-story warehouse” in assessment records, but a project description narrative submitted to the city says the building already has two apartments on its upper floors. The two upper floors would be divided in half, yielding four apartments. A lower level, facing the riverwalk, would gain an apartment.

Plans submitted to the city include balconies at the front and back of the building overlooking the Milwaukee River and new windows on the south side of the building, which faces a small parking lot that Wimmer owns.

City permit records indicate TDI Associates is the design firm on the project.

The 108-year-old structure was acquired by an affiliate of Wimmer Communities in 2019 as part of acquiring the real estate assets of Hoffco Shoe Polish.

Wimmer, who specializes in suburban apartments, is poised to make a sizable investment in the Historic Third Ward. The company is also proposing a Marriott Tribute Portfolio boutique hotel for the former main Hoffco building, 125-129 N. Water St. That project, which hasn’t publicly advanced since being introduced and approved in 2021, would involve an 11-story addition to the south of the five-story Hoffco building.

developer Mark Wimmer and his brother John, also with the firm, purchased the former firehouse immediately south of the building in 2018 and are redeveloping it into a multi-unit residential structure for their personal use. The surface parking lot between the two buildings would be merged into the hotel property.

A representative of Wimmer did not immediately respond to a request for comment.