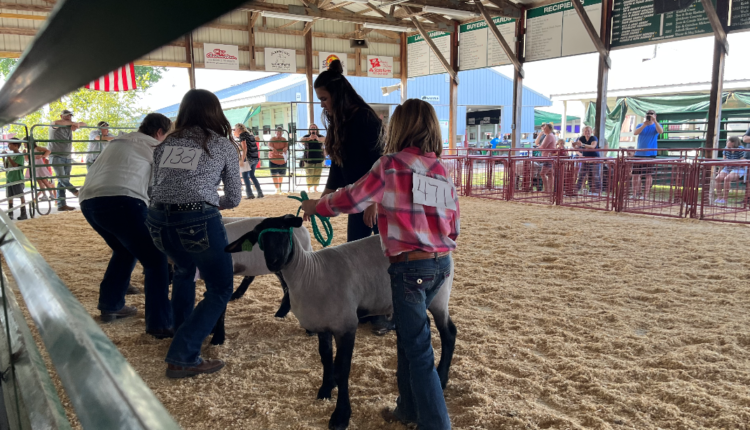 “I thought it looked really cool and I thought it’d be something fun to try,” Burdick said as she explained what made here interested in showing sheep.

Burdick spent every day preparing for the show at the fair, with walking her lamb being one of the many tasks she practiced.

Alivia Monson, 11, took home the reserve champion ribbon after showing her Hampshire lamb at the show. She said it felt good to take home the award.

Like Burdick, Monson also spent time walking her lamb prior to the fair, in addition to teaching the lamb, named Rosie, how to “brace.”

Bracing a lamb involves the lamb leaning into the handler to cause the lamb’s muscles to feel firm.

“She was the one who wasn’t really good at bracing at first,” Monson said of Rosie. “It was really difficult at first (to learn to brace). I got a little frustrated.”

Both winners said they would come back to compete again.