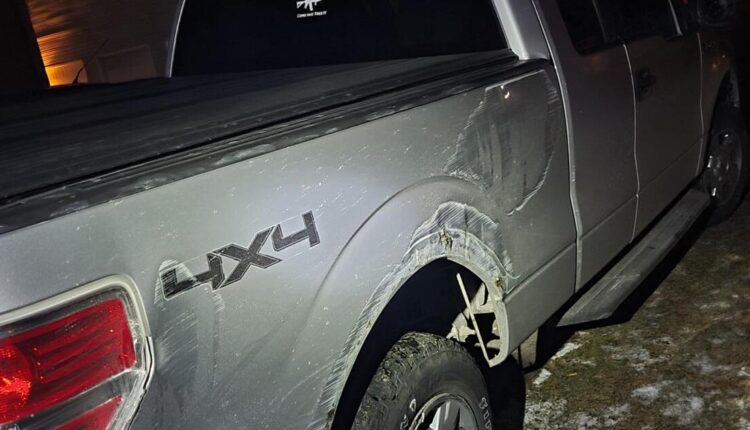 UNION GROVE, Wis. — A Union Grove man was arrested after allegedly drunk driving while on parole for homicide by intoxicated use of a vehicle on Monday.

An off-duty sergeant with the Racine County Sheriff’s Office saw a pick-up truck driving recklessly around 8:30 pm at the 1400 block of West St. in Union Grove.

According to the sheriff’s office, the driver sped through four stop signs and nearly drove the sergeant off the road.

Upon the arrival of deputies, the sergeant directed them to Karasti’s apartment. Deputies were allowed inside and Karasti’s father tried to persuade him to come out of a bedroom. After refusing deputies’ orders, Karasti was taken into custody at Taser point.

The sheriff’s office says the truck had fresh damage to the passenger side and a bottle of alcohol was found inside. Karasti was on parole for homicide by intoxicated use of a motor vehicle as a repeater, hit-and-run involving death as a habitual offender, and operating while under the influence third offense. He also had an active warrant for his arrest through probation and parole.

While deputies waited for a search warrant for a blood draw at the hospital, Karasti allegedly shouted multiple racist and homophobic slurs toward medical staff and deputies. The sheriff’s office says he also threatened to take a deputy’s firearm and use it against the deputy. Due to his lack of cooperation and threats, he was placed in the WRAP restraint system.

After deputies obtained a sample of Karasti’s blood, he was transported to the Racine County Jail. He is being held on a $10,500 bail for the following offenses:

Pedestrian struck and killed on Stop 11 Road and Madison Avenue