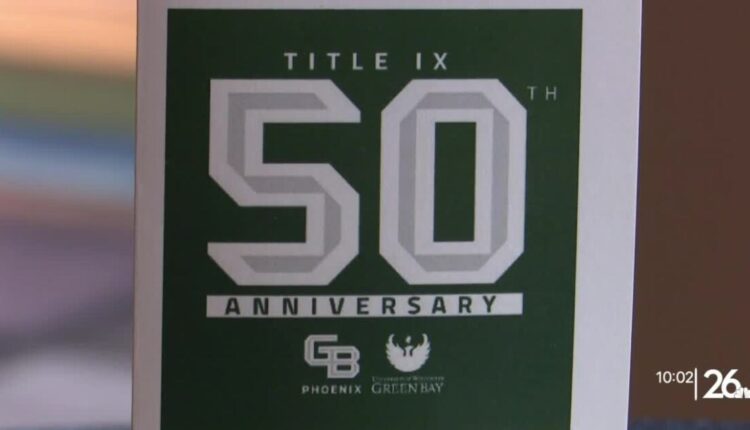 GREEN BAY, Wis. (NBC 26) — When she was growing up, Tracy Arndt says some of her only options as a pre-Title IX athlete were to cheerlead or join the Green Bay YMCA’s swim team.

She later became a national champion swimmer before heading off to college.

“There was no recruiting, because there were no women’s teams,” she said. “I went to Madison and discovered that there was an intramural team.”

Catching the coach’s eye while practicing, she walked-on to the men’s team.

“When I got out of the pool, he said ‘you’d be a good swimmer if you lost some weight,'” Arndt said. “That’s probably nothing any coach would say to a female now.”

In celebration of the 50th anniversary of Title IX, UW-Green Bay hosted a panel discussion covering where we’ve been, where we are now and where we’re going.

“Women deserve that opportunity to learn what it feels like to win, to be competitive, to work hard, to understand what it takes to be successful,” Arndt said.

“For women[‘s] college sports, there’s not enough women coaches,” she said. “And so as I get older, I’m able to say out loud that it’s important that I’m a female leader.”

She says it’s especially important to get the word out to the younger generation.

“Having women leaders and also men who are allies who support us is something that will help us continue to grow,” Sutherland said.

Arndt has seen some of that growth, as her daughter received a scholarship to swim at Michigan.

“I was really happy it took just one generation,” she said. “So obviously there’s more to do, but we’ve come a really long way.”