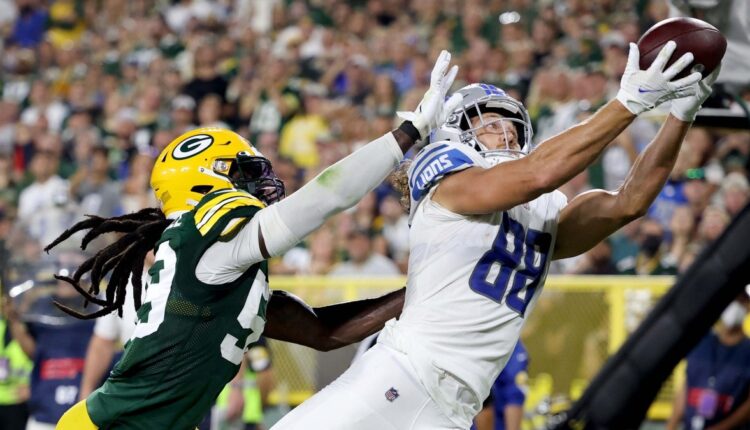 GREEN BAY, Wis. – With the NFL trade deadline approaching, one big deal has been swung that will have immediate and long-term ramifications for the Green Bay Packers.

For the short term: The Packers will play at the Lions on Sunday. Detroit is No. 9 in the NFL in scoring and fourth in total offense. The other tight ends have combined to catch seven passes.

For the long term: The Vikings (6-1) are three-and-a-half games ahead of the Packers (3-4) in the NFC North standings. Despite their commanding position in the division and being just one game behind the Philadelphia Eagles (7-0) for the No. 1 seed in the playoffs, the Vikings made a huge move. They sensed the opportunity and are going for it.

It’s the type of move the Packers have not made, even with general manager Brian Gutekunst showing more aggressiveness in personnel decisions than his predecessor, Ted Thompson. At past trade deadlines, the Packers were 7-1 in 2019, 5-2 in 2020 and 7-1 in 2021. No moves were made in either case, with Gutekunst betting that the talent on-hand would be enough to finally get the Packers back to the Super Bowl.

Meanwhile, the Vikings are adding to a powerful offense that ranks 10th in scoring. Justin Jefferson is one of the NFL’s best players, Dalvin Cook is one of the top running backs and receivers Adam Thielen, KJ Osborn and tight end Irv Smith provide an excellent supporting cast for quarterback Kirk Cousins. Smith is out with a high-ankle sprain. When he’s back – certainly by the time the Packers host the Vikings on Jan. 1 – they could be almost unstoppable.

He enters the week ranked 14th among tight ends in receptions, fifth in yards and tied for fourth in touchdowns. He’s had receptions of 81 and 58 yards.

Trade deadline: Buy, sell or do nothing?

The expectations have changed

Packers buying at the trade deadline?

Racine musician carves out niche with ‘Song a Day Project’