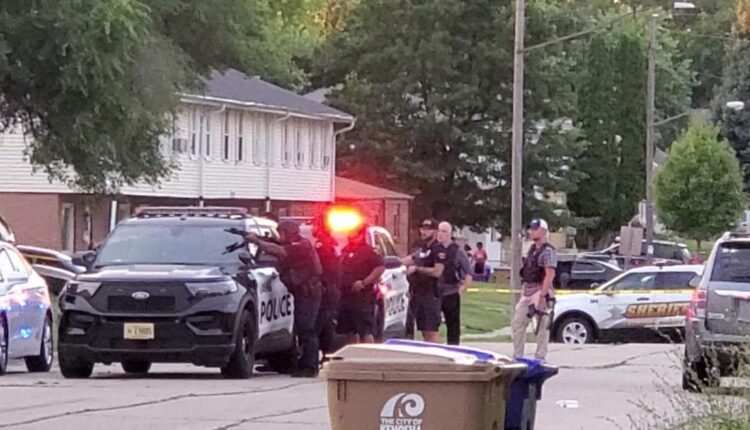 Kenosha police and multiple law enforcement agencies responded at an apartment building on the city’s North side Monday night following a report of a disturbance involving a possible armed individual and a gunshot, according to authorities.

Agencies initially responded to the call at 7:29 pm, according to police. Shortly before 10 pm, Kenosha police issued a statement saying officers responded to the 4000 block of 28th Avenue for “a disturbance and a report of a person having a gun.”

“When officers arrived a shot was heard, from behind the apartment building. Police secured the apartment building and evacuated residents while looking for active threats/injured people,” according to the statement issued by Lt. Joseph Nosalik on the department’s Facebook page. “KPD SWAT officers responded and conducted secondary searches finding no injured people.”

Police said no suspects have been taken into custody and the investigation continues. No additional information was released. However, officers were still in the neighborhood late Monday night.

Earlier at the scene, armed officers surrounded the apartment at the corner of 28th Avenue and 41st Street. As the incident progressed past sunset, authorities used external lights to illuminate the area. The scene was closed down and police tape could be seen marking off the area.

On the north side, 28th Avenue, which runs to the west of the municipal golf course, was blocked by Kenosha police at Washington Road.