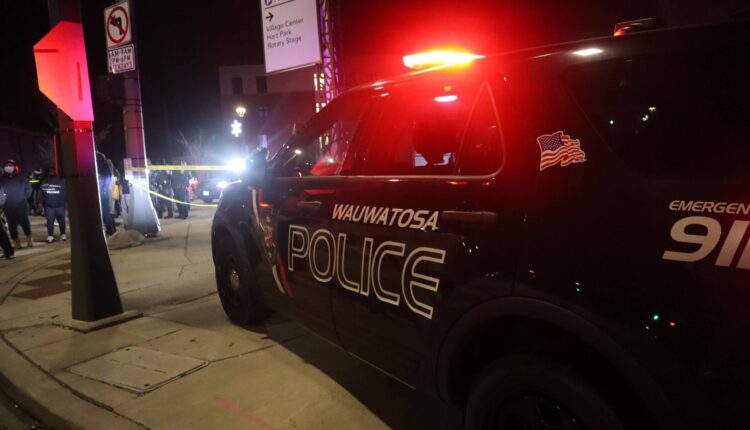 “The subject dictates the officer’s response,” said Wauwatosa Police Chief James MacGillis in a recent video, released following the Milwaukee County district attorney’s decision to not issue charges for an officer-involved shooting back in April. The incident, which involved Wauwatosa Police Department (WPD) officers Evan Olson and Dexter Schleis, left 17-year-old Damiso Lee wounded after attempting to flee the two officers. Both Olson and Schleis fired after Olson called out that the teen had a handgun concealed in his sweater’s pocket.

While the teen sustained non-life threatening wounds, MacGillis emphasized that shootings are traumatic for everyone involved. “In policing, we know the authority to use force is a serious responsibility,” he said. “It must be exercised judiciously to safeguard the life, liberty, and dignity of everyone. We all experience trauma when an officer-involved shooting occurs. The injured subject, the subject’s family, the officers involved, the police department, and the community as a whole.” Reflecting on his own 26-year career, MacGillis added that “the job of a police officer is often difficult and dangerous.”

The incident began on April 5 as Olson was on a routine patrol on the northwestern edge of Wauwatosa. As Olson was parked, according to a document outlining the district attorney’s decision, a silver car passed by. An automatic license plate reader system installed in Olson’s squad activated, linking the vehicle to a stolen car report. Although the system is automated, Olson needed to do some additional fact checking. According to the district attorney’s decision summary, Olson checked the squad’s computer to see if the photo captured by the plate reader matched the vehicle.

Olson radioed the dispatcher, who also confirmed the plate matched a car reported stolen in Milwaukee. The dispatcher reportedly told Olson that the car was stolen in February, and offered the initials of two individuals thought to be responsible.

Olson watched the vehicle as he waited for Schleis. After Schleis arrived, Lee got out of the car and Olson stepped out of his squad car. Video shows that Olson immediately told Lee, “Show me your hands” and “Stop.” Olson described Lee as wearing “a black hooded sweatshirt” with “a ‘Glock’ logo on the front of the sweatshirt with a big ‘G’ followed by the letters ‘LOCK,’ with a front pocket,” the district attorney’s decision document states. The report states that Olson drew his weapon because “this was a felony stop for a potential stolen vehicle.” 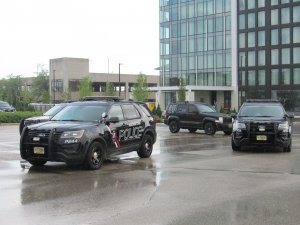 In the body camera footage, as Lee begins to turn away from Olson, the officer says, “Stop,” and then, “do not reach for that gun.”

The district attorney’s decision states that Olson saw the firearm in the teen’s pocket. Footage caught by Schleis’ camera’s show Lee slipped and fell as he ran, causing the gun to fall out.

In his video statement, MacGillis said, “The subject reached down, picked up the gun and rearmed himself, ignoring the officer’s command.” The chief continued: “The subject could have made a different decision. He could have stopped and complied with the officer’s commands, or ran unarmed, but he didn’t. Instead, the subject picked up the gun, leading officer Olson to believe the subject was going to shoot him. Officer Olson discharged his weapon to stop the threat.” Schleis also fired shots as Olson’s volley rang out behind the apartment complex where the incident occurred.

Following the shooting, Lee can be heard yelling “I’m hit!” The firearm, a Glock-style handgun pictured with an extended magazine, was lying on the teen’s left side, according to the district attorney’s report and video statement by MacGillis.

The shooting was investigated by the Milwaukee Police Department (MPD) through the Milwaukee Area Investigative Team. Both Schleis and Olson told MPD investigators that they each fired three to four times.

As other backup officers arrived, residents of the apartment building who had seen or heard the shooting were agitated by the events. At least one of the Wauwatosa officers who arrived for backup had armed  himself with a patrol rifle as the scene was secured. Olson approached the wounded Lee with a ballistic shield in hand before rendering medical attention. 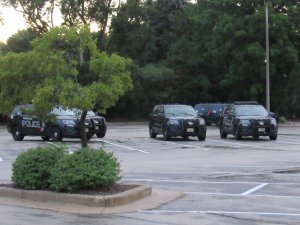 Lee told MPD investigators that he had a Glock that day, and was charged with possession of a dangerous weapon by a juvenile.

The car Lee was in actually belonged to Lee’s family. While his family had reported the car stolen, it was later recovered but never reported as having been found.

Contrary to reporting by some local outlets, the words “justified” and “justification” are absent from Milwaukee County District Attorney John Chisholm’s final decision. Rather, the shooting is noted as “legally privileged.”

In that sense, the Lee shooting draws many parallels with past officer-involved shootings in Wauwatosa. Former Wauwatosa officer Joseph Mensah, now employed by the Waukesha County Sheriff’s Department, was involved in three fatal shootings over a five-year period, the last one involving a teen reported as being armed, 17-year-old, Alvin Cole. Those incidents sparked protests in the community. In the district attorney’s decision document for Cole’s shooting, the word “justified” are also absent.

Although several shootings have occurred in Wauwatosa since Mensah resigned in November 2020, he remains the only Wauwatosa officer to fatally shoot someone in close to a decade. Among the recent non-fatal shootings, one occurred in December 2020, in the heart of Wauwatosa’s village area. There was also a mass shooting that year at Mayfair Mall, where a 15-year-old boy was later taken into custody. Another happened the following November, where two officers were wounded by gunfire at the Radisson Hotel, across the street from the Mayfair shopping center.

Olson has previously been the subject of Wauwatosa Police Department discipline. In 2018, Olson was filmed punching a teenager in the face at Mayfair Mall. The teen was accused of causing a disturbance, and Olson aided in his arrest him after the scuffle. 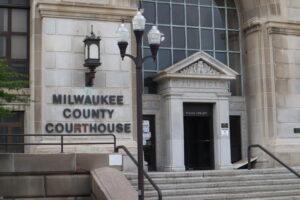 Olson had been suspended three times before the face-punching incident, but his use of force was defended by the department, at that time under the leadership of former Chief Barry Weber. In 2015, Olson was issued a 4-day suspension, without pay, for driving at excessive speeds. About a year later, he was suspended for 10 days for violating department policies. “Consider this your very last warning,” Olson was told in a letter by former Chief Weber, Fox6 reported.

The Lee shooting also comes after a change in the Wauwatosa police body camera policies. Before protesters took to the streets against Mensah’s shootings, WPD and its then-chief, Weber, had resisted using body cameras for all officers. A lack of audio and footage was a common thread through all three of Mensah’s shootings.

Lee’s shooting was captured both by body cameras and by dash cameras, which were turned on when Olson and Schleis activated their emergency lights. Still, while Olson said he could see the gun while it was still in Lee’s pocket, this amount of detail isn’t visible on the body camera footage.

“I want you to understand that body-worn cameras capture only one perspective, the angle of the body-worn camera, and prohibits viewers from seeing everything that those two officers see and experience,” MacGillis said in his video statement. He highlighted that it’s important to report when a stolen vehicle is recovered, as southeastern Wisconsin has seen more car theft.

In contrast to the Lee incident, MacGillis said that hours before the shooting, Olson located a “reported stolen vehicle.” In that incident, “the driver of that vehicle stopped, complied with police orders, and was released, with his vehicle, shortly after the traffic stop.”

The chief also highlighted that after the incident, WPD helped connect Lee’s family with support services for physical and mental recovery.

“My intention in providing this video is to be transparent with our community when it comes to the facts and circumstances surrounding this incident and provide assurances that the safety of the community is in responsible hands,” the chief said.