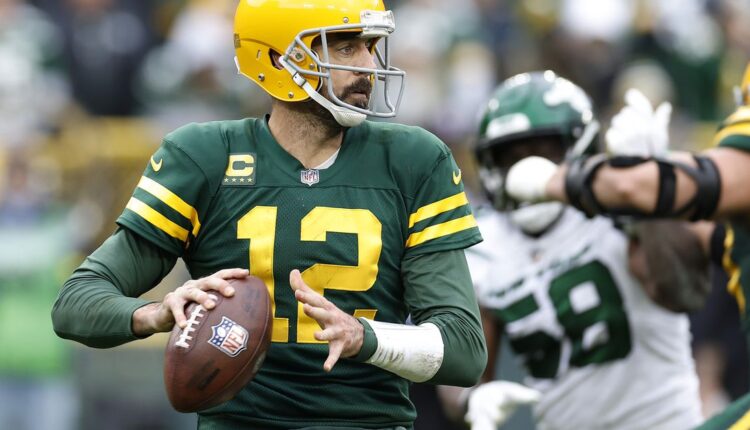 Despite two major upset losses in back-to-back weeks, books have essentially not budgeted on Green Bay’s short-term odds. On DraftKings, the Packers have opened up as 5.5-point favorites against the Washington Commanders, who Green Bay will play on the road this upcoming Sunday. Earlier this week, the Packers were favored by the same amount on the book’s look-ahead lines.

Green Bay was a -215 favorite earlier in the week and has actually risen to -225 (69 percent win probability), showing that books haven’t counted out the 2022 Packers just yet. Mind you, Washington will be playing at home after their home victory against the Chicago Bears on Thursday Night Football, which gives the team extra rest. The Commanders game will mark the first leg of a three-week road stretch for the Packers, who just last week played early on Sunday morning in London.

Two injuries to keep an eye on this week are to receivers Randall Cobb (ankle) and receiver Christian Watson (hamstring.) Cobb was carted to the locker room during Week 6. Quarterback Aaron Rodgers said after the game that Cobb believed he broke his ankle but the injury has been reported to likely be a high ankle sprain. According to NFL Network’s Ian Rapoport, an MRI is needed to confirm the injury and the severity. Watson, who missed Week 6, is dealing with his second hamstring injury of the season and LaFleur has already mentioned the possibility of placing him on the short-term injured reserve list. If those two receivers are out, the only healthy wideouts on the 53-man roster who have played in the regular season are Allen Lazard, rookie Romeo Doubs and return man Amari Rodgers, who has hardly played on the offensive side of the ball in 2022 .

The Packers do potentially have one to three open roster spots available, depending on if Cobb and Watson are going to be placed on IR, which means the team could add a receiver(s) to the squad. Juwann Winfree, a long-time practice squad player, has already been elevated three times by the team in the regular season, meaning that he will need to be activated to the 53-man roster if the team plans to play him again in 2022.

Beyond just Week 7, the Packers have fallen to +2000 in Super Bowl odds (5 percent implied probability), which has them ranked for seventh in the league in a tie with the Cowboys, Ravens and 49ers. They are also tied for fifth in NFC title odds (+900, 10 percent) and are a distant second to win the NFC North (+250, 29 percent) as it stands today.

Who’s behind all the election administration lawsuits?