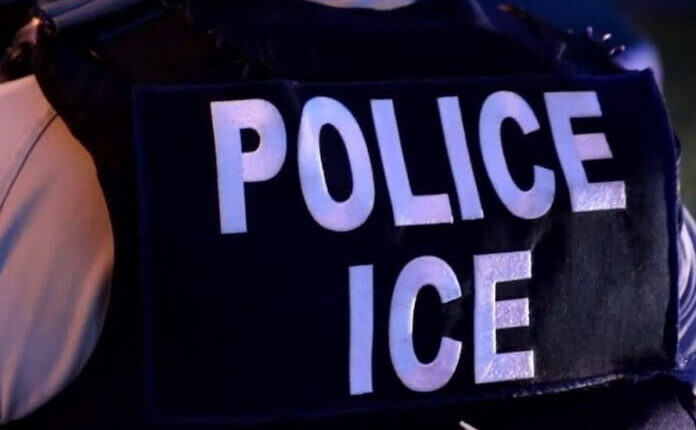 Relationships, both formal and informal, between Wisconsin sheriff’s offices and U.S. Immigration and Customs Enforcement (ICE) cause immigrants to be deported for even minor offenses such as traffic violations while making immigrant communities more fearful of law enforcement in general, a report from the Wisconsin ACLU found.

The report, released late last month, details the “jail-to-deportation pipeline” that’s been established in the state and how even in counties that tout their liberal values and support for immigrants, relationships between ICE and sheriff’s departments flourish. The county that received the largest amount of money through the State Criminal Alien Assistance Program (SCAAP) which partially reimburses state and local governments for the cost of incarcerating certain immigrants who have committed crimes, was Dane County, which includes Madison.

Between 2006 and 2020, ICE tried to deport more than 12,000 immigrants living in Wisconsin who were picked up by agents from jails and prisons across the state.

The partnerships between local sheriff’s offices and ICE take a variety of forms. The most consequential is the so-called 287(g) program that delegates some immigration enforcement roles to local police. The Waukesha County Sheriff’s Office was the first department in the state to reach such an agreement in 2018. The office, which has continued its participation in the program, has defended its work as being necessary to keep the community safe.

Every time the department has a non-U.S. citizen in custody in its jail it contacts ICE, Lt. Nicholas Ollinger told Wisconsin Public Radio.

“It all comes down to keeping our community safe, and this program allows for that by releasing noncitizen offenders to ICE, rather than back into our communities,” Ollinger said. “And the Waukesha County Sheriff’s Office follows all federal civil rights laws, regulations and guidance relating to non-discrimination.”

But these collaborations between local law enforcement and immigration enforcement can lead immigrants to be more fearful of local police and less likely to report a crime, according to Tim Muth, a staff attorney for the ACLU of Wisconsin.

“There’s a distinction between participating in a program like 287(g) and keeping the safety of your communities,” Muth says. “Most of the evidence from other states — there hasn’t been a study in Wisconsin — shows that where there are partnerships between law enforcement and ICE, there’s less crime reported in immigrant communities because of people’s fear. Victims of domestic violence are reluctant to go to law enforcement.”

Under a detainer, ICE asks the local agency to keep custody of a person for up to 48 hours after state law provides that the person should be released.

“[The Department of Homeland Security (DHS)] described the WSO program as an attempt to shield local officers from liability when they violate people’s rights, and as a way to subvert state and local decisions not to participate in immigration enforcement,” the report states.

The report alleges that it’s illegal for local sheriffs to provide detainers and hold immigrants for longer than state law allows.

“We believe that county jails which hold persons for 48 hours after they should have been released pursuant to immigration detainers are in violation of Wisconsin law because Wisconsin statutes do not provide legal authority for law enforcement to act on civil immigration detainers,” the report states. “A detainer becomes a new ‘arrest’ when a person is not released after the state law basis for detention no longer exists, and in Wisconsin, “the power to arrest must be authorized by statute.”

Muth says the ACLU hasn’t brought a legal challenge against the detainers because they haven’t been able to find someone who will bring a claim, pointing to the vulnerability of the subjects of the law and the likelihood that they don’t know they have a right to bring a legal challenge.

Five counties, Milwaukee, Dane, Door, Oconto and Shawano, have policies that prohibit holding a person on the basis of an immigration detainer. Yet detainers aren’t the only way that ICE keeps relationships with local sheriffs.

In 2020, according to the report, 30 counties and the state government received SCAAP funds totalling more than $2 million.

Elected officials and law enforcement leaders in Dane County and the City of Madison have regularly stated their support for the area’s immigrant communities and their disapproval of ICE activity in the area. Former Sheriff Dave Mahoney, in a 2021 Wisconsin State Journal column, condemned the 287(g) program and argued that law enforcement cooperating with ICE makes the community less safe.

Yet during that time the Dane County Sheriff’s Office, which did not respond to a request for comment, was actively sharing with ICE the identities of hundreds of immigrants being booked into the jail.

Mahoney has since been replaced by Sheriff Kalvin Barrett. The policy of notifying ICE when the department has an undocumented immigrant in custody has continued.

“Now that there is a new sheriff in town, literally, we would urge him to eliminate the policy of notifying them and stop taking money for the detention of undocumented immigrants,” Muth says.