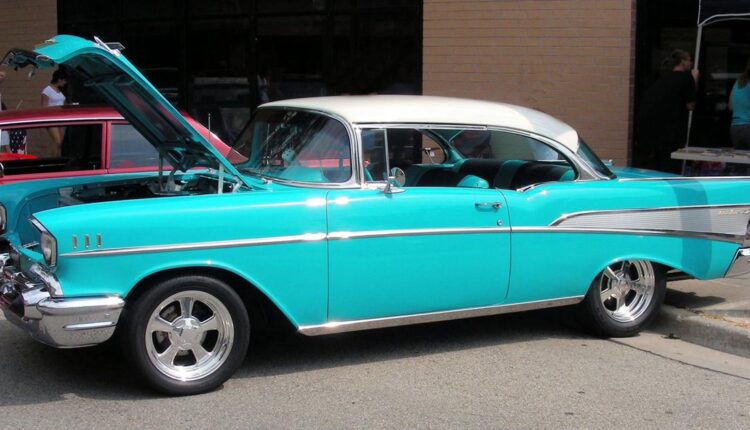 A summer season that was crazy for cars ends with a massive car show.

The 2022 Kenosha Classic Cruise-In — also known as “The Downtown Car Show” — will once again take over the streets of Downtown to kick off Labor Day Weekend in Kenosha.

The Homecoming, however, is open only to Kenosha-related vehicles. The Classic Cruise-In features all makes and models of vehicles and motorcycles.

And it’s totally free, for the thousands of people who fill the downtown streets to see the cars and for the proud owners who come to show them off.

Tony Pontillo, the car show’s main organizer, said the show continues to grow in popularity each year, which is great news for downtown businesses.

“The Downtown business owners tell us this is their busiest day of the year,” he said.

Pontillo estimates 8,000 to 10,000 people attend the car show, coming from the local area and driving in from Chicago, Milwaukee, Indiana, Iowa, Minnesota and even from across the US border.

“We’ve had people come to this show from all over,” he said. “This is one of the biggest car shows in the Midwest, and it’s the biggest free car show in the state. We even have people coming from Canada — we’ve gone international.

“People love that the show is free, and we know that helps keep it so popular.”

The show, put on by the Kenosha Classic Street Machines group, takes over Sixth Avenue and adjoining side streets, which are closed off to traffic for the event.

For many people, it brings back memories of “scooping the loop” in Downtown Kenosha, Pontillo said.

Besides all the vehicles in the show, the Kenosha Police Department’s Motorcycle Unit will perform riding demonstrations from 10 am to 2 pm on 55th Street and Seventh Avenue.

Visitors will be able to meet with the officers, take photos with the unit and see the police motorcycles.

The show is always the Saturday of Labor Day Weekend, and visitors can combine this with other Downtown events.

“Lots of men and women come downtown together for the car show,” Pontillo said. “The women go to the Harbor Market of the Public Market and then come to the car show later to meet their husbands, after shopping at the markets. Or they shop together. You can go to the Cheese-A-Palooza Festival at HarborPark, too.”

He suggests visitors park near the Municipal Building — 52nd Street and Sixth Avenue — and ride the streetcar to the car show and other Saturday events.

People can also park in the lot behind Reuther Central High School at Sheridan Road and 58th Street “and then just walk half a block and get on the streetcar,” he said.

The Downtown parking garage — on Eighth Avenue between 56th and 57th streets — also offers free, convenient parking for the car show and other Downtown events.

To make this even easier for people, streetcar rides will be free on Saturday.

Food (and a food collection)

Food and beverages — including pizza, brats, hot dogs and hot beef — will be available for purchase from participating Downtown restaurants, both inside and outside the venues.

Also during the car show, donations of non-perishable food items will be collected for the Salvation Army’s food pantry.

Each year, Pontillo said, the show collects about 1,200 pounds of food, plus cash, to be donated.

Look for the huge barrels marked for donations.

The show started with about 80 cars and has grown to feature more than 1,800 vehicles on average.

Even during a rainy year like 2021, the show attracted about a thousand entries.

That popularity means show organizers had a problem: what to do with all those cars.

But that’s a good problem to have.

Over the years, the car show has continued to expand, filling the Downtown.

Besides the classic cars, new-car dealers are also at the Cruise-In, showing off their latest models, and Snap-on has a booth, too, with raffles and other fun stuff.

You never know what you’ll find, from a new GM model to a Sunbeam Alpine British sports car.

Visitors have also seen: A 1902 Rambler, a 1956 Ford Customline, a Dodge Coronet, a Chevrolet Bel Air, Pontiac Catalina, Ford Falcon, AMX and Gremlin, a 1965 Thunderbird, a silver DeLorean and flashy Cameros and Corvettes — all shined up and put on display by their loving owners.

Besides all the vehicles on display, visitors will see Elvis — as portrayed by singer Mike Bishop with the band All the King’s Men, performing Elvis tunes.

“People really love that band,” Pontillo said. “We have some people, especially women, who just love seeing Elvis and come every year just for the music.”

Pontillo works for several months to organize the show, contacting organizations, car clubs and city officials, he said, with help from other club members.

“It’s worth it,” Pontillo said of the huge project, “when thousands of people come downtown for the show.”