And so it begins … Unbeaten Parkview Baptist plays No. 5 Madison Prep in 6-3A opener | High School Sports 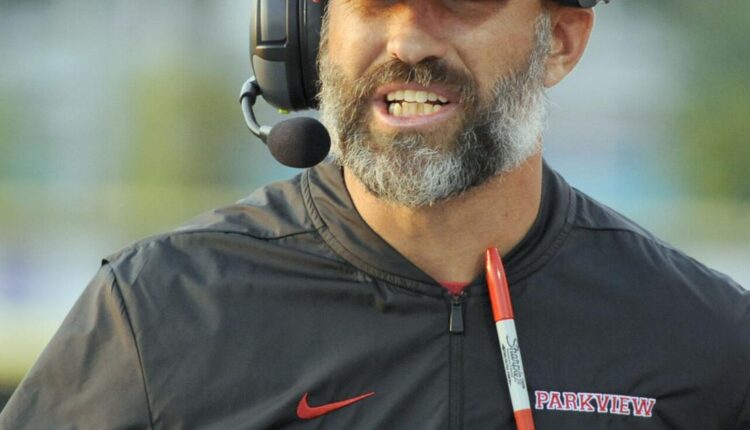 LeFors ended up with a unique split decision. Instead of playing Madison Prep and University back-to-back, the two recent LHSAA champions booking the Eagles’ District 6-3A schedule.

The 6-3A story begins this week when PBS (3-0) plays the fifth-ranked Chargers (1-2) Thursday night at Parkview.

“With their size and speed, there is no doubt Madison Prep will present challenges that we have not seen so far this year,” LeFors said. “This is where we start district and then we’ll play U-High the week of the year.

“There is a lot to prepare for. But I am pleased with how we have progressed so far, especially on defense where we only had one starter returning. We’ve mixed and matched players because of injuries, cramps… you name it. And they have found ways to make plays.”

The Eagles are coming off a 28-14 over Brusly, a team that was previously a 3A district rival. Both of Madison Prep’s losses were to Class 5A schools, including a 37-6 loss to Scotlandville in the North Baton Rouge Classic played Friday night.

Thursday’s PBS-Madison Prep contest helps kick off the 6-3A schedule that includes three games. In Class 4A, seventh-ranked Lutcher (2-1) begins its District 7-4A schedule by hosting Vandebilt Catholic (1-2) Friday.

Baton Rouge’s Week 4 schedule features seven Thursday games, including one that matches ranked teams from different classes. The Dunham School (2-1), ranked eight in Class 2A hosts Ascension Catholic (3-0), the No. 8 1A team.

After two weeks of New Orleans vs. Baton Rouge matchups, the nondistrict schedule has a different look that includes another matchup of ranked teams.

Catholic High (2-1) resumes its series with Lafayette’s St. Thomas More (3-0) Friday night at Memorial Stadium. The Bears have the No. 4 ranking in Class 5A, while STM, a winner over Brother Martin Friday, is ranked third among Class 4A teams.

Another intriguing cross-classification game has fourth-ranked ED White Catholic (3-0) of Class 3A at 5A Woodlawn (1-2) Friday.

Meanwhile, a Class 5A team located not far from BR, Hammond (3-0), is off to its best start since 2010. The Tors, coached by former LSU player and Capitol coach Dorsett Buckels, hosts Fontainebleau (1-2) in their District 6-5A opener Friday.

Messages in the garden: Play on stage now in Racine ‘not just some silly comedy that you forget 5 minutes afterward’ | Local News