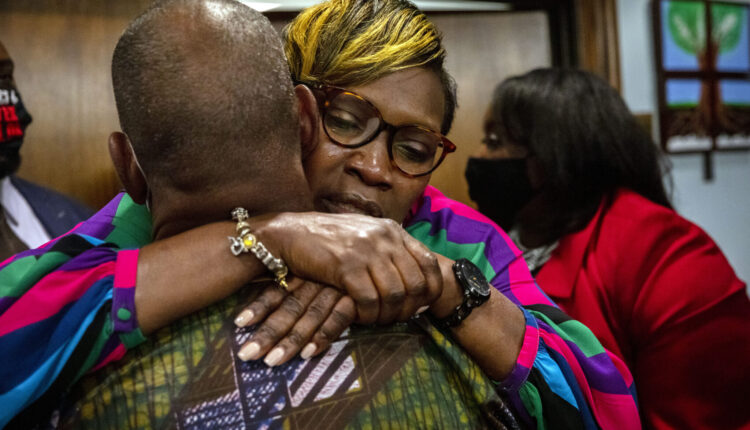 There’s no pleasure to be taken from the guilty verdicts returned Wednesday by a Glynn County jury in the murder of Ahmaud Arbery; there is only relief and thanksgiving that in the end justice could be done, at least in a case in which the evidence was so well-documented and seemingly obvious.

Given that they reached their weighty verdicts in just a matter of hours, the jury members – 11 white Georgians, one Black Georgian – must have thought it was obvious as well.

However, it’s crucially important to remember that this just and necessary resolution almost didn’t happen, that if justice was served in the end, it came almost accidentally. For 74 days after Arbery’s murder in February of 2020, no charges had been filed; no arrests were made, no presentment was made to a grand jury. Even though law enforcement possessed the now-famous video as well as much of the testimony that the jury found so convincing, two different district attorneys looked at the case and basically determined that Arbery deserved his fate, that if anything Travis McMichael, Greg McMichael and William “Roddie” Bryan should be lauded rather than prosecuted.

The local district attorney, Jackie Johnson, knew Greg McMichael from his work as an investigator for her office. She allegedly forbid police officers from making an arrest, and then arranged for the case to be transferred to the neighboring Waycross Judicial District, where George Barnhill worked as district attorney. As she was aware, she was referring the case to someone who had already made known that he too had no desire to pursue the case.

According to a memo written by Barnhill at the time, after what he called an “extensive” review, the actions by the McMichaels and Bryan had been “perfectly legal.” It was Arbery “who attacks Travis McMichael” in the video, it was Arbery “who initiated the fight,” it was Arbery’s “apparent aggressive nature” that drove him “to attack an armed man.”

“Given the fact that Arbery initiated the fight, at the moment Arbery grabbed the shotgun, under Georgia law, (Travis) McMichael was allowed to use deadly force to defend himself,” Barnhill advised the Glynn County Police Department.

Johnson was defeated for re-election in November of 2020; two months ago, she was arrested and charged with interfering with a police officer in the case and with violating her oath of office. Barnhill remains in office.

I’ve called this a modern-day lynching, an evocative phrase that should not be employed lightly. However, it meets the two-part test: One, it was a brutal act of vigilante violence; two, the local political elite stepped in afterward to protect the perpetrators. Only when the video was leaked to the public and reached an audience outside the local corridors of power was the coverup thwarted.

And if a case like this, with its obvious evidence of criminality, could come so close to being covered up, think about how many other such cases had been handled over the years, not just in the Waycross and Brunswick districts but all across Georgia, all across the country.

Think about the effect that those cases, the cultural memories of those cases, have had on the mindsets and power relationships in these communities. The McMichaels were not unusual in thinking that they had the right to treat Arbery as they did, that they had the power to tell this Black man what to do and that he had the obligation to obey. The attitudes and the arrogance that they demonstrated that day in the Satilla Shores neighborhood did not come from nowhere, it came from everywhere.

Over their lifetimes, they had been taught that it was their right to act in that fashion, that it was their duty to enforce the unwritten code, that people like themselves had power while others did not, and that they would be protected for defending that system.

Until they finally weren’t.