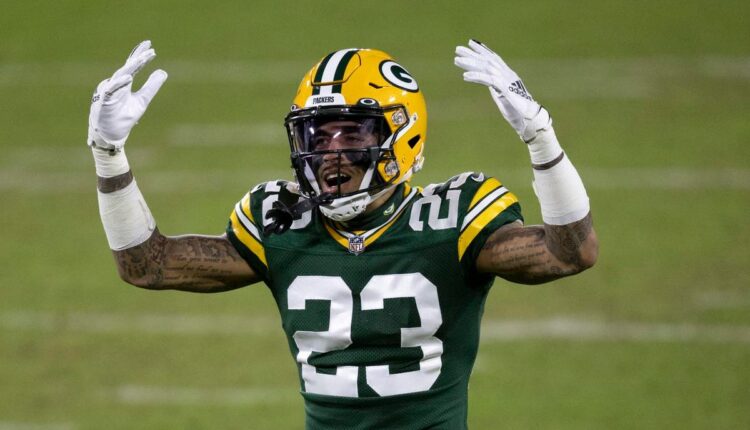 This is the ninth story in a series examining Green Bay’s positional groups. The first eight parts were on:

No. 11 came in the postseason — and it’s one Packer Nation will never forget.

Just 4 minutes, 41 seconds remained in January’s NFC Divisional playoff game at Lambeau Field. Despite a miserable game by the Aaron Rodgers-led offense, the Packers’ defense had been sublime and they led San Francisco, 10-3.

With the Packers facing a fourth-and-19 from their own 12, punter Corey Bojorquez stood 2 yards deep in his own endzone. San Francisco defensive lineman Jordan Willis overpowered long snapper Steven Wirtel and blocked the punt with his left hand. Safety Talanoa Hufanga recovered at the 7-yard line and raced to the end zone to tie the game.

“You could argue that was the difference in the game,” Packers coach Matt LaFleur said afterwards of the blocked punt. “I think it was more than just that play … but it obviously played a big part in us coming up short.”

Anyone that watched Green Bay’s special teams in 2021 understood this level of ineptitude was simply par for the course. The Packers finished 32nd — dead last — in special teams rankings compiled by longtime NFL writer Rick Gosselin.

That marked the fifth time since 2005 that Green Bay finished last in special teams rankings. The Packers also finished between 26th and 31st six other times in that stretch and had an average ranking of 25th, which was the worst in football.

After trying to address a bullet wound with a Band-Aid for nearly two decades, Green Bay finally called a surgeon this offseason.

LaFleur hired Rich Bisaccia — one of the NFL’s top special coaches the past two decades — to clean up Green Bay’s gigantic mess. The Packers also made Bisaccia the NFL’s highest special teams coordinator, with an average salary of $2 million.

Whether Bisaccia can fix a problem that’s lingered through three head coaches and five special teams coordinators could go a long way toward determining how Green Bay’s 2022 season goes.

“I think if you asked the coaches around the league, he’s regarded as one of the best in the business,” LaFleur said of Bisaccia. “Any time you can get a guy like that, that’s a big-time win for us. Ultimately, we all have to go out there and perform. But just in terms of the presence he brings, and the experience he brings, and the leadership he brings, it’s really going to benefit us.”

There’s no question Bisaccia, 62, has the track record to get things turned around.

Bisaccia has been a special teams coordinator the past 20 years, 11 of which he was also an assistant head coach or a head coach. In eight of those 20 seasons, Bisaccia’s units finished in the top-10 of Gosselin’s special teams rankings.

While Bisaccia’s Raiders were mediocre in special teams with an average finish of 17.8, ordinary would be a God-send in Green Bay.

Prior to Green Bay’s playoff loss to San Francisco, Rodgers said, “We just would like to play even (in special teams). Make some plays, kind of have a wash in the special teams. That’d be good.”

Of course, mediocrity isn’t what Bisaccia will be shooting for.

“You can look around and there’s a lot of plays that devastate your game, and there’s a lot of plays that propel your offense or your defense in a game,” Bisaccia said. “So I think once we can all understand the one-play mentality, what we’re trying to get across to them, how they can affect the game positively and negatively, I think maybe we’ll start to accomplish something here.”

For that to happen, a lot has to change. The list includes:

• Mason Crosby: The Packers’ all-time leading scorer made just 73.5% of his field goals (25 of 34) last year, the second-poorest season of his 15-year career. Crosby also had a field goal blocked in Green Bay’s playoff loss.

The Packers’ snapping and holding were subpar, meaning the entire operation must improve. But Crosby, who turns 38 in September and is entering the final year of his contract, will be kicking for his future this season.

The Packers took wideout Amari Rodgers in the third round of the 2021 draft, hoping to give their return units some life. Instead, Rodgers was overweight and averaged just 18.1 yards per kickoff return and 8.3 yards per punt return.

Rodgers will be pushed by rookies Christian Watson and Romeo Doubs for the kick return job, while the punt return position appears wide open.

“If you mess up, you’re going to lose confidence naturally,” Amari Rodgers said. “I just feel like me being a rookie, taking it all in and everything coming with being with the Packers, I feel like I let it get to me.

Chicago’s Jakeem Grant returned a punt 97 yards for a touchdown in Week 14, and the Packers allowed a critical 45-yard kickoff return to San Francisco’s Deebo Samuel in their playoff loss.

• Long snappers: The Packers dumped Hunter Bradley at midseason and replaced him with Wirtel. The results were so-so, at best.

Green Bay signed undrafted Jack Coco on May 18 to battle it out with Wirtel this summer. If neither impresses, it’s imperative Gutekunst upgrades a position that’s been subpar since Brett Goode last snapped in 2017.

This is the unappealing hand Bisaccia has been dealt. Now, he’ll try doing what no special teams coach in Green Bay has done since John Bonamego in 2003-2004 — succeed.

After years of pinching pennies with their special teams coordinators, though, Green Bay finally made a major financial commitment with Bisaccia. Can Bisaccia somehow turn water into wine?

“You just look at the guy’s experience. He has such a proven track record,” LaFleur said of Bisaccia. “I can tell he’s going to demand a lot from our guys, but he also cares so much just about everybody he’s working with.

“We’re super excited to have a guy like that. Again, his track record I would say it speaks for itself. I think we’re all going to benefit learning from him.”

After nearly two decades of ineptitude, the Packers have plenty to learn.

Whether or not Bisaccia can turn this group into serviceable students remains to be seen.