Could WR Denzel Mims be a good fit in Green Bay? 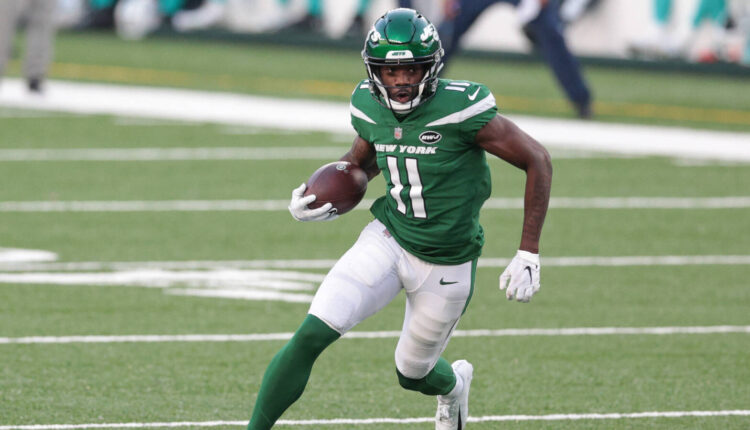 Going into the 2022 NFL season, the Green Bay Packers had a number of “what ifs” at the wide receiver position.

The Packers lost their top two wide receivers, Davante Adams and Marquez Valdes-Scantling, in the same off-season. Allen Lazard and Sammy Watkins will likely be vying for that number one wide receiver spot this season. After that, it figures to be a dog fight for playing time. If the Packers feel like adding another piece for cheap, the Jets may oblige.

Jets WR Denzel Mims has requested a trade (or release) from the New York Jets. The former second-round pick out of Baylor would like a fresh start. Mims was a three-year starter at the University of Baylor. He recorded 186 receptions, 2,925 yards and 28 touchdowns during his time at the university. After two years in the NFL, it seems Mims has had issues every step of the way. Mims slid unexpectedly far in the draft and then suffered a hamstring injury before the preseason, prolonging his rookie debut until Week 7 of that year.

While Mims accounted for only 279 of the 3,009 offensive snaps played by Jets wide receivers (9.3%), he accounted for 5 of the unit’s 10 penalties, meaning he had the same amount of penalties as every other wide receiver on the team combined. Drops were also an issue for him that season.

Why be optimistic if the Packers traded for him?

However, Denzel Mims is one of only seven wide receivers in league history to have at least 40+ receiving yards in each of their first six games. The other players are Andre Johnson, Amari Cooper, Stefon Diggs, Michael Thomas, Ceedee Lamb and Ja’Marr Chase.

In those six games, Mims also averaged 5.4 yards after the catch and had five broken tackles on 19 receptions. At the time, Mims was starting to look like a top wide receiver who was capable of making plays with the ball in his hands. The physical tools are there for Mims, it’s just a matter of putting them together and being in the right system. The Packers could potentially be that system.