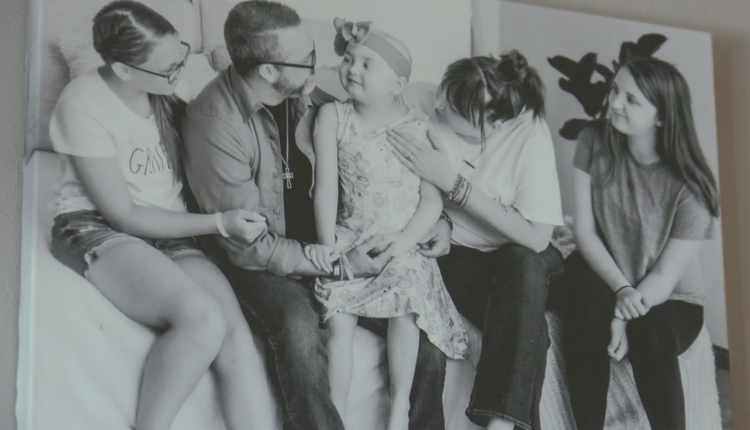 DARBOY, Wis. (WFRV) – After losing a daughter to brain cancer, a Darboy family has made it their life mission to help families that are going through what they went through.

“As parents of these warriors we have a responsibility to make these changes happen and bring this funding in,” said Curtis Vallier.

Vallier has taken his fight to Madison, speaking in front of the Committee on Human Services, Children, and Families to get Jaycee’s law, Senate Bill 1101 passed. It would give corporations a tax credit if they donate to a pediatric cancer research institution. State Senator Andre Jacque sponsored the bill and Vallier said the goal is to get it passed next time the legislature is in session.

He said he felt like the senators at the committee meeting were very receptive to the bill and that he’s hopeful that it can pass.

Vallier said he wants the state to do more to help families with children battling cancer and that money needs to get invested to study pediatric cancer.

“Watching one of these children fight whether it’s one of your own, it will change your life and your perspective on everything,” said Vallier.

For Vallier, the fight is personal because his daughter Jaycee passed away last summer after a long, courageous battle with brain cancer. When she was still living, the family created the Battlecorn Care Packages organization which provides toys and other comfort items to kids battling cancer.

Curtis and Trish Vallier said that Jaycee always loved helping people even at her young age and would even help the family prepare the care packages while she was going through her own cancer treatments.

Since Jaycee passed away, the family has intensified their efforts doing everything from fundraisers to fighting to get Jaycee’s Law passed.

Back to class: School bus and crosswalk traffic law reminders

“Our kids are the most important treasures that we have and we need to start thinking like that.” said Vallier.

Joining Vallier in the fight is Kirsten Neiss. Her daughter Samantha is battling a rare form of liver cancer. The families met when they were at the same hospital getting treatment for their daughters.

Vallier said his goal is for Jaycee’s Law to get passed once the state legislature goes back into session.

“We have to make politicians and people with power uncomfortable so that they can make a difference in this,” says Curtis Vallier.

Severe thunderstorm warning issued – West of the I