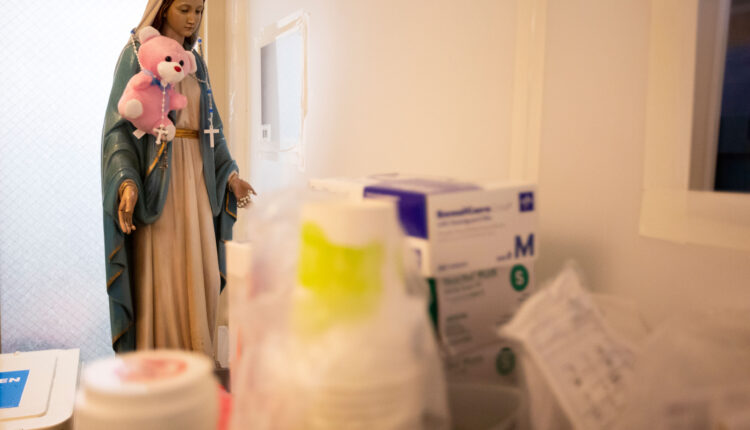 As the University of California’s health system renews contracts with hundreds of outside hospitals and clinics — many with religious affiliations — some of its doctors and faculty want stronger language to ensure that physicians can perform the treatments they deem appropriate, including abortions for women or hysterectomies for transgender patients.

University of California Health is in the middle of a two-year process to renew contracts with affiliate hospitals and clinics that help the university deliver care in underserved parts of the state. Many of the agreements are with faith-based facilities, including prominent hospitals operated by Dignity Health, Providence, or Adventist Health. Such arrangements generate more than $20 million a year for the UC system and help the public university approach its goal of improving public health.

The current policy, adopted in 2021, states that UC physicians have the freedom to advise, refer, prescribe, or provide emergency care, covering cases in which moving a patient “would risk material deterioration to the patient’s condition.” But some UC doctors and faculty worry that physicians would be allowed to perform certain surgeries only in an emergency.

They want to add a clause stating that physicians have the right to perform procedures in a manner they deem advisable or necessary without waiting for the patient’s condition to get worse.

Others have gone so far as to urge the university to reject partnerships with hospitals that have ethical and religious directives against sterilization, abortion, some miscarriage management procedures, and some gender-affirming treatments. The Academic Senate, a faculty body that helps the university set academic policies, and other faculty councils urged the university’s president to avoid working with health care facilities because many have restrictions that “have the potential for discriminatory impact on patients.”

In response, university leaders have pledged publicly to ensure that doctors and trainees can provide whatever care they deem necessary at affiliated facilities but haven’t made changes to the policy language.

“We’ve made it clear that the treating provider is the one to decide if an emergency exists and when to act,” said Dr. Carrie Byington, executive vice president for University of California Health, at a fall meeting of the UC Board of Regents, the governing board of the university system.

UC Health has given itself until the end of this year to make contracts conform to its new policy. During the October board meeting, staffers estimated that one-third of the contracts had been evaluated. Administrators haven’t said whether the current policy thwarted any contracts.

Back in June 2021, the regents approved the policy governing how its doctors practice at outside hospitals and clinics with religious or ethical restrictions. Regent John Pérez made significant amendments to a staff proposal. At the time, it was celebrated as a win by those advocating for the university to push back on religious directives from affiliates.

Pérez noted at the time that his amendments were aimed at “making clear that it’s the regents’ expectation in policy that nothing that is not based on science or [the] best practice of medicine should limit the ability of our practitioners to practice medicine in the interest of the patients.”

But some doctors and faculty said Pérez’s proposal was then wordsmithed as it was converted from the regents’ vote into a formal policy months later. Some questioned whether the policy could be interpreted as restricting services unless there is an emergency, and said it does not go far enough to define an emergency.

“It sounds pretty good,” Dr. Tabetha Harken, director of the Complex Family Planning, Obstetrics & Gynecology division at the UC Irvine School of Medicine, testified before the board. “It passes the commonsense test, but in reality, this is just the federal minimum requirement of care.”

At the regents’ meetings, concerned doctors offered examples of pregnancy and gender-affirming care they believe would be at risk in some hospitals.

One was tubal ligation or sterilization procedures immediately after birth to prevent future pregnancies that may put the woman at risk. It’s a simpler procedure if done postpartum because the uterus is larger than normal and it eliminates the need for additional surgery, said Dr. Jennifer Kerns, an associate professor at UC-San Francisco and director of the school’s Complex Family Planning Fellowship.

Dr. Mya Zapata of UCLA Health described cases of two patients who might not be able to get the same care at a religiously restricted hospital: a trans male who seeks out a hysterectomy based on a mental health referral for gender-affirming surgery, and a cisgender female who seeks out the same procedure for uterine fibroids.

In a hospital with restrictions, Zapata said, the cisgender patient would be able to get the surgery but the trans patient would not, despite both being considered nonemergency cases.

But it’s unclear if physicians are running into problems. UC Health leaders said there have been no formal complaints from university doctors or trainees practicing at affiliate medical centers about being blocked from providing care.

Critics said the lack of complaints may not reflect reality since physicians may find workarounds by transferring or referring patients elsewhere. One researcher, Lori Freedman, who works at UCSF, has spoken to dozens of doctors working at religious-affiliated hospitals across the country. Many have not filed complaints about care restrictions out of fear they’d put their job at risk, she said.

The debate stems from a partnership with Dignity Health, a Catholic-affiliated hospital system. In 2019, UCSF Medical Center leaders considered a controversial plan to create a formal affiliation with Dignity. Critics voiced opposition in heated public meetings, and the plan drew condemnation from dozens of reproductive justice advocates and the gay and transgender communities. UCSF ultimately backed off the plan.

When it became clear that UC medical centers across the state had similar affiliation contracts, faculty members raised additional concerns. Janet Napolitano, then president of the UC system, convened a working group to evaluate the consequences of ending all agreements with organizations that have religious restrictions. Ultimately, the group stressed the importance of maintaining partnerships to provide care to medically underserved populations.

“With 1 in 7 patients in the U.S. being cared for in a Catholic hospital,” the group wrote in its report, “UC’s isolating itself from major participants in the health care system would undermine our mission.”

Dignity Health, which merged in 2019 with Catholic Health Initiatives to form CommonSpirit Health, has already reached a new contract that adopts the updated UC policy. Chad Burns, a spokesperson for Dignity, said the hospital system values working with UC Health for its expertise in specialties, such as pediatric trauma, cancer, HIV, and mental health. He added that the updated agreement reflects “the shared values of UC and Dignity Health.”

Some UC doctors point out that they have not only public support, but legal standing to perform a variety of reproductive and contraceptive treatments. After California voters passed Proposition 1, the state constitution was officially changed in December to affirm that people have a right to choose to have an abortion or use contraceptives. Unlike health systems in other states, some faculty say UC Health can assert reproductive rights.

“We have a lot of latitude, being in California, to be able to make these decisions and stand in our power,” Kerns said. “I think it’s our responsibility to do so.”

Other doctors say the university system should prioritize public service. Dr. Tamera Hatfield, a maternal-fetal medicine specialist at UC-Irvine, testified at a regents’ meeting that she had never been asked to modify care for patients based on religious restrictions since her department formed an affiliation with Providence St. Joseph Hospital-Orange about a decade ago.

“Partnering with faith-based institutions dedicated to serving vulnerable populations affords opportunities to patients who are least able to navigate our complex health systems,” she said.

Racine at the center of Wisconsin’s election conspiracy universe