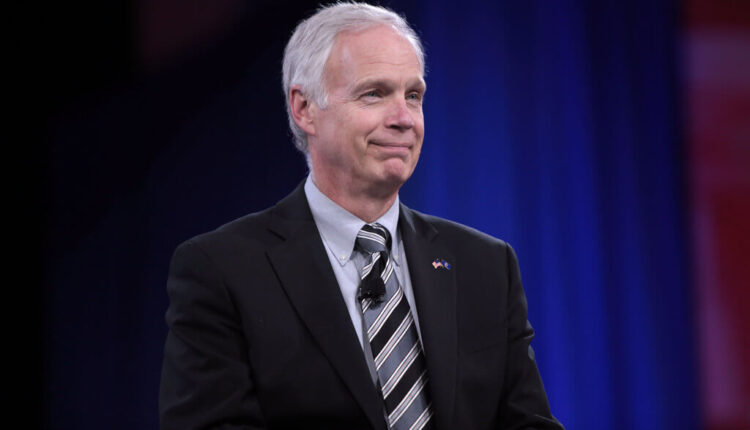 U.S. Sen. Ron Johnson spoke to the then-chairman of the Wisconsin Republican Party about having the Republican-controlled Legislature, rather than the voters, choose Wisconsin’s presidential electors in the weeks after the 2020 election, according to documents released by the House Jan. 6 committee.

Andrew Hitt, who served as the state party’s chairman until February of 2021, testified to the committee that Johnson was making a “general complaint” about the election, but he also provided the committee with text messages he sent the party’s executive director Mark Jefferson in which the two of them discussed Johnson’s request.

The texts were sent on Dec. 7, 2020. Just a week later, on the same day that the state’s official electors cast Wisconsin’s Electoral College votes for Joe Biden, Hitt and a number of other state Republican officials met in secret and cast purported electoral votes for former President Donald Trump — even though he had lost the election and had no remaining legal options for changing the outcome.

“Ron called me right after and now is arguing for us to have the legislature choose the electors. OMG,” Hitt’s message said.

“What is he doing?” Jefferson replied.

“There is a huge amount of pressure building on them to find a way around the Electoral College,” Hitt told Jefferson.

“How can he feel good about promoting that though?” Jefferson said. “Does he believe we won here?”

In a statement to the AP, Johnson said the release of the texts amounted to a “smear” by the committee.

“I have no recollection of the phone call referenced in the texts, and therefore do not know the context of any comment I might have made,” Johnson said. “My goal since the November 2020 elections has consistently been to restore confidence in our election system.”

The committee’s investigation had previously revealed that members of Johnson’s staff had attempted to get the false slates of electors from both Wisconsin and Michigan hand-delivered to then-Vice President Mike Pence. Pence’s staff rejected the attempt.

The senator also met with Republican lawmakers in Wisconsin shortly after the election that November to discuss the possibility of them removing the responsibility of election administration from the bipartisan Wisconsin Elections Commission and giving it to themselves.

Last month, the Jan. 6 committee released an 814-page report in which it laid out the case that Trump and other Republicans had attempted to overturn the results of the election by any means necessary and that those actions had resulted in the violent attack on the U.S. Capitol.

The report includes a number of references to Wisconsin, one of the swing states that decided the election in 2020 and has since become a hotbed of election conspiracy theories. The report revealed that Trump called Republican Assembly Speaker Robin Vos a number of times throughout 2021 in an effort to force a more aggressive investigation into the election and push lawmakers into taking the illegal action of decertifying the election results.

ERI Teams with All Metals Recycling to Offer First E-Waste Recycling Event of the Year in Madison, Wisconsin