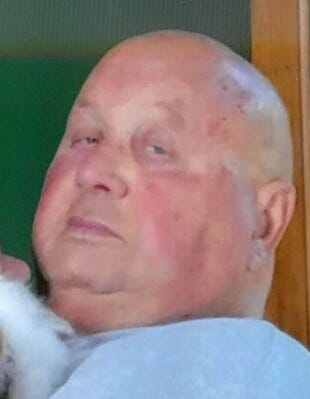 Douglas “Doug” J. Santy, 84, of Green Bay died on Wednesday, January 18, 2023 at St. Vincent Hospital in Green Bay. Doug was born on November 24, 1938 in Green Bay to John F. and Virginia C. (Brown) Santy. He was a 1957 graduate of Green Bay West High School. Doug served his country in the United States Army. In 1969 he began his career as a Master Electrician at Fort Howard Paper and was there until his retirement in 1999. After his retirement he enjoyed volunteering at Bellin Hospital, woodworking and landscaping. Having served his country in the Army, he was proud of all his friends he made of fellow veterans through the years as a member in the Vietnam Veterans of America; Chapter 224; and American Legion: Post 518 of which he served for many years as an officer in the post. He was especially proud of having served on The Committee for the Planning and Building of the Brown County Veterans Memorial. After the dedication of the memorial on May 23, 2003, he was elected to the Board of Directors of the memorial and has served as an officer retiring in 2022. Doug is survived by two daughters: Ann Marie (Erick) Finke, and Katherine ( Chris) Sarns; granddaughter: Eva Finke, whom he was very proud of; two brothers: Thomas (Ann) Santy, and Jeffrey (Joan) Santy; and six sisters: Jane (Tom) Schauer, Eileen (Vern) Schuessler, Mary Rose (Allen) Hansen, Christine Lambie, Claire (Gail) Anderson, and Laurie Santy. He is further survived by nieces, nephews, other relatives and friends. Doug was preceded in death by his parents: John and Virginia Santy; and brother-in-law: Lee Lambie. A funeral service to celebrate Doug’s life will be held at 6:00 pm on Saturday, January 21, 2023 at the Lyndahl Funeral Home. Full military honors will conclude the service. Relatives and friends may greet the family at the funeral home from 4:00 pm until the time of service at 6:00 pm. Expressions of sympathy can be made to the family by visiting www.lyndahl.com The family wishes to extend a heartfelt thank you to the staff of Unity Hospice for their care and compassion that they gave to Doug. The Lyndahl Funeral Home and Cremation Services is assisting the family with arrangements.