Experts warn of election ‘havoc’ across the U.S. if North Carolina case succeeds 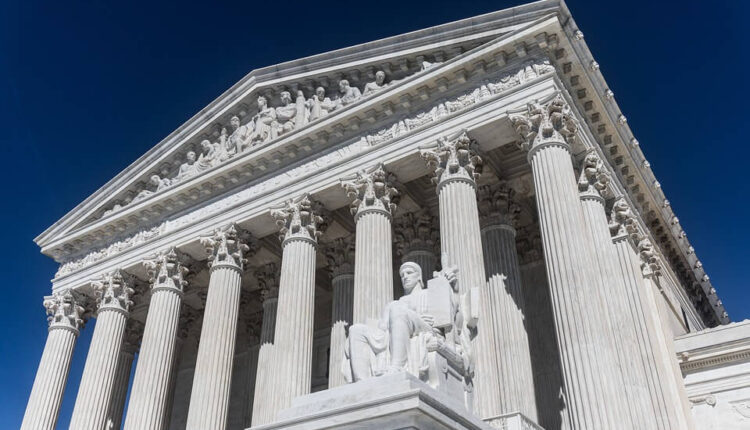 WASHINGTON —  Legal experts on Thursday warned lawmakers on the U.S. House Administration Committee that if the U.S. Supreme Court upholds a North Carolina case that embraces a fringe election theory, it would undermine future elections across the country.

“To be blunt, it would be extraordinary destabilizing,” said Carolyn Shapiro, a law professor at the Chicago-Kent College of Law.

The committee held the hearing in response to concerns that the Supreme Court could uphold the so-called state legislature theory, which argues that the Constitution gives legislatures the ability to regulate federal elections without oversight from state courts.

Conservative activists have pushed the theory, most notably after the 2020 presidential election, when then-President Donald Trump used the theory to try to overturn election results, said Eliza Sweren-Becker of the Brennan Center for Justice, which is a liberal nonprofit law and public policy institute.

Sweren-Becker said that if the Supreme Court upholds the case, the consequences would stretch beyond North Carolina and “wreak havoc on election nationwide.”

“All this would undermine the public’s already wavering faith in our democracy,” Sweren-Becker said.

She said that federal law would prohibit state legislatures from overturning the results of the election, and that the claim is “not a license to coup.”

“But the notion would open the door to anti-democratic shenanigans and even failed efforts to manipulate our elections, erode trust and ultimately participation in our democracy,” she said.

The court will hear the case, Moore v. Harper, next term. The case is about the newly drawn maps for North Carolina’s 14 congressional seats. The North Carolina Supreme Court found the maps violated the state’s constitution because of gerrymandering.

State Republicans argue that the U.S. Constitution’s Elections Clause gives state legislatures the ability to define congressional districts without the checks and balances of the state constitutions or courts.

The ranking member on the U.S. House panel, Rep. Rodney Davis, an Illinois Republican, said that it was a complicated theory and accused Democrats of “suggesting this theory is all a grand plan by Republicans to steal the (2024) election,” and “use this theory as a ‘doomsday type scenario’ to fundraise.”

Rep. Barry Loudermilk, a Georgia Republican, said there are still restraints on state legislatures and that he believed they should not be allowed to overrule their own constitutions.

“I don’t want us to jump to conclusions that the Supreme Court would embrace an extreme version of this,” he said.

Rep. Bryan Steil, a Wisconsin Republican, asked Sweren-Becker if voters provided a type of checks and balances on state legislatures.

“Yes, absolutely,” she said. “And that’s why it’s so concerning that this notion could remove the power of voters to enact laws through direct democracy.”

Milwaukee County Board split on ballot referenda for November