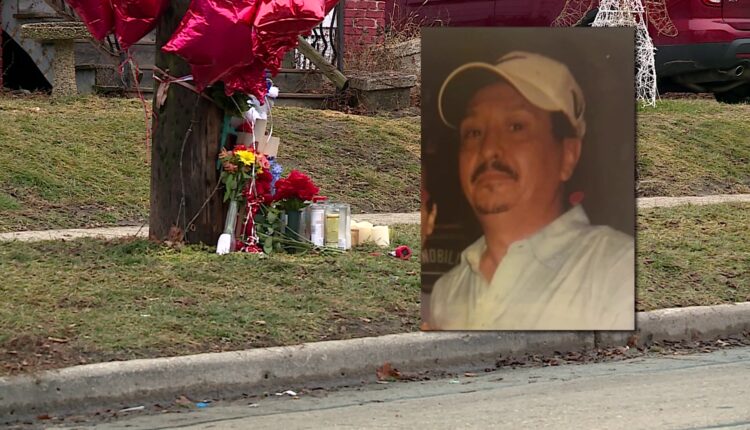 The victim, Anthony Morales, was found lying in the street outside his home, along with broken parts of the suspect vehicle.

“He was hit from behind and wasn’t expecting it,” said Morales’ grandson, Andrew Rivera. “We were told the guy was going about 20-30 miles an hour.”

Morales’ family members are pushing for justice, and said they are doing their own investigative work to find the suspect.

“You don’t do that to somebody. You don’t. If you hit somebody, no matter what it is, you should stop,” Rivera said.

Morales’ grandson told CBS 58 he reached out to the community via social media to help locate the car.

“I’m like, it’s time to find this guy. Now I know the vehicle, so I went to work,” Rivera said.

Rivera told CBS 58 that a tip led him to a Racine auto body shop, where he found a vehicle matching the description.

Rivera said he called the police, who took the car in evidence last week.

Even with this evidence, the family is upset that the suspect is still on the loose.

“Turn yourself in, admit to the guilt, and let’s move on,” Rivera said. “My grandfather, because of the person that he was, he would want justice to get served.”

Rivera said his family can’t truly mourn until they have closure.

Racine police said they cannot provide an update on the investigation at this time.

Packers Reacts Survey, Week 18: Who do you want to face in the playoffs?