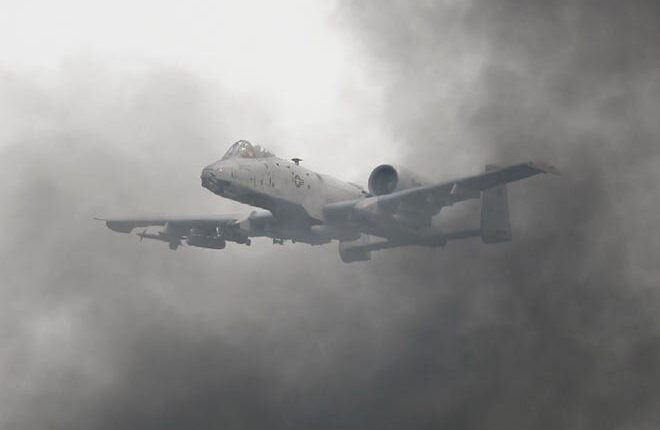 OSHKOSH – The Experimental Aircraft Association’s 69th annual AirVenture convention launches next week with crowds over half a million gathering to learn about aviation, watch airshows and peruse exhibits.

There are a lot of interesting details about AirVenture, especially considering the fly-in is the largest event of its kind in the world.

Here are five facts you probably didn’t know about AirVenture, even if you are the most seasoned participant:

With planes landing every 10 to 12 seconds during peak times, and more than 55 air traffic controllers to manage the aircraft, Wittman Regional Airport becomes the busiest airport in the world during AirVenture.

“What makes it even more interesting is at those big airports, it’s primarily airliners and air cargo,” Knapinski said. “Here you could have an airliner followed by a vintage biplane, followed by an F-16 followed by a warbird from World War II.”

RELATED:Here’s everything you need to know about EAA AirVenture 2022, from new features to ticket prices

As part of AirVenture, around 100 sea planes land on Lake Winnebago and park in a sheltered lagoon on the lake.

Knapinski said visitors can take a shuttle to see the sea planes as part of their original ticket purchase. He added that the planes take off and land throughout the week for guests to watch.

The EAA campground population rivals that of area cities

During the week of AirVenture roughly 40,000 people call the EAA campgrounds home, and the area becomes its own city complete with shower buildings, grocery stores, garbage pickup, security, fire protection and, for some campers, water and electricity.

For comparison, the city of Oshkosh has just over 66,000 residents according to 2020 census data, and neighboring Fond du Lac has just under 43,000.

The campgrounds have 12,000 available sites for aviation enthusiasts to live in the center of the action for the week. Knapinski said they provide everything the campers may need during their stay, including buildings stocked with the essentials from milk and brats to insect repellent. In total there are five grocery stores on site for campers.

But what goes in must come out, to accommodate the campers and daily visitors: 1,000 portable toilets are set up for the event.

A University of Wisconsin Oshkosh study of the 2017 EAA AirVenture found that the event contributes $170 million in economic benefit to five local counties including Winnebago, Fond du Lac, Outagamie, Calumet and Brown.

About 70% of visitors who come to the event come from outside of Wisconsin, bringing money into the state.

Roughly 800 exhibitors set up at AirVenture

Around 800 exhibitors set up at EAA each year to sell merchandise, and even planes to visitors. If you get tired of watching the flight shows, there are plenty of opportunities to shop.

“I kid people that you can buy a T-shirt with an airplane on it,” Knapinski said, “then go next door and buy the airplane to match the T-shirt if you like.”

Alexandria Bursiek Kloehn is a business reporter for the Green Bay Press-Gazette. You can reach her at [email protected] or view her Twitter profile at @bursiekkloehn.

Watch: Why the Public Health System Is Having Trouble Containing Monkeypox