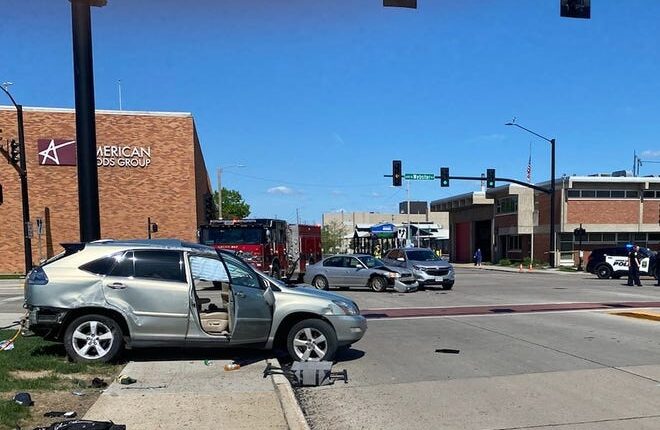 GREEN BAY – Green Bay police have identified the man killed in a three-vehicle crash on May 15 at University and North Webster avenues.

The crash closed the intersection for several hours as officers from the Police Department’s accident reconstruction unit worked to piece together the cause of the crash, which left golf clubs and other debris from one of the cars scattered around the intersection.

Richards’ 2004 Lexus sport-utility vehicle was left straddling the sidewalk southeast of the intersection. The other vehicles in the crash — a Chevrolet SUV and a silver sedan — came to rest in the intersection.

Abortion access banned or at-risk in nearly half of U.S. states