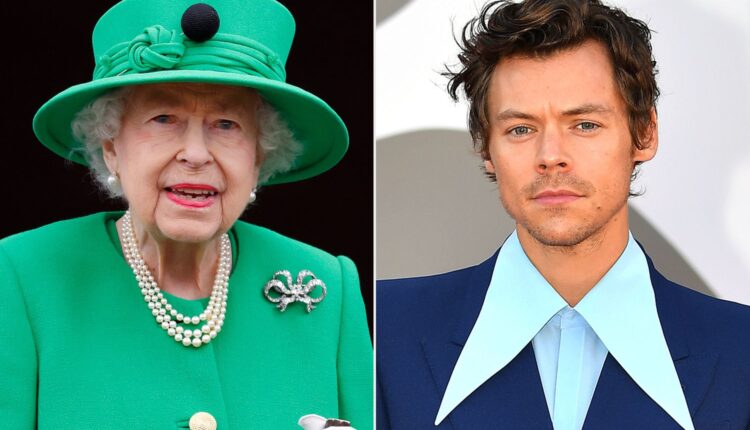 Harry Styles worked in a tribute to Queen Elizabeth II amid his 15-night Madison Square Garden residency following news of the monarch’s death at age 96.

During Thursday night’s show in New York City, the musician took a moment between songs to ask the crowd to applaud the late Queen’s decades-long reign over the United Kingdom.

“From my homeland, there’s some very sad news today: the passing of Queen Elizabeth II. Please join me in a round of applause for 70 years of service,” Styles, 28, told the crowd as he stood on stage, electric guitar strapped to his body.

The “As It Was” singer then paused for several moments and raised his hands above his head to lead the audience in applause, as seen in the footage shared by iHeartRadio.

Can’t get enough of PEOPLE’s Royals coverage? Sign up for our free royals newsletter to get the latest updates on Kate Middleton, Meghan Markle and more!

Styles was among thousands of Britons who mourned the loss of the UK’s longest-reigning monarch in the immediate aftermath of her death Thursday. Another prominent British musician, Elton John, paid tribute to Queen Elizabeth Thursday with a poignant statement on Instagram.

“Along with the rest of the nation, I am deeply saddened to hear the news of Her Majesty Queen Elizabeth’s passing,” wrote John, 75, in his post. “She was an inspiring presence to be around and led the country through some of our greatest and darkest moments with grace, decency and a genuine caring warmth.”

He concluded, “Queen Elizabeth has been a huge part of my life from childhood to this day, and I will miss her dearly.”

The piano man’s relationship with the Queen goes back decades. In 1998, she knighted him for his work in music and philanthropy, according to the Associated Press.

“Her Majesty said she hoped being here today didn’t interfere too much with my arrangements,” John told the AP at the time. “She said I must be terribly busy, but this is not the sort of thing you put off.”

Thursday was also not the first time Styles has offered a shoutout to a British icon during his late-summer run at MSG. On Aug. 22, the musician took a moment during his sold-out concert to wish his longtime pal James Corden a happy 44th birthday.

“There is a friend of mine tonight, it’s his birthday, his name is James,” Styles told the audience, as they erupted in cheers before breaking into an impromptu version of “Happy Birthday.”

“I can’t believe you did this H! It was the best part of my birthday. Thanks to everyone at MSG for joining in! ❤️❤️❤️” Corden captioned a video of the crowd serenading him.

Many Preventive Medical Services Cost Patients Nothing. Will a Texas Court Decision Change That?