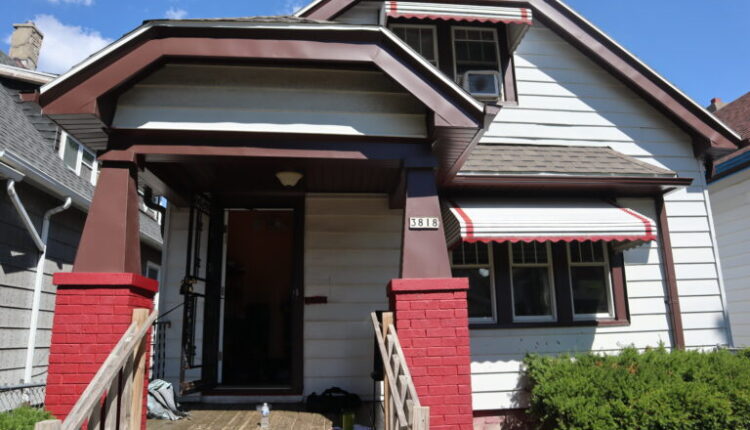 “As hard as you can work, you can’t work enough hours at $7.25 an hour and be able to provide health care for yourself, to be able to provide opportunity for yourself,” Congresswoman Gwen Moore told Wisconsin Examiner, following the screening of the documentary Grit & Grace. The film, produced by the U.S. House Select Committee on Economic Disparity and Fairness in Growth, aired alongside the release of a 187-page report by the committee detailing the impact of wealth inequality nationwide. Whereas the documentary humanized the people who are losing their grip on the American Dream, the report offered a granular view of the issue and policy recommendations to help turn the tide.

The committee report notes that income inequality has worsened since the 1980’s and 90’s. “Today,” the report states, “income and wealth inequality is higher in the U.S. than nearly any other developed nation, and it’s getting worse.” The report add that  “disturbingly, the ability to climb the economic ladder — so central to the American Dream — has all but disappeared. …  [A]s wages for most workers stagnated, the costs of housing, health care, child care, and higher education have soared.”

American workers’ paychecks grew as productivity increased in the decades after World War II. But after 1980 productivity began to rise much faster than wages. The difference in average pay for CEOs and their employees at large corporations was 20:1 in 1965, the report notes; last year, it was nearly 400:1.

In Wisconsin today, the minimum wage rests at $7.25, mirroring the stagnating federal minimum wage. That’s just 29.9% of what a living wage should be in the Badger State, according to Oxfam, a worldwide anti-poverty organization.

Decades of segregation exacerbate the harms of poverty. The practice of redlining, for example, singled out Black, brown and immigrant neighborhoods as “hazardous” to invest in. In Milwaukee, one of the country’s most segregated cities, that has resulted in gaping health and wellness disparities between communities that are right next door to each other. A Milwaukee resident who is white, for instance, will live an average of 14 years longer than a Black resident of the city. The 42% disparity between the income of median Black households in Milwaukee and white non-Hispanic households is the biggest racial disparity in the country.

The legacy of redlining in Milwaukee was a big focus for Moore during her time on the committee. She brought committee members to Milwaukee, shining a spotlight on her hometown. “I live in a state where 50% of the folks are rent depressed,” says Moore.  “They’re paying over 30% of their income for rent.” Although increasing home ownership in the city has been a stated goal of both city and county leadership, it’s a tall hill to climb. As of Dec. 10, eviction filings in Milwaukee are up 51% above average.

“Housing is a crisis everywhere in the country,” says Moore. Unlike San Francisco, where high housing costs have priced even upper-income residents out of the city, in Milwaukee low wages are the biggest problem for people who can’t afford housing. The committee’s visit to Milwaukee presented its members with a city marred by de-industrialization and divided by racial housing covenants and redlining. Moore, who grew up in Milwaukee, stresses that it’s a city where “17,000 jobs were lost in a 30-year period, which really hollowed out the middle class.”

A tale of three families

The struggle to climb back up the economic ladder is stressing families across the country. Visualizing and humanizing their struggle was the goal of the documentary Grit & Grace. The film follows three families all trying to navigate their way back to the American Dream. Joseph Graham Jr., an African American father who lives in Concord, North Carolina, describes his parents working hard to send him to mostly white Christian schools. There he faced racism from white students and teachers, especially as more kids of color enrolled in the school.

Later Graham went to university, but couldn’t afford to go for longer than a year. “Here it is my parents have been paying tuition for me since kindergarten, but still didn’t have enough for me to go to college,” says Graham. “It’s a wake-up call about economics. I can’t go back to college, and I loved it.” Graham has focused on ensuring that his children are guaranteed the opportunities he didn’t have. Graham also works as a  religious mentor, advising youth on how to find spiritual motivation to go to college.

Alicia Villanueva immigrated from Mexico and started her own tamale business out of her home in California. “Every night I cook tamales, like 100 tamales per night,” she says in the film. “I was cleaning houses and then taking care of my kids while bringing them home to do homework and everything, put them to bed.” Late at night,  Villanueva works on her tamales, which she  plans to sell the next day. The work usually ends well after 3:00 in the morning. To grow her business she sought education. Then, in 2020 when the COVID-19 pandemic swept the world, Villanueva found her business frozen in place. “Everything disappeared,” she says.

The pandemic also put a stop to business for the Cook family of West Virginia. “We run a glass business,” says Jeremy Cook, the patriarch of the family. Their business focuses on specific glass styles originating in West Virginia. The business was built out of the family home, largely due to the level of care required for the family’s twin boys who both have autism. The Cooks have four children. When COVID set in, they had to transition to online sales. That requires them to depend on social media and video streaming services to get word out about their business. In rural West Virginia though, as Jeremy Cook says, “infrastructure in this area is horrible. You can’t hardly stream.” He adds, “they are just now putting in fiber net in the city. What’s this, 25 years later than most cities?”

A picture of the Cook family, with Jeremy Cook sitting on the left. (Screenshot | Grit & Grace)

Although the Cooks receive state assistance for their twin boys, the help they get isn’t enough to cover the boys’ monthly food bills. “If we leave this state, they will automatically lose their benefits,” says Jeremy. “We can’t even move to possibly benefit ourselves, or benefit our boys, benefit our business.” Later in the film he says, through tears, “Nobody will ever understand what it’s like to have to plan your death, and plan for your children’s death, all of your life. Every day.” Each of the families, the Cooks, Grahams and Villanuevas, have experienced lack of access to health care, education and adequate prosperity despite all their hard work.

Their stories stuck with Congresswoman Moore after  she saw the 30-minute documentary. “You never saw more hardworking people than those three,” Moore says. Still, Moore noted that all three of the families in the film were entrepreneurs, and didn’t necessarily represent the totality of Americans who are struggling. There are millions of eople just looking “for a fair shot out here in the labor market,” women trying to climb the ladder at work and low-wage workers who prop up the U.S. economy Moore remembers her own experiences of having to choose between taking care of her sick children at home, which would mean she wouldn’t be paid that day, or going to work and leaving them alone at home.

Recommendations from the Committee Report

Solutions to these realities may seem daunting, but strategies do exist. For one, Moore tells Wisconsin Examiner, “the wealthy ought to pay their fair share.” She stresses that “the only time we have seen this kind of inequality in recent history has been right before the collapse of the Great Depression and of course in the Great Recession of 2007. That kind of inequality does not support our capitalist democracy.” Moore adds that 70% of the economy depends on people being able to buy and consume. “You’re contracting the ability to do that,” says Moore, speaking of the amount of wealth inequality between the mega wealthy and the average American. Moore also says that corporations must be sufficiently regulated to ensure the common good is preserved.

The committee’s report also provides several recommendations. Increasing federal funding for early childhood education is No. 1. “Congress should increase funding for states to help them offer high-quality early childhood education, including universal pre-K for all three-and four-year olds,” the report states. “Funding should focus first on expanding access for low-and middle-income children, for whom the gains from early childhood education are greatest.” The report adds that Congress should support funding to ensure families can afford high-quality child care that costs no more than 7% of their income. President Joe Biden’s original Build Back Better plan included universal pre-K. However, that plan was stripped out of the final bill after pushback from conservative Democrats and the GOP.

Supporting lifelong education, access to college and training in the trades is another recommendation in  the report. Apprenticeships are also a big piece, with the Department of Labor estimating that 93% of people who complete apprenticeships get jobs at an average salary of $77,000, the report notes. “Unfortunately,” it states, “apprenticeships have not yet been widely adopted beyond construction and other trade occupations.” 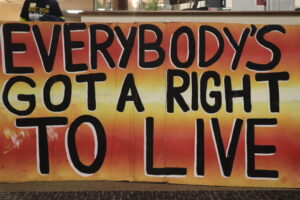 The committee report also recommends free community college and the institution of programs to help students with child care and transportation needs. Paid leave is also mentioned in the report, especially for mothers. “A mother’s access to paid family leave at the time of a birth increases labor market participation by 5%, the report notes. “But, in its absence, 30% of those women leave the labor market.”

The committee’s report ends by applauding the bipartisan efforts that went into its completion, while nodding to the work ahead. “Members have reimagined this committee into a positive action plan for the next Congress, hearing what hurt workers and families under one-party rule and how the country can improve,” it concludes. “The bills highlighted in this report represent an agenda that members are committed to pursuing in the next Congress. This is not just a philosophy, but an action plan.”

HIV Outbreak Persists as Officials Push Back Against Containment Efforts