If we can’t stop the shootings, maybe we should stop having parades 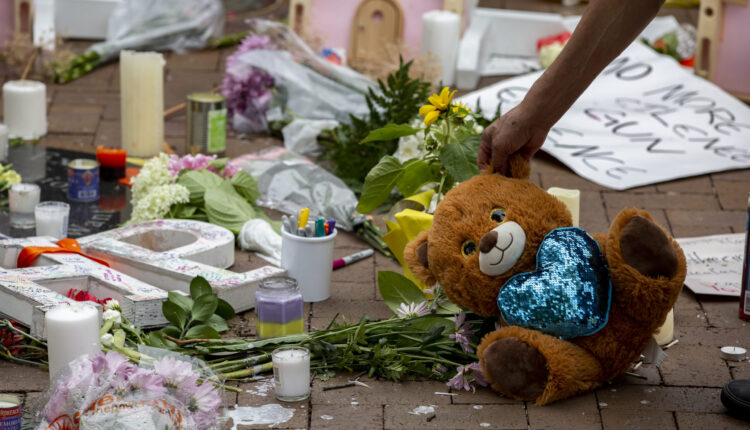 In the wake of the latest massacre of innocent Americans, this time not far across the Wisconsin state line in Highland Park, Illinois, maybe it’s time we end parades and other events where people who gather to celebrate are turned into victims.

And with all the concerns voiced about taxes, maybe we’d just better admit that we can’t afford the kind of police presence needed to secure parade routes and any number of other soft targets. From a pragmatic point of view, one would think an insurer would inform a community that parades and other events that put people at risk of being slaughtered are out.

Maybe it’s just time to admit that the gun heads have won. With an estimated 20 million semi-automatic assault weapons in the U.S., the risk is just too high to take the chance and too expensive to prevent. Perhaps we can hold parades in secure settings, like enclosed athletic stadiums, surrounded by guards. This is our world today, and the sooner we admit it, the better off we’ll be. America is armed to the teeth, and as the rash of massacres by men toting weapons of mass carnage makes clear, it’s time to reduce risk. While guns are the major cause of these massacres, there are other risks from such gatherings. Remember the Christmas parade last year in Waukesha, when the deranged driver of a sport utility vehicle killed six people and injured sixty-two others by slamming into participants? Maybe insurance companies that provide liability and other coverage to municipalities will step up and do what communities won’t. We just can’t afford carnage. It is eating at our souls.

Yes, it looks like the precious Second Amendment has superseded all others. Maybe we should just call it the First Amendment and leave it at that. The current First Amendment addresses the “right of the people peaceably to assemble.” Not in America. That right has been taken away from us, even when we gather in places of worship. This is the new American Exceptionalism. How exceptional are we? In a July 4 email exchange with friends, one fellow commented about vacationing in Austria. He was happy to be eating goulash and spätzle in Vienna instead of watching fireworks. “Not missing the culture of selfishness masquerading as exceptionalism,” he wrote. “Enjoying being in a city where residents of all ages are out strolling together until midnight without fear of shooting or mugging.”

Not in America. People out strolling around Water Street and Juneau Avenue in Milwaukee in May were sent scurrying when gunfire erupted just after the completion of the NBA playoff game nearby. At least 16 people were wounded. After that incident, a police spokesperson stated what we all know: The police are outgunned today. And the horror they and other emergency personnel witness makes one wonder why anyone would choose such a line of work. Yes, it’s true, the gun heads have won. At least for now.

Highland Park isn’t much different than any number of communities across Wisconsin and the Midwest. I usually can’t bear to watch the news coverage in the aftermath of these slaughters. But with family and friends in and around Chicago, my July 4 afternoon included watching coverage of the tragedy – seeing distraught innocents and overwhelmed safety personnel, hearing graphic descriptions of the way bodies are torn to pieces by these weapons of mass carnage, hearing residents talk about the community they love being desecrated.

It rained in parts of Wisconsin on July 4, forcing several communities to cancel their parades and other festivities. Maybe it’s just as well. Who knows what slaughters might have been averted? Apparently the alleged Highland Park shooter, Robert Crimo III, “seriously contemplated” a Madison shooting after he drove to Wisconsin following the killings in Highland Park.

Freedom is not free, or so the saying goes. On our so-called Independence Day this year, we learned that freedom to assemble is a thing of the past. The risk is just too great, I guess.

Now that we know this, we can also admit another truth that has become self-evident: Those in positions of power who oppose meaningful gun control are accomplices to the slaughter we are forced to endure, and they ought to be treated accordingly. As for those who would mourn the decision to end parades and other celebrations because of the high risk and expense, the obvious answer is  to get these accomplices out of office as soon as possible. Our lives depend on it.