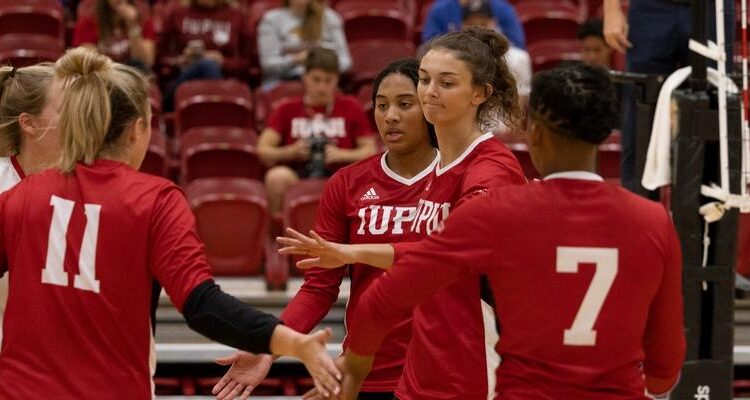 INDIANAPOLIS – The IUPUI volleyball team opened Horizon League play with a loss to Green Bay at home, 3-0. Millai Madison and Allie Pogue led the Jaguar attack with 11 kills each.

In the opening set, the Phoenix set the tone with a .355 hitting percentage compared to the Jaguars .147 percentage to take the 1-0 lead, 25-19. Sophomore Briana Brown led set one with four kills followed by Madison with three.

The Jaguars started off slow in the second set, falling behind 10-3. Green bay finished off the set at 25-14 to take the 2-0 lead. Pogue recorded six kills to lead the attack. The Phoenix took set three, 25-20 to close out the match in straight sets, 3-0.

Madison hit .476 percent with 11 kills while Pogue finished with a .229 percent and 11 kills. Darragh Dixon collected 15 assists and one service ace while Brooke Phillips collected 11 digs.