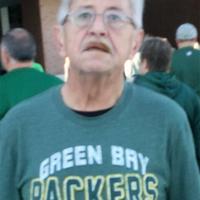 NASHVILLE, TN—James Francis Althoff passed away peacefully in the arms of his family on Sunday, June 5, 2022 at Nashville VA Medical Center. Jim was born in Kenosha, WI on Sept. 27, 1946 to Leon Alfred and Cynthia Virginia (Lee) Althoff.

Following his honorable discharge, Jim studied radio in San Francisco, working as a DJ at KOSO Modesto and KJAZ San Francisco before his first position as a talk show host at KGO AM. He moved on to host a talk radio show at KXL and the public affairs tv show Between the Lines in Portland, OR, where he met his wife Andee Beck, then a tv critic for The Oregon Journal. The couple moved to Seattle, where Jim hosted a radio talk show The Jim Althoff Show at KING-1090 for 10 years. Jim and Andee went on to host The Jim & Andee Show first at WTMJ Milwaukee then KTRS St. Louis.

Jim worked for many years at Classic 99 and KWMU Public Radio, produced and hosted a local filmmaker showcase program and substitute taught in Parkway schools before retiring and moving to Nashville in 2020. He distinguished himself throughout his broadcasting career as a keen interviewer and an informative , entertaining personality.

Jim is remembered by those who love him as a funny, loving, loyal, generous and fiercely intelligent man. He and Andee enjoyed 38 years of marriage. He was a voracious reader. He was a Cubs and Cardinals baseball fan and loyal to the GB Packers.

Jim was an optimistic person who believed in the essential goodness of people. A long-time smoker, Jim was treated for lung cancer.

Jim is pre-deceased by his parents and his sister Nancy Basten. He is survived by his wife Andrea Beck; daughter Sylvie M. Jennifer (Thomas); son Daniel M. Drishti (Rana ); and sister Judy Cefalu.

In lieu of flowers, donations may be made to the American Lung Association or your local public radio.