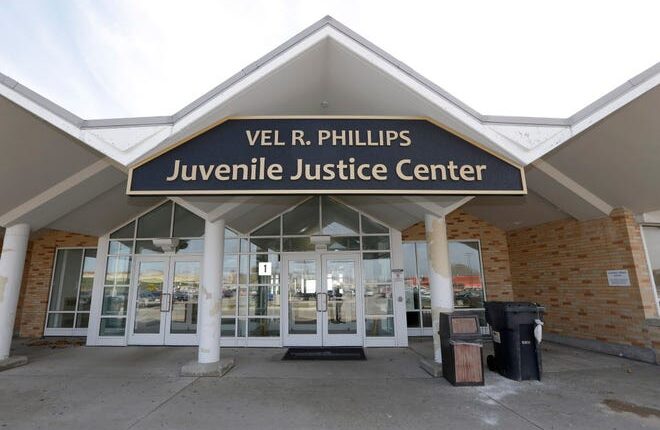 As the 10-year-old boy accused of killing his mother made his first in-person court appearance Wednesday, the challenges of prosecuting such a young child in adult court dominated much of the hearing.

The boy’s attorney, Angela Cunningham, had asked the court to consider lowering the boy’s cash bail from $50,000 to $100 because he had no source of income. What he does have is $100 in savings from birthday gifts, his allowance and from finding stray money in couch cushions.

Meanwhile, the prosecutor in the case, Paul Dedinsky, asked the court to consider imposing a travel restriction on the boy and require him to be released into the custody of a family member were he to post bail.

As she considered her arguments, Judge Jane Carroll acknowledged that of all the factors she is legally required to consider when setting bail conditions for a defendant in adult court, “a lot of them don’t make a lot of sense when applied to a 10 -year old.”

For example, Carroll said, the boy hath no home of his own. He is not employable. He has no assets. He has no way of attending a court hearing without the help of an adult. He has no prior criminal history or a history with substance abuse.

Ultimately, Carroll decided not to adjust the $50,000 bail amount and to impose a travel restriction, arguing the allegations are “significant” enough to justify it. But she did not require him to stay with a family member if he posts bail.

Prosecutors charged the 10-year-old with alternative counts of first-degree intentional homicide or first-degree reckless homicide after he admitted to police that he shot and killed his 44-year-old mother in their home Nov. 21, according to court records.

The boy told the police he was upset at his mother for waking him up early that morning and not buying him something off Amazon, the criminal complaint said. The family police told the child had a history of mental health treatment and disturbing behavior.

In Wisconsin, state law requires children as young as 10 to be charged as adults for certain serious crimes, such as homicide, at least to start the case. Activists locally and nationally have called for the boy to move to juvenile court.

The Journal Sentinel is not identifying the boy or his 44-year-old mother at this time due to his age and the circumstances of the case.

At Wednesday’s hearing, the boy mostly kept his head down as the proceedings went on. Carroll ordered that he not be placed in shackles or any other kind of restraints and forbad the media from publishing any personal information about him, including his image and home address.

The hearing was held at the Vel R. Phillips Juvenile Justice Center because that is where the boy is being held in custody.

On Wednesday, Cunningham moved to dismiss the intentional homicide charge. She argued it was duplicitous when paired with the reckless homicide charge, but Carroll did not rule on the matter.

Dedinsky argued his proposed bail conditions were necessary given the violent nature of the incident, and he repeatedly asserted they were legal.

Cunningham argued that it would be “unheard of” to require a defendant in adult court to stay in the custody of a family member on pretrial release. She said state law provides for adult defendants to be released into some form of “professional custody,” such as GPS monitoring in a pretrial supervision program, but state law does not permit “personal custody.”

Carroll appeared to side with Cunningham on Wednesday, saying that if he is released he should be placed on GPS monitoring.

Cunningham also argued against Dedinsky’s proposal that the boy not leave Milwaukee County if he posts bail because the boy’s legal guardian – his father – lives in Illinois.

Carroll and Dedinsky suggested that no other relatives living in Milwaukee County were willing to assume guardianship if the boy was released. Nevertheless, Carroll denied Cunningham’s argument because allowing him to leave the state would limit the court’s ability to supervise him.

“I can’t let him go to Illinois,” Carroll said.