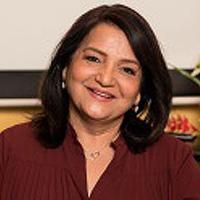 Growing up in New Delhi, India, Kanchan Bhaskar watched her parents hold a loving and affectionate relationship. She was taught a marriage means companionship, tenderness and mutual respect.

When she enters into an arranged marriage, she anticipated to hold that same type of partnership with her seemingly wonderful husband. But, it does not take long for his charming façade to drop and reveal a narcissistic, alcoholic and violent man.

Now living in Gurnee, Ill., she works at Snap-on in Kenosha. In her new memoir, set to release April 23, Bhaskar chronicles her gradual climb from an abusive marriage to independence freedom from abuse.

What motivates you to write the book?

I wanted to write the book for a very long time, but I was postponing it for some reason. And then finally, I think the time came so to speak. My children were pushing me to do it. It finally happened when my therapist said, “I think you should write your story.” I kept asking her what my purpose in life was and she said, “That’s your purpose. You need to reach out to these people of domestic violence or domestic abuse, and tell your story and tell them how you escaped and how you came out. It’s something that they need to know.”

It was great. I just loved it. I was thoroughly focused, and I’m a very mission-oriented person. If I have a mission, I have to do it. So I was going to work eight hours, going back home, having my cup of tea and then I would start to write because the flow just happened. Once I started it, I knew each day was right in front of my eyes.

I did go through post traumatic stress disorder, but I really didn’t care about it. The only PTSD effect on me was that I became quite an insomniac. And that worked better for me, because I would get up in the middle of the night and start to write again. So I must have written almost 500 printed pages.

I think I healed during that process a lot, because I had thought that I had moved on. My divorce happened already in 2003. But when I started to write and how everything was coming right there, I didn’t have to think about it. I didn’t have to think about the emotions I had at that moment where I was sitting and what I was doing. So then I said “I haven’t moved on, it seems.” But once I started to put it on paper, I think it really saved me from that hurt. It helped me. And the motivation that this is going to be read by people like me. And you know they are going to benefit from it, so that kept me going.

How did you approach the writing process?

The first step was, of course, forming a structure. And so I first wrote the names of the chapters. I’ll do where it started and what happened, this chapter and this chapter, and that would be the end. And then I started to fill in the chapters with a structure again … because it’s mostly chronological. Then under the structure, I started writing two bullet points.

All that took me maybe a month or so. And then I started to write a chapter. It took me almost a year, because I wrote and then I edited.

How does it feel to be free from a toxic partner?

I got my life back. I am totally free. I feel the freedom every day.

What do people not know about leaving an abusive situation?

If the person raised his hand on you the very first time — especially for teens — they should leave that person that very day. There is no need to have any compassion for such people. Because that means if they are disrespectful to you one day, they will be always disrespectful to you. And I think, for a woman, respect should be the utmost important thing. And if they’re not ready to get out, if you’re married and you have some circumstances where you can’t leave, then you should try to get them help and, if they’re not ready, that should be also one of the last things for them.

It is common for people to feel tired and groggy in the afternoon, especially after a heavy lunch. Here are four ways to boost your energy levels when you’re in an afternoon slump.

Always have a safety plan in place. They should have a bag with their copy of the key and car key and all of that and some paperwork that is necessary. (Have that) ready, because once they start to hit you, you should just leave.

What advice can you give to others?

One thing that any victim of abuse has to learn or to do is to be totally committed to be free. If they are not committed, they will keep going back, because there will be so many hindrances and so many blocks that come your way that it’s very important to have the whole steps in place and be totally committed.

Where can people find your book when it’s released?

It’s available on pre-order on Amazon and at Barnes and Noble.

More details about Bhaskar and her work can be found at her website kanchanbhaskar.com.

The Kenosha News Snapshot is a series of features about local individuals and groups. If you have someone you feel should be considered, contact us at [email protected]

U.S. to hit debt limit much sooner than expected, thrusting Congress into showdown