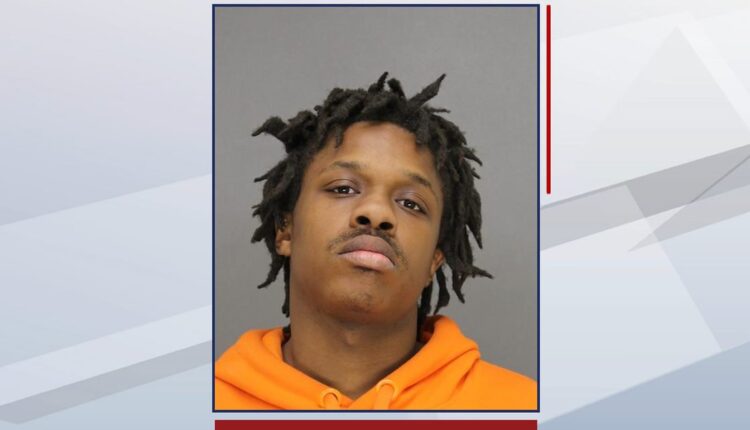 GREEN BAY, Wis. (WBAY) – A Kaukauna man is in custody for a shooting on Green Bay’s west side last month, where gunfire entered a home with a woman and two children inside. According to the criminal complaint, the shooting was over undelivered marijuana.

Green Bay police say Taylor was taken into custody during a traffic stop last Tuesday, Dec. 13, for an unrelated incident. Police found a firearm they believe was used in the November 18 shooting.

No one was hurt, but police say gunfire “struck and entered the home” on the 2500 block of He-Nis-Ra Lane where a 55-year-old woman was inside with her 14-year-old niece and a 9- month old boy.

There were 7 bullet holes: 3 through front windows — with 2 of those striking the couch — 2 in the front door, 1 in the garage door, and 1 in a pillar. Police found 10 shell casings in the road.

The teenage girl told police two men in ski masks knocked on the door and asked if “RLK” was home. She said no, locked the door, and heard gunshots and dropped to the floor.

Police identified RLK, who said he was in Milwaukee the day of the shooting. He told police he breeds and sells dogs, and sold a dog to people his ex-girlfriend knew for $4,000. The day of the shooting, she asked him for marijuana and paid him $225. RLK told police he had no intention to deliver the marijuana because he was still owed money for the dog. Forty-five minutes before the shooting, he received a text message from a number police traced back to Taylor wanting to know where his weed was.

The complaint says RLK’s ex-girlfriend asked Taylor why he’d shoot up a house over $225. She said he laughed and answered “something to the effect of, ‘People don’t need to be playing with my money.'” She said when she told Taylor he put her in a situation she didn’t want to be in, he assaulted her and showed a firearm before driving off.

Green Bay police responded and stopped Taylor’s car at an east-side intersection. Officers in the complaint said he initially refused to get out and made demands, but the standoff was short and he eventually stepped out. Police found a 9mm pistol under the backseat with 13 cartridge casings and a round in the chamber. The gun was tested and matched to the bullets from the home on He-Nis-Ra Lane.

Police are looking for a second person of interest in the shooting. The police department wouldn’t offer any more details, which could mean they’ve identified the person they’re seeking.