Keep the Republican convention out of Milwaukee 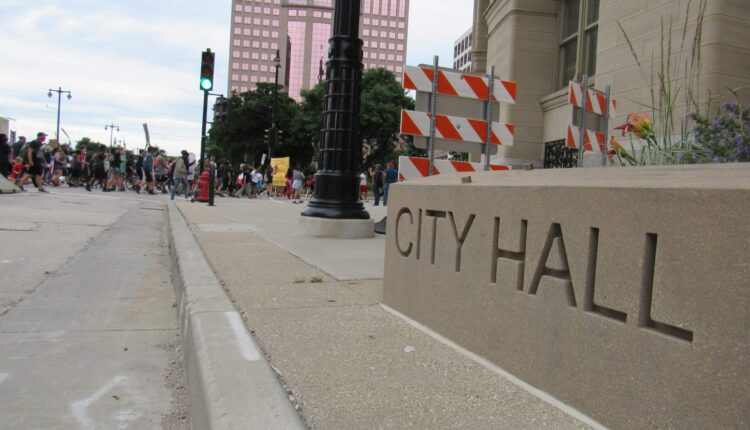 Having the RNC in Milwaukee is a disaster waiting to happen. Milwaukee and other cities in southeast Wisconsin have been rocked by tragedies and violence as of late. Our communities are hurting and grieving. Some of the most marginalized are finding ways to heal. We are anxious. We are on edge. Not even two weeks ago, a white supremacist murdered 10 people at a grocery store in a predominately Black neighborhood in Buffalo, New York. The killer had been radicalized by racist misinformation online. In Wisconsin, we’ve seen attacks on the Asian American and Pacific Islander  community and anti-Semitic fliers left in people’s yards.

What does all of this have to do with the RNC? There is only one party that helps push out misinformation that costs people their lives. There is one party that demands  a rebuttal to the phrase “Black Lives Matter”. There is one party at uplifts and supports the NRA. Obviously, there are exceptions but we see a pretty consistent pattern in the Republican party’s stands on these issues. The Republican party is a party of hate. Former Chair of the Milwaukee County Democratic Party Chris Walton, sums it up pretty easily.

So here’s the thing…they literally don’t like the people that make up this community and made it policy in this state to hate Milwaukee. You don’t like me you probably shouldn’t come to my house with your racist homo/trans/xenophobic views #NahRNC https://t.co/XZNOoIVPYU

In a city where the majority of residents are people of color, the Republicans have largely stayed away. It was only in 2020 that the Republican party opened an office in Milwaukee for the first time. Their delayed engagement feels like its sole intent is to extract and chip away votes, not actually work on our issues. After not engaging with Milwaukee for so long, why would the Republicans want to have their convention here? I can’t help but think that the party wants to antagonize an already hurting and broken city. The racial tensions are high and bringing in a party that represents hate puts our city in danger. Given the tragedy in Buffalo, a new survey says that 75% of Black people are afraid of another racially motivated attack.

We just hit the two-year anniversary of George Floyd’s murder and our country is still ripped apart at the seams, unable to  move forward and protect Black lives. The Republican party, both nationally and locally, has consistently blocked legislation and real policy that would protect Black lives. But they want to hold their largest convention in the city of Milwaukee? A city that is only referred to by Republicans through racist dog whistles. Proposing having the RNC in our city feels as if leaders are spitting in the face of our real pain. Pain from the Republican party. Pain from a party that props up Kyle Rittenhouse,  who murdered two people in Kenosha as they demonstrated to defend  Black lives. There is a very real possibility that in the city of Milwaukee, the RNC will feature people like Rittenhouse.

I’ve sat on this and thought about this for quite some time. What would this mean for our city? Sure there is an economic impact, but I struggle to find more benefits. Hate should not be welcomed in our city and it’s absurd that at this moment, with everything we have seen lately, we are considering this. The economic impact is not worth the potential violence (both physical and emotional).

Voces de La Frontera and other community organizations  were right when they wrote in an open letter to the common council that this is a different Republican party. This is a party that seeks to lock up more Black and brown people, a party that proposes legislation in Madison aimed solely at hurting Milwaukee and starving the city of funds. With all of these dynamics, I can’t help but think that we run the risk of turning Milwaukee into another Charlottesville, which violent white supremacist and neo-Nazi groups made a symbol of racism. Conventions already push out our most vulnerable, and bring additional law enforcement into our communities. There is no reason the RNC wants to have its convention here outside of scaring and terrorizing communities that they have already left behind, and communities they often attack. We have had so many conversations about safety recently. Right now we have an opportunity to keep our community safe by not allowing hate into the city we love so much.