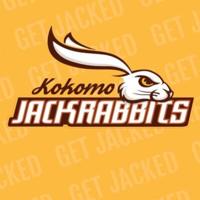 The Kenosha Kingfish scored three runs in the top of the eighth inning to take the lead, then survived the Kokomo Jackrabbits’ late rally to beat the Jackrabbits 8-7 in Northwoods League action at Kokomo Municipal Stadium Thursday night.

Kokomo trailed 8-6 entering the ninth inning. Bo Yaworski walked and Luke Sartori followed with a single to get Kokomo’s rally moving. Both runners moved to third on a sacrifice bunt and Yaworski later scored on a passed ball, but the ‘Rabbits couldn’t get a second run to tie the game.

The Jackrabbits scored in six of the nine innings. Leadoff hitter Luke Sartori went 3 for 5 with three runs to lead Kokomo. Cole Sheehan was 2 for 4, and Jon Jon Gazdar and Carlos Hidalgo were each 2 for 5.

The Jackrabbits are now 2-2, tied with Battle Creek for third in the six-team Great Lakes East Division. Kenosha is tied with Rockford atop the division with a 3-1 mark. Kenosha and Kokomo play Friday at Kenosha at 7:05 pm Kokomo time.