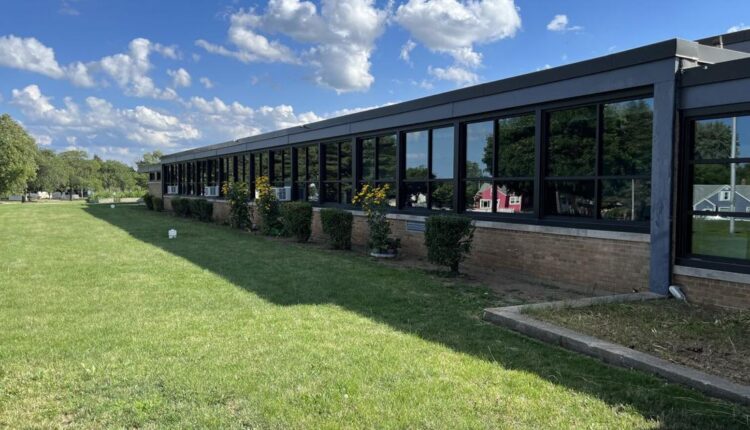 Throughout the summer, the Kenosha Unified School District made numerous changes to its staffing and buildings in preparation for the 2022-2023 school year.

The district saw a number of district administrative changes starting this fall, including several who shifted positions within KUSD.

Schlick, who has worked in education for 15 years, said he has been working on developing relationships with staff and students for the start of the school year.

“I think short term is building relationships,” Schlick said. “I think in true collaboration you have courage and you have trust, and you have to really build that in a very meaningful and authentic way and not in some mechanical way that’s not real.”

“My first goal is just understanding the systems and getting to know the people and students because that is a large part of what we do,” Schlick said. “If you’ve been a place for three years (and) truly don’t understand the staff and how certain things may impact them and the students, it’s going to make it harder for you.”

The interim assistant principals at Lincoln Middle School and Bradford High School have yet to be announced.

The district was busy with projects throughout the summer including window projects at eight different schools.

A projected were funded in part by ESSER II funds, which were designed to improve ventilation in schools.

Those projects included upgrades to existing older window systems, which included panels with new window systems that are all glass and include a more operable window area; HVAC controls at six schools; air conditioning projects at Harvey and Roosevelt elementary schools; and Reuther High School projects including HVAC controls, boiler plans relocation to the basement and new emergency power installation.

The total cost of the windows projects (excluding Washington Middle School) was $2,679,956.

The total cost of HVAC control upgrades at six schools was $3,974,710. The cost of new air conditioning at Harvey and Roosevelt elementary schools was $2,661,012, at approximately $1.33 million per school.

The remaining of the ESSER II funds will go toward window updates to the 1920s side of Washington Middle School.

“Basically what what we wanted to do with that $15 million was to try to impact as many buildings as we could and do projects that would have a measurable or obvious improvement in air flow and fresh air in those buildings,” said Patrick Finnemore, the director of facilities for KUSD.

Annually, the district also spent $30,000 on security hardware, including new cameras, replacement cameras and other hardware that supports the camera system, such as the controllers that the cameras feed to for management of videos and storage.

As of now, Pleasant Prairie and Grewenow elementary schools are the only sites with completed ADA playground and rubber surface updates. Bose, Wilson, McKinley and EBSOLA are still waiting on equipment to install. The playground update costs a total of $275,000.

You may have set a goal this school year to provide your kids with healthier snacks in their lunchboxes, or already stocked up for your children’s after-school snacks at home. While this goal is honorable and wise, being a parent typically means being pressed for time, and finding quick and healthy snacks can be a challenge. An easy solution is batch prepping tasty plant-based snacks with minimal ingredients that can last the entire week ahead.

Thistle selected 10 vegan, nut-free, and kid-friendly snacks that are easy to pack as a new academic year is starting. Some don’t even require you to cook.

Providing your child with plant-based options can help improve health. According to one study on children’s eating habits, plant-based diets showed a reduced risk of obesity and cardiovascular disease, although children who are fully on vegan diets require well-planned meals so they are not deficient in vitamin B12 and iron, among other nutrients .

Here are 10 plant-based snacks to whip up for your kids right at home.

Instead of fruit-flavored yogurt loaded with added sugars, these easy chia puddings can be made in all kinds of flavors such as chocolate, vanilla, berry, and peanut butter. Chia seed puddings work with any plant-based milk and can be made sweet with natural sugars like maple syrup, honey, coconut sugar, and agave nectar.

Chia seeds are a powerful source of omega-3 fatty acids, which is important for brain development and function, immunity, heart health, and weight management.

If you prefer to skip the packaged fruit bars full of added sugars and preservatives, you can easily make a batch with this homemade fruit bars recipe. These bars can be made in three variations—cranberry walnut, tropical with dried pineapple and mango, or chocolate mocha.

Each of these bars is naturally sweetened using dates, which have brain-boosting properties thanks to the various antioxidants in the fruit that reduce inflammation.

These soft thumbprint cookies are so tasty that you won’t believe they’re also gluten-free, refined sugar-free, vegan, and oil-free.

This recipe calls for aquafaba, the liquid typically drained from a can of chickpeas or a bowl of soaked chickpeas. Whip the aquafaba like a meringue, and fold it into the base cookie mixture, which includes oats for fiber and almond flour for vitamin E. When the cookies are finished, fill them with the flavor your children enjoy best—strawberry, hazelnut chocolate, or salted caramel.

Your child’s go-to after-school toaster pastry just got much healthier thanks to this Vegan Berry Pop Tart recipe. The recipe calls for seven ingredients and makes up to six tarts, making it an easy snack to batch prep for the busy week ahead.

While a typical Pop Tart contains around 15 grams of sugar—30 grams per serving, which is two pastries per package—each homemade tart only has 3.5 grams of sugar, naturally sweetened with frozen berries and a touch of raw sugar. The pastries are topped with a vanilla glaze, but you could skip it and just do an egg wash on top of each pastry with a light sugar dusting. Or leave it as is.

These Vegan Rice Krispie Treats are a plant-based twist on a classic favorite. This recipe simply swaps out butter and marshmallows for plant-based versions, with a touch of vanilla extract for flavor, giving it that extra something special.

Keep in mind that Rice Krispies are not vegan, so to truly make this a vegan dish, the recipe recommends using a vegan version of the cereal.

These nut-free, no-bake energy balls are perfect for busy parents. They require no actual cooking and call for minimal ingredients, yet make a large enough batch to last the rest of the week. These energy balls are made with oats and flax meal, giving this snack a fiber boost which helps maintain a healthy gut microbiome.

Most children are not allowed to bring nut-based products to school, so these balls are bound together with sunflower butter, which is a great source of iron, vitamin E, magnesium, phosphorus, zinc, and folate.

These crispy roasted chickpeas are the perfect crunchy, salty snack to replace potato chips, which don’t provide any nutritional benefit. Chickpeas are a great source of protein, providing over 5 grams of satiating protein and almost 9 grams of fiber with a quarter cup. Roast these chickpeas with any flavor of your choice.

This vegan protein mango bread sneaks in an extra boost of protein thanks to the vegan vanilla protein powder in the recipe. Children need a sufficient amount of protein in their diet to help build and repair various parts of the body from muscles to nails.

This bread only calls for five ingredients and is bursting with flavor thanks to the mango puree. It works well as a school snack, but can also serve as an easy breakfast in the morning before running off to school.

If your kids really have a hankering for some chips, then these sweet and spicy tortilla chips should do the trick—plus, they pair well with vegetables and fruits. These chips have a sprinkling of brown sugar, but also call for a touch of cayenne for something spicy. If your child doesn’t like spicy food, you can always reduce or cut out this ingredient.

These chips goes well with fruit salsa or even smashed avocado, which provides monounsaturated fats that benefit your child’s growth and development, while decreasing the risk of heart disease.

This story originally appeared on Thistle and was produced and distributed in partnership with Stacker Studio.