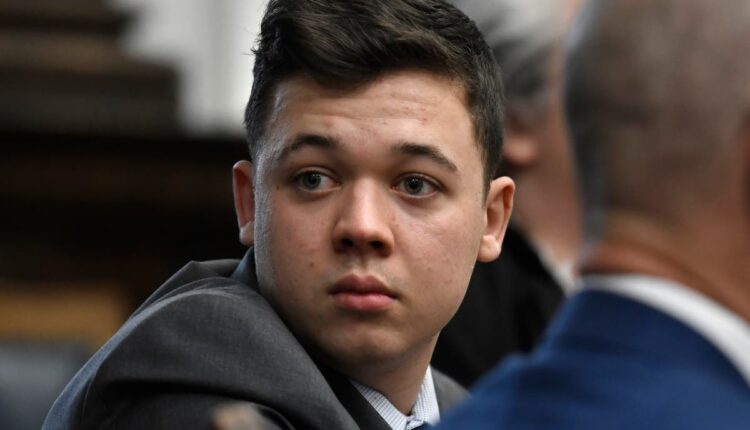 Kyle Rittenhouse says Johnny Depp’s victory over Amber Heard in court is “fueling” his own plans to file defamation suits.

In August 2020, Mr. Rittenhouse fatally shot two men and injured a third in Kenosha, Wisconsin, during the unrest following the police shooting of Jacob Blake.

He was acquitted in November 2021 of five charges, including first-degree homicide.

Mr Rittenhouse and his mother, Wendy Rittenhouse, have accused a number of individuals and media outlets of “defaming” him.

Mr Rittenhouse added: “I felt that!”, then: “Congratulations to Johnny and his team on his defamation suit.”

In a later tweet, he wrote: “I have a new announcement coming soon about my defamation cases, keep an eye on Fox News and TMAP.org for more this week.

“Johnny Depp trial is just fueling me, you can fight back against the lies in the media, and you should!”

Following his own trial, Mr Rittenhouse launched an initiative called The Media Accountability Project to fundraise money to sue politicians, celebrities, and athletes who called him a “murderer”, despite his acquittal on all charges, and a “white supremacist”.

He also said he may sue media organizations.

Among those he mentioned who are “on the list” during an appearance on Tucker Carlson Tonight in February 2022 were Whoopi Goldberg of The View, and Cenk Uygur of the Young Turks.

Mr Rittenhouse previously said he would sue President Joe Biden for defamation over a tweet sent shortly after the shooting that included a video denouncing then-President Donald Trump for not calling white supremacists and other far-right groups. The video included a still of Mr. Rittenhouse.

Since his trial, Mr. Rittenhouse has been lauded by many figures on the right, including former President Trump, whom he visited at Mar-a-Lago, and Representative Marjorie Taylor Greene, who wants to present him with a medal.