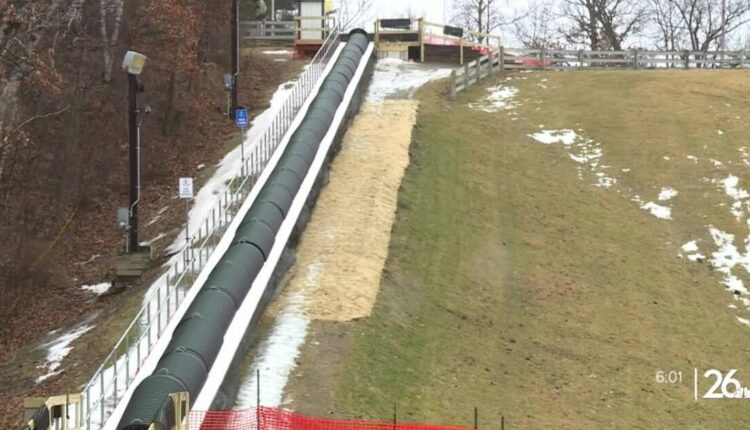 GREEN BAY — After a strong start to the winter season, a January thaw has made it tough sledding for some winter sports enthusiasts.

Still, there was plenty of optimism at longtime Green Bay staple Zeller’s Ski & Sports as store owner David Zeller said sales this season have been encouraging.

“In spite of the lack of snow here locally, we’ve been doing really well because a lot of my customers are skiing elsewhere and even locally, they know they make snow,” said Zeller.

He said that September through January is the key period to track and so far the store’s sales have increased each month. Zeller said early season concerns about manufacturing issues with equipment from overseas also led to an early rush over customers.

“There was an urgency in the beginning of the year because people thought there’d be a lack of inventory, which there are some issues because a lot of the ski equipment’s made in Ukraine,” said Zeller.

Zeller says that while alpine skiers have come in early and often, many people need snow in their backyard to be motivated.

“The people coming in there would be more the cross-country skiers and snowshoers. They’re people that tend to need to see it on the ground where downhill skiers understand there’s snow made at hills,” said Zeller.

Nick Meisner with Discover Green Bay says the tourism benefits can even out with the warm weather. Downtown districts in cities see more foot traffic from locals and tourists in the above average temperatures.

“The warmer weather also opens up opportunities to be walking downtown, go visit Titletown, and see all that stuff,” said Meisner.

Meisner said that while recreation adds a lot to the economy, the warmer weather can benefit other areas where people traditionally spend more money locally.

“Forty-five percent of our spending in visitor spending is actually in retail and dining,” said Meisner.