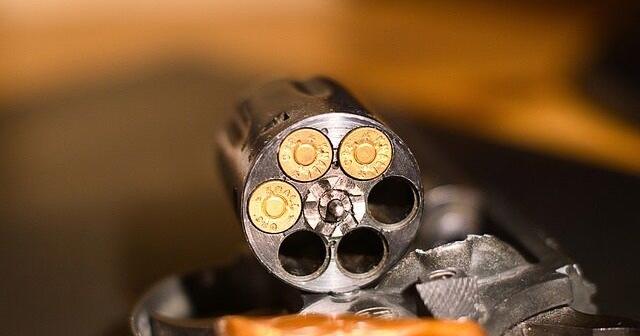 On July 5, the Kenosha County Board voted 14-7 to repeal a 2011 ban on the carrying of firearms into county buildings, with exceptions, part of a broader pro-gun push in the county.

The firearm ban lifting was ranked by the Kenosha News staff as No. 10 in a list of the top 10 local stories of 2022.

With the ban’s repeal, anyone age 21 or older with a valid permit can carry a firearm on county properties, including the Administration Building, the Job Center, Brookside Care Center (the county’s nursing home) and the Kenosha County Center in Bristol, among others . Signage banning firearms were also removed over the following months.

weapon and ammunition must be concealed at all times, unless it is lawfully being used; Firearms cannot be kept unattended

employee may not carry a concealed weapon in locales subject to state law; locally, they are prohibited from doing so in county buildings covered by the ban

employee may not carry a weapon in any area, building or vehicle whether public or private, where doing so is posted as prohibited or done over the objection of the owner

Proponents argued the lifting of the ban would reduce the county’s insurance liability. Supervisor Erin Decker, the proposal’s author, contended that when the state’s concealed carry law went into effect in 2011, it conferred immunity to businesses that allowed it, but those which did not could be held liable and the same was also applicable to a municipal government .

Over the several months between the proposal for lifting the gun ban and the repeal’s eventual approval, it generated controversy within the community, with 17 Kenosha residents coming to an early June board meeting to argue against the lifting of the ban.

They argued the changes would make county buildings less safe, and contended with Decker’s insurance lability rationale, arguing the benefits off fewer guns in county spaces outweigh any insurance savings.

A board meeting held later that month was abruptly halted after Joel Trudell, 43, was arrested during citizen’s comments after refusing to stop speaking during an argument with County Board Chairman Gabe Nudo. Trudell was heavily critical of the lifting of the gun ban.

These arguments and confrontations over the gun ban repeal came less than a month after the Robb Elementary School shooting in Uvalde, Texas, where a former student shot and killed nineteen students and two teachers. And on July 4, the day before the board voted to repeal the ban, a man fired on a parade celebration in Highland Park, Il., killing seven.

In the following months, signs and stickers banning weapons were quietly removed, with County Executive Samantha Kerkman saying she wanted a “seamless transition.”