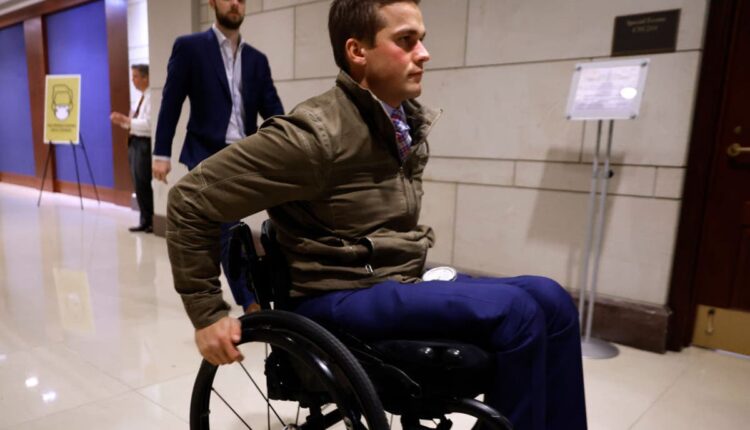 Get our free Inside Washington email

A conservative law firm in Indiana has south outgoing Republican firebrand Representative Madison Cawthorn for unpaid legal fees related to a legal challenge to get him off the ballot.

The Bopp Law Firm, which is led by social conservative lawyer Jim Bopp, filed a lawsuit in the US District Court for the Southern District of Indiana earlier this month.

Mr Cawthorn reportedly retained the Bopp Law Firm in relation to a lawsuit from North Carolina voters that sought to disqualify the freshman congressman from appearing on the ballot in the May primary. A federal judge ultimately blocked the effort to prevent Mr Cawthorn from being up for election because of his participation in the January 6 riot last year.

“To date, Mr. Cawthorn has an outstanding, unpaid balance of $193,296.85, apart from any interest that is due and apart from any fees due for work on collecting overdue amounts, as provided under the terms of the Agreement,” the lawsuit said. “The Agreement is a valid, enforceable contract. BLF offered its legal services to Mr. Cawthorn in exchange for Mr. Cawthorn’s payment of attorney fees and costs, which Mr. Cawthorn accepted.”

The lawsuit said that Mr Cawthorn at no point objected to the amount owed.

Similarly, his decision to switch districts to box out a prominent North Carolina Republican in a prospective primary alienated many of his colleagues in the state. He later decided to run in his old district.

State Senator Chuck Edwards beat Mr. Cawthorn in the May primary in the state and won the general election.

To Combat Gun Violence, This Artist Turns Ammunition Into Art

After more than a month, county bonding stalemate ends in compromise with no layoffs