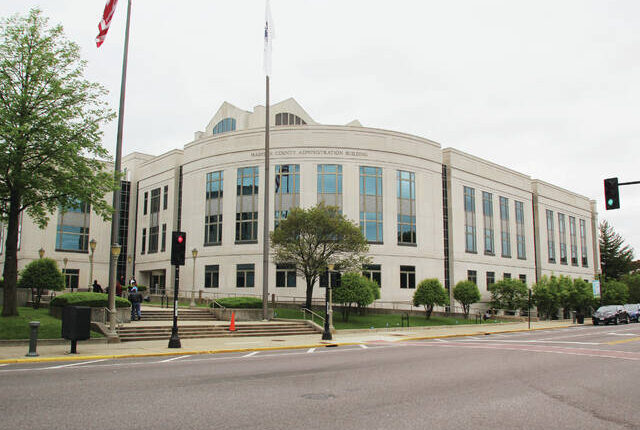 Brown, the county’s interim director at the EMA, said some people refer to Code Red as a “reverse 911 system.”

“Meaning that anyone who is in the 911 database can be reached via this system. This includes any household or business with a landline phone. Mobile phones can also be registered into the system by those who choose to do so.”

Code Red is a critical communications software made by OnSolve, out of Alpharetta, Georgia. Since 2014, the county’s EMA has used the system to issue notifications to residents county-wide, in a targeted municipality, or even on a single street.

The department did experience its first error with the system earlier this month, according to Brown.

On July 6, a notification was issued via Code Red to notify Maryville residents to boil their water before use as a result of a contractor accidentally cutting a village water line earlier that day. However, the system alerted residents across the county, which was an unintended error.

“OnSolve called us back the day the issue occurred and said it was an error within the distribution system. The issue has since been resolved,” Brown said.

Crews had full service to the village restored within 30 minutes, and the county agency notified residents of the issue that morning.

Weather warning alerts are also part of Code Red, according to Brown.

The weather warning alerts are opt-in only meaning residents have to sign up to receive notifications either via call, text, email or a combination of all three. The alerts are automatically sent out by the system when a person’s registered address falls within a polygon that the National Weather Service has issued for a severe storm or tornado warning.

Other Code Red examples of alerts are burn bans and shelter-in-place.

“The first time we ever used it, someone had cut the 911 fiberoptic cable, so we were able to use Code Red to notify all of the residents who had signed up or who had a landline, not to call 911,” she said of the outage, which lasted about 24 hours.

As more people have abandoned their landline phones, Brown implores any county residents who have not signed up to do so for Code Red. To sign up, visit https://public.coderedweb.com/CNE/en-US/68684CD288F8

How Wisconsin helped propel an Alabama governor onto the national stage