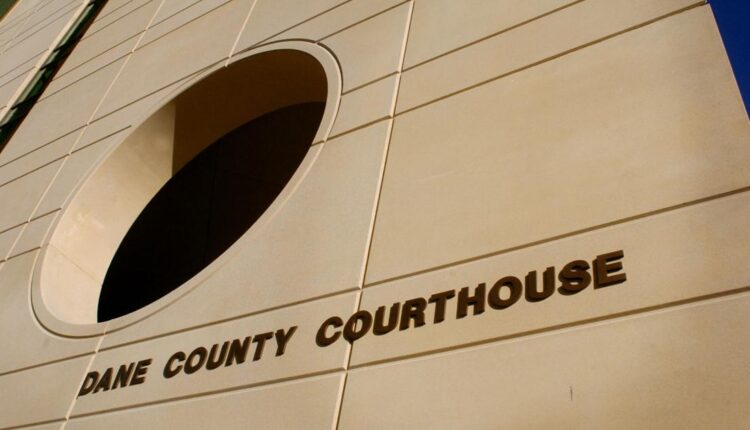 A Madison man who allegedly terrorized a Southwest Side family before killing and sexually assaulting a toddler was ordered to stand trial after a preliminary hearing on Wednesday.

A criminal complaint alleges Marshawn D. Giles, 23, beat, pointed guns and threatened to kill a woman and her children throughout April, a pattern of events prosecutors say culminated with Giles’ April 25 arrest after he threw a 20-month-old girl across a bathroom, causing multiple skull fractures that killed her.

On Wednesday, a Madison police detective tested about Giles’ alleged abuse of another child in the Schroeder Road home.

On April 18, Giles allegedly hit a 7-year-old boy and flicked him in the eye, said Detective Glenn Davis.

After Davis’ testimony, Dane County Judge David Conway found that there was probable cause that Giles had committed felony child abuse and ordered him to stand trial.

While Giles faces a slew of other charges, including first-degree intentional homicide and first-degree sexual assault of a child, Conway ruled that the charges were all related to each other and that prosecutors only had to provide evidence for probable cause on the child abuse charge.

Giles’ attorney, Michael Covey, objected, arguing that prosecutors were trying to send Giles to trial on “a single count of alleged child abuse against a child that’s not involved in any of the more serious counts at all.”


All told, Giles faces charges of first-degree intentional homicide and first-degree sexual assault of a child, and one count each of child abuse, criminal damage to property, second-degree reckless endangerment, second-degree sexual assault and substantial battery; two counts of felon in possession of a firearm; four counts of disorderly conduct; and five counts of misdemeanor battery.

Giles moved in to the woman’s home on the 5600 block of Schroeder Road in early March and became increasingly controlling and abusive “over me and my children,” the woman told police, according to a criminal complaint.

One incident was sparked, she told police, by Giles not wanting her children to go to school.

Disputes over her children going to school led to other incidents on April 22 and 23, the woman told police. She said he “flipped out” and smashed her work computer and hit her, then gave her a gun and told her she “needs to go kill” herself. After she locked herself in a bathroom, he broke in and beat her, she said.

On April 25, after a trip to Milwaukee, Giles again beat and sexually assaulted her. On Wednesday, prosecutors detailed how Giles then threw the 20-month-old into a bathtub then a toilet multiples times.

When the mother fled the scene to alert authorities, she was naked because Giles had ordered the family to strip off their clothes, said Assistant District Attorney Tracy McMiller.

Giles pleaded not guilty at his arraignment following the preliminary hearing on Wednesday. He is being held at the Dane County Jail on a $1 million bail.


Choan Lane waits as his signature bond is prepared following his initial appearance April 17, 2000, at the Rock County Courthouse in Janesville. Lane and his subscription sales company, YES, were charged in connection with a van crash that killed seven people.


Jeremy Holmes composes himself at the end of his sentencing hearing June 11, 1999, in Rock County Circuit Court, on charges related to a deadly van crash that killed seven young people. His attorney takes his hand to lead him from the courtroom. Holmes was sentenced to seven years in prison and four years of probation.


The Holmes family listens to testimony June 11, 1999, during the sentencing of their son and brother, Jeremy Holmes. His father, Danny Holmes, is at the far left; sister Jenny Holmes is in the center; and Jeremy’s mother, Shelly Martin, is second from the right.


Jaime McFaul, sister of crash victim Peter Christman, reacts as people speak in defense of driver Jeremy Holmes and ask that he receive leniency at a hearing June 11, 1999.


DeAnna Roberts, mother of crash victim Marshall Roberts, pauses in her statement to the court during the sentencing hearing June 11, 1999, for Jeremy Holmes.


Monica Forgues, 16, of Madison, was paralyzed after a van crash that killed seven people. She sits in court May 17, 2000, waiting for the start of the preliminary hearing for Choan Lane, one of the owners of the company involved with the crash.


Choan Lane waits for his sentence to be handed down in Rock Couty Circuit Court in Janesville on Oct. 24, 2000.


Deanna Roberts is comforted Oct. 24, 2000, by husband Albert in Rock County Circuit Court in Janesville, where Choan Lane, 32, was sentenced to three years and seven months on four charges stemming from a 1999 van crash that killed members of Lane’s magazine sales crew. Roberts lost her son, Marshall, who was 16, in the crash.


Monica Forgues is wheeled to the witness stand past Choan Lane, right, and his attorney, Gerald Boyle, to offer testimony during Lane’s sentencing hearing Oct. 24, 2000, in Rock County Circuit Court in Janesville. While selling magazines for Lane, Forgues was paralyzed in a van crash that killed several of her co-workers.


Choan Lane, 32, sheds a tear during his sentencing in Rock County Circuit Court in Janesville on Oct. 24, 2000. Lane was sentenced three years and seven months on four charges stemming from a van crash that killed members of his magazine sales crew.


Nancy Ashton, left, and Bonita Lettman are relieved as Choan Lane received the maximum allowable sentence in Rock County Circuit Court in Janesville on Oct. 24, 2000, for a fatal crash that killed seven people. Ashton’s daughter, Monica Forgues, was paralyzed from the neck down in the crash.


Phil Ellenbecker sits beside his living room shrine for his daughter, Malinda Turvey, on March 23, 2001, nearly two years after she was killed in Janesville when a van crashed while carrying the magazine sales crew she had joined in 1999.


Monica Forgues, center, makes her way into the auditorium to receive her GED diploma on June 13, 2003, from Omega School, as her family and friends follow behind her. Walking behind Monica is her mother, Nancy Ashton. Monica was paralyzed four years earlier in a van crash in which seven people died.


Phil Ellenbecker of Verona holds a photo of his daughter, Malinda Turvey, after testing March 8, 2004, at the state Capitol to push for increased regulation of businesses that employ traveling sales crews. Malinda, 15 years old in the photo, was killed in a 1999 crash while working on such a crew.


Nancy Ashton, right, assists her daughter, Monica Forgues, during a news conference Oct. 20, 2004, announcing that a $1.85 million settlement had been reached in a van crash in 1999 that killed seven people and paralyzed Forgues.