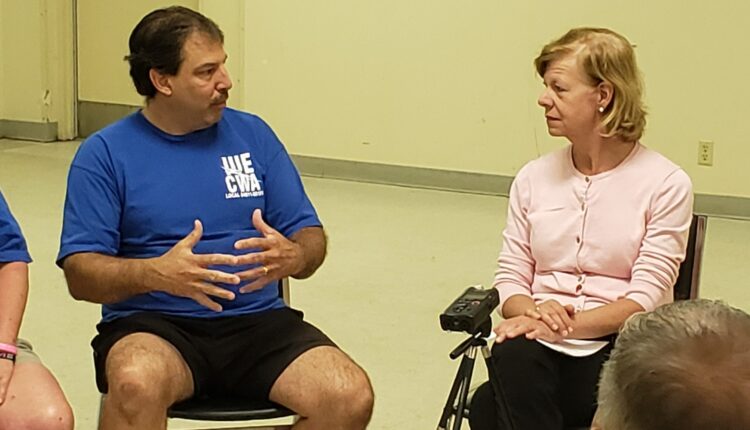 When Yvonne Rhead got foot surgery in May, she expected that her bill would be covered by the health insurance she had with her former employer.

Originally laid off in October 2021, Rhead was called back after two weeks and asked to stay on to continue making parts for the company. “I think they didn’t realize we make 85% to 90% of the parts in house,” Rhead said Monday.

Rhead was laid off for good April 15, 2022. Under an agreement that her union negotiated with the company, Rhead expected her foot surgery to be covered under COBRA — the  federal law that ensures dislocated workers can continue to get health coverage from their former employer for a period of time as long as their premiums are paid.

She’s one of an unknown number of former employees whose health coverage was cut off when the company stopped paying its share of insurance premiums after going to court to enter receivership and beginning the process of liquidating its assets.

Rhead sent her $318.50 premium check in for May and another check for that amount in June. She went to a May 15 appointment with her doctor and went in for the operation on her foot on May 25.

In June, the medical bills started coming. Neither the doctor visit nor the surgery were covered. Later that month, she got a letter from Hufcor. It said the health insurance had been cut off effective June 2, but for Rhead the bills indicated that coverage stopped even sooner than that.

“They weren’t even covering back in May when they were supposed to be covering,” Rhead said.

The company appears to have stopped paying its share of the COBRA coverage after entering receivership in Rock County Circuit Court in June, a procedure under state law that is similar to bankruptcy.

Shorter, the union representative, said it’s not certain how many former employees had opted for the COBRA health coverage and gotten cut off. Some who left the company in late 2021 might have gotten as much as seven months’ coverage before the company stopped paying its share of the premiums, he said. Others who left in 2022 might have had “only one or two months” before they unexpectedly lost coverage.

On Monday, Sen. Tammy Baldwin wrote to Hufcor’s owners at OpenGate Capital urging the private equity firm to make good on the agreement to continue the health insurance coverage.

“As a result of your mismanagement, dozens of former Hufcor workers — some of whom have life-threatening illnesses — are without health coverage,” Baldwin states in the letter, addressed to OpenGate founder and CEO Andrew Nikou.

Baldwin has been seeking legislation to rein in private equity firms, requiring them to bear more of the costs of their actions and forbidding them from outsourcing work from the businesses that they acquire for at least two years.

Baldwin also noted in her letter that some Hufcor employees who had been promised retention bonuses for staying on with the company as work began moving out of the country have never received them.

The workers allegedly shorted on retention bonuses appear to be those not included in the union agreement. Shorter said he is not aware of any represented by IUE-CWA who have not received their bonuses. The Wisconsin Examiner has heard from nonunion workers who have reported they did not receive retention bonuses that were promised to them.

“I write to ask you, as the CEO of OpenGate Capital, to stand by the agreement your portfolio company negotiated with its employees,” Baldwin’s letter states. “Restore their health coverage, pay them for the work they’ve done, and make them whole for any losses they’ve suffered as a result of the bankruptcy that you caused.”

OpenGate’s public relations firm did not respond to a request for comment Monday.