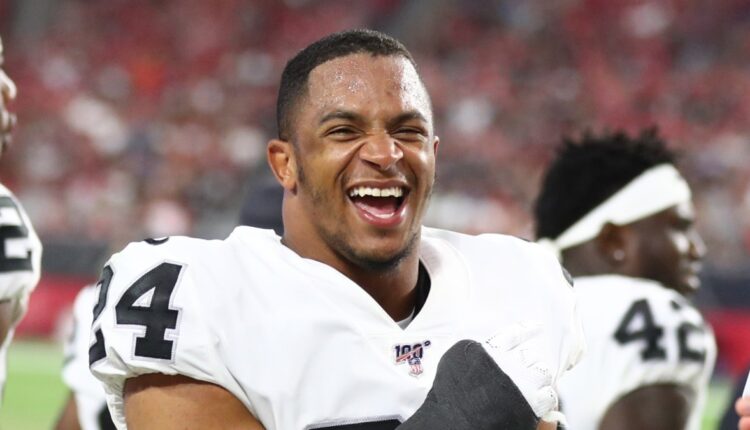 GREEN BAY, Wis. – When you have a lot of shoes, chances are you have the right pair for every occasion.

So it is for new Green Bay Packers safety Johnathan Abram.

Once upon a time, Abram had about 700 pairs of shoes. With a Nike sponsorship, he’s “slimmed up a little bit” by banishing some other brands from his collection. Still, he has a lot of shoes. When the Packers claimed him off waivers from the Las Vegas Raiders on Wednesday, he had about an hour-and-a-half to catch his flight to Green Bay. So, he packed a bag and grabbed the appropriate pair of sneakers.

Black and green Nike Jordans designed by Art Basel. They weren’t inexpensive. Only 223 pairs were made; he owns no. 136

“I had to come in style,” Abram said.

Abram said he has a “room dedicated to shoes” to store his collection.

Abram’s a collector but the shoes aren’t meant to be stored in boxes forever.

“I try to wear everything,” he said. “I wear something new every day.”

Abram arrived to a Green Bay locker room filled with familiar faces. At Mississippi State, he played with offensive lineman Elgton Jenkins and Kylin Hill. With the Raiders, he played with defensive backs Keisean Nixon and Dallin Leavitt. He played for Packers special teams coordinator Rich Bisaccia, too.

Abram and Nixon are especially close.

“I’m definitely staying at his house. For the record. I’m staying with Keisean Nixon,” Abram said with a smile.

They got matching shark tattoos two years ago.

“Because sharks, the motto is, on Mondays, sharks don’t wake up and say it’s Monday. They wake up and just eat.”

This story will be updated.

Get in the game with SI Tickets

Video preview of Packers vs. Cowboys

Rodgers filled with ‘appreciation’ and ‘gratitude’ for McCarthy

Is it time to play Jordan Love? Expert opinions say…

Packers vs. Cowboys: How to watch, streak, listen, bet

KHN’s ‘What the Health?’: The Midterm Shake-Up