New state Senate Democrats reflect on decision to move up, agenda for 2023 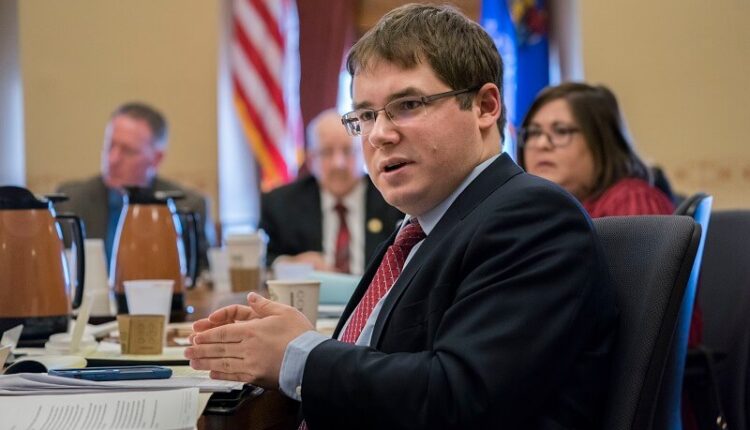 Sens.-elect Mark Spreitzer (D-Beloit) and Dianne Hesselbein (D-Middleton), as state representatives often do, recognized an opportunity in the retirement of two state senators.

“Whenever there’s an opening like that, you look around,” Spreitzer said in a December interview. “There’s three state representatives in every Senate District. You look around and say, ‘Is one of us the best person to take on this role? Is there somebody else in the community that’s ready to step up and do this?’”

Spreitzer and Hesselbein say they hope to bring new voices and perspectives in this session’s Senate Democratic caucus, which has a new leadership team shaping its priorities and is smaller this session — though that could change depending on the result of the April special election for the 8th Senate district.

The lawmakers, who will be officially sworn-in to their new roles on Tuesday Jan. 3, have used the transition period to reflect on election outcomes, organize their offices and prepare for the new session.

Hesselbein’s new state Capitol office “is a complete disaster area. I had to move offices, so unpacking boxes, trying to figure out where things go,” she said in a December interview. “The transition, besides that, is going well. I’ve been in the Assembly since 2012, so it’s just a different chamber, and they have different rules, different ways to vote on the floor, things like that, but I know a lot of people already so that makes it more of an easier transition.”

Hesselbein succeeds Sen. Jon Erpenbach (D-West Point) in the 27th district, which covers parts of Green, Lafayette, Iowa, Sauk, Columbia and Dane counties. She won the seat with 67% of the vote.

She said she spent election season getting to know her new constituency by listening to voters. They have given her a clear path to follow for the new session, she said — one that includes addressing education funding, protecting the environment and protecting democracy.

“They were saying they wanted to see a system that was fair and fair towards everybody,” she said. “I’ve heard that from my rural parts of the district, all the way to the Madison part of the district. People just said everyone should get a fair shot, that education should be available to every student and that it shouldn’t matter on your zip code about the school.”

Spreitzer, who was first elected to the Assembly in 2014, will take over for Sen. Janis Ringhand (D-Evansville) in the 15th Senate district. He won the district, which includes parts of Rock, Green and Dane counties, with 61% of the vote.

“I was very gratified to win a number of the smaller, more rural communities, some of the small cities and villages as well as some of the towns that are in my district, including places that I didn’t win two years ago,” Spreitzer said.

While Democrats made progress in suburban counties during the 2022 elections, the party continues to struggle in rural parts of the state. Spreitzer said his election — along with the reelection of Sen. Jeff Smith (D-Brunswick) — is a sign that some of the work Democrats are doing in rural areas is starting to pay off.

Spreitzer attributes his success in rural areas to connecting with his constituents and prioritizing rural issues like agricultural matters, water quality, high speed internet access, and local road funding during his time in the Assembly. He’s not sure whether Democratic gains in rural areas will become a trend.

“We have to see what the new trends will be, but I certainly, as someone who does represent rural areas, want to see the Democratic Party continue to compete hard for those voters,” he said.

Hesselbein agreed that Democrats will do better in rural areas once rural areas begin hearing from Democrats. Gerrymandering has made it harder for Democrats in the Legislature to reach those constituents, however, she said.

“Part of the problem we have with this highly gerrymandered state is that you have Republicans that represent these areas for years. That’s who they’re hearing from, that’s what they’re reading in their local weekly paper,” Hesselbein said. “So the hard part for Democrats is to get a message out to those areas on that, where they can see that there’s a clear choice of what’s happening. ”

Spreitzer sees stepping into the Senate as an opportunity to serve a broader constituency and work in a more collaborative, bipartisan environment.

He’s hopeful about the potential for compromise in the new session, after two years in which he charges that Republican lawmakers didn’t want to do anything that Evers could take credit for.

“Now that he’s been reelected and there’s not another election for governor for four years, I think that gives us a window to step back from some of those political considerations and just figure out where we can find common ground,” Spreitzer said. “Also a $6 billion state surplus means that there’s room to fund multiple people’s priorities.”

The state budget  — and question of how the $6 billion surplus will be spent — will be a major focus of the Legislature for the next six months. The process starts with Evers drafting his version of the budget. It will then go to the Legislature’s Joint Finance Committee, where the Republican majority has started virtually from scratch in the last two budget cycles.

One of Spreitzer’s priorities for the surplus will be to update Wisconsin’s farmland preservation program, which gives a tax credit to reward farmers who collaborate with local governments to preserve farmland and protect soil and water while minimizing land use conflicts. He said the program’s tax credit hasn’t increased since 2009, leading fewer farmers to enroll.

“We want to increase those tax credit amounts to keep up with inflation, and we also just want to make some further changes to the rules of the program that would make it a little bit more user-friendly for farmers and encourage them to keep their acres enrolled in the program,” Spreitzer said. By doing so, “we can preserve that farmland for future generations, maintain the fabric of our rural communities, and also improve water quality through partnering with farmers on conservation practices.”

Spreitzer previously pursued a similar standalone bill in the Assembly, however, he said it can be difficult to pass a spending bill outside of budget time.

In addition to agricultural issues, Spreitzer said he wants to be involved in conversations about election procedures, including addressing questions about absentee ballots, witness signatures, drop boxes and counting procedures — all of which became controversial in Republican political circles after the 2020 general election.

Hesselbein is optimistic about the potential for bipartisan collaboration.

“I’m working on a bill already before the session starts with a Republican senator,” she said in a December interview. She took their meeting as a sign of hope for bipartisan compromise and renewed communication in the new session. She said meetings across party lines in the Assembly were rare, a trend that she noticed shortly after former President Donald Trump’s 2016 election.

Still, she said, opposing lawmakers will remain firmly divided on some subjects —  abortion rights, for example.

“There’s some issues we’re never going to agree on, but when we can agree and when we can find common ground, we really need to celebrate that,” Hesselbein said.

Want a Clue on Health Care Costs in Advance? New Tools Take a Crack at It