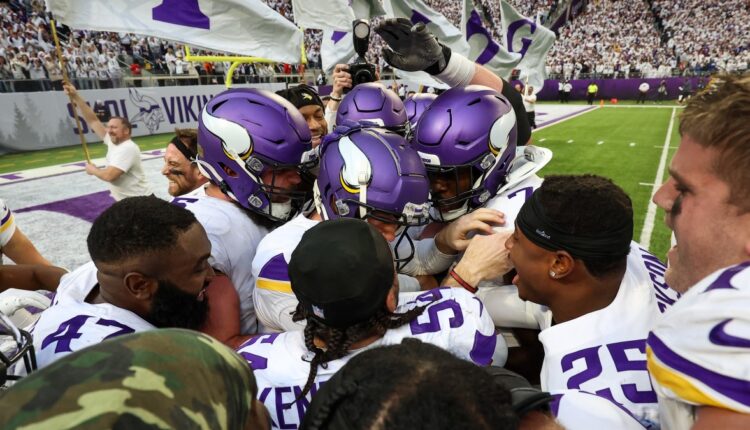 GREEN BAY, Wis. – Christmas weekend is off to a great start for the Green Bay Packers. No, not a great start. A perfect start.

With two NFC wild-card spots up for grabs entering the final three weeks of the regular season, all four teams ahead of Green Bay lost on Christmas Eve. If it can upset the Miami Dolphins on Christmas Sunday, it will be just a half-game out of the playoffs with two weeks to go.

The Packers were like a kid who was naughty for most of the year but was nice to his parents when it mattered and got everything on his Christmas wish list:

The New York Giants, in sixth place in the NFC and in control of one of those spots, lost 27-24 at the Minnesota Vikings when Greg Joseph booted a 61-yard field goal as time expired. Minnesota, the NFC North champion, improved to 12-3. An NFL record 11 of those games have been decided by one score.

The Washington Commanders, in seventh place in the NFC and in control of the last playoff spot, lost 37-20 at red-hot San Francisco. Rookie Brock Purdy threw two touchdowns to George Kittle.

The Seattle Seahawks, in eighth place in the NFC, entered the day a half-game behind Washington for the final playoff spot. They were beaten handily at the Kansas City Chiefs 24-10. Patrick Mahomes’ third touchdown made it 24-3 late in the fourth quarter.

The Detroit Lions, in ninth place in the NFC and also just a half-game out of the final playoff spot, had won six of their last seven games but were routed to the Carolina Panthers 37-23. The Panthers ran for an incredible 320 yards.

So, with the key Saturday games complete, here is an updated look at the NFC wild-card standings.

None of this matters if the Packers don’t take care of business against the Miami Dolphins on Sunday. Miami is 8-6 but 6-1 at home.

“This is a really good football team that we’re going against,” coach Matt LaFleur said this week. “Obviously, they’re very hungry. They’ve got a lot at stake, we’ve got a lot at stake and it should be a playoff-type game. Going down to their house, their ability to have a lot of success in their own stage. So, we’re going to have to be at our best and our guys are going to have to be very disciplined throughout the course of the week in our preparation and everything that’s going on.”

Watch the Packers with SI Tickets

Know the foe: Packers at Dolphins