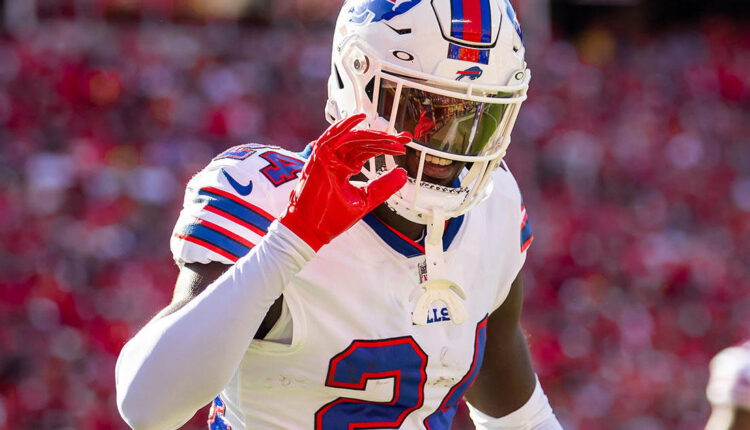 Buffalo Bills cornerback Kaiir Elam #24 waves at the camera in celebration of an interception during the game between the Kansas City Chiefs and the Buffalo Bills on Sunday Oct, 16, 2022 at Arrowhead Stadium in Kansas City, MO.

Week 8 Sunday football action wraps up tonight when the Green Bay Packers play at the Buffalo Bills on NBC. If you’re looking for the best way to stream this Week 8 NFL game, we’ve got you covered. Here’s how to stream the matchup on your TV or mobile device, no matter what cable package you have.

Top products in this article:

Watch NBC football without a cable subscription: U Must Have amplified HD digital TV antenna, $29

When is the Green Bay Packers – Buffalo Bills game?

How do I watch the Green Bay Packers – Buffalo Bills game?

You can watch the Green Bay Packers – Buffalo Bills game over-the-air via an HDTV antenna ($29). You can also watch via your existing cable provider, if you have one.

The most cost effective way to stream this football matchup is via the Peacock streaming service. Right now, you can subscribe to Peacock for just $4.99 per month. Click the button below to find out more.

If you want a streaming solution that includes all out-of-market NFL football games, CBS Essentials thinks that DirecTV Stream is the best way to go. The Choice streaming package, just $80 per month for the first five months ($90 per month thereafter), offers access to all the major networks that air NFL games. Plus, it includes access to 2022 Sunday NFL Ticket Max, which lets you stream any football game, regardless of where you live.

Keep reading to learn more about all your different options for streaming all the games on your home TV, smartphone and other devices this Sunday. And stay tuned until the end for our recommendations on the best streaming devices and TVs for watching NFL football.

(Want to know how to watch every single game of the 2022 NFL season? We’ve got a comprehensive guide on that, too.)

How to watch ‘Sunday Night Football’ on NBC and Peacock

An important streaming heads-up: While Peacock offers plenty of ad-supported shows and movies for free, if you want access to Peacock’s premium content, including “Sunday Night Football,” you need a paid subscription.

How to stream Sunday football on CBS: Paramount+ 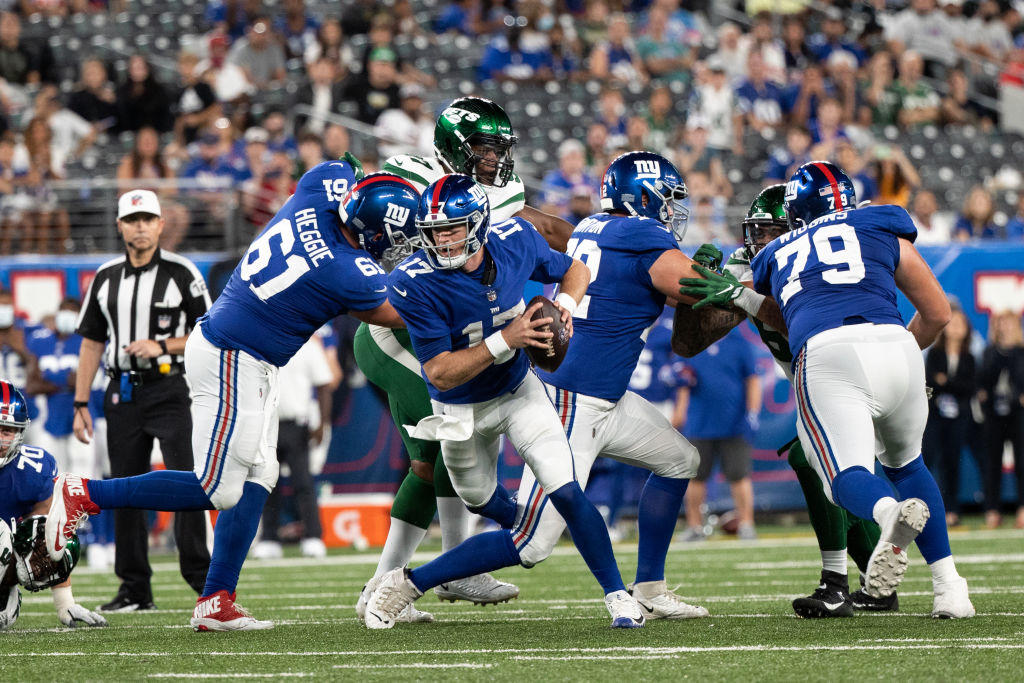 A Paramount+ subscription includes live access to “NFL on CBS.” That’s the CBS slate of live, AFC Sunday games. The streamer also offers NFL fans the weekly studio show, “Inside the NFL,” and the pregame show “The NFL Today,” plus access to CBS Sports HQ, a 24/7 stream of unfiltered sports news, scores, highlights and analysis.

Paramount+ has two subscriber tiers available — the $5 per month “Essential Plan,” a budget-minded tier with ads, and the $10 per month “Premium Plan,” which costs more but is ad-free. Paramount+ also offers a one-week free-trial period, so if you were thinking of trying the platform, you can catch a Sunday of football on CBS risk-free.

Paramount + subscription, $5 and up per month

Subscribers to the Walmart+ shopping service now get Paramount+ included in their subscription at no extra cost.

CBS Essentials and Paramount+ are both subsidiaries of Paramount.

How to watch Sunday football on Fox

Paramount+ and Peacock aren’t the only ways to watch Sunday football. You might also want to consider options like DirecTV, which will offer access to all the Sunday football games: “NFL on Fox”, “Sunday Night Football” on NBC and more.

DirecTV Stream isn’t cheap, but it streams all the networks you’ll need for the 2022 NFL season. DirecTV Stream’s least-expensive tier, called “Entertainment,” offers Fox, CBS, NBC and ESPN for $70 a month. But get this: Subscribers to the $90 per month “Choice” tier (and above) get Fox, CBS, NBC and ESPN, plus regional sports networks and no-extra-cost access to 2022 NFL Sunday Ticket Max, a plan that streams every live out-of-market Sunday game (and usually runs $395). 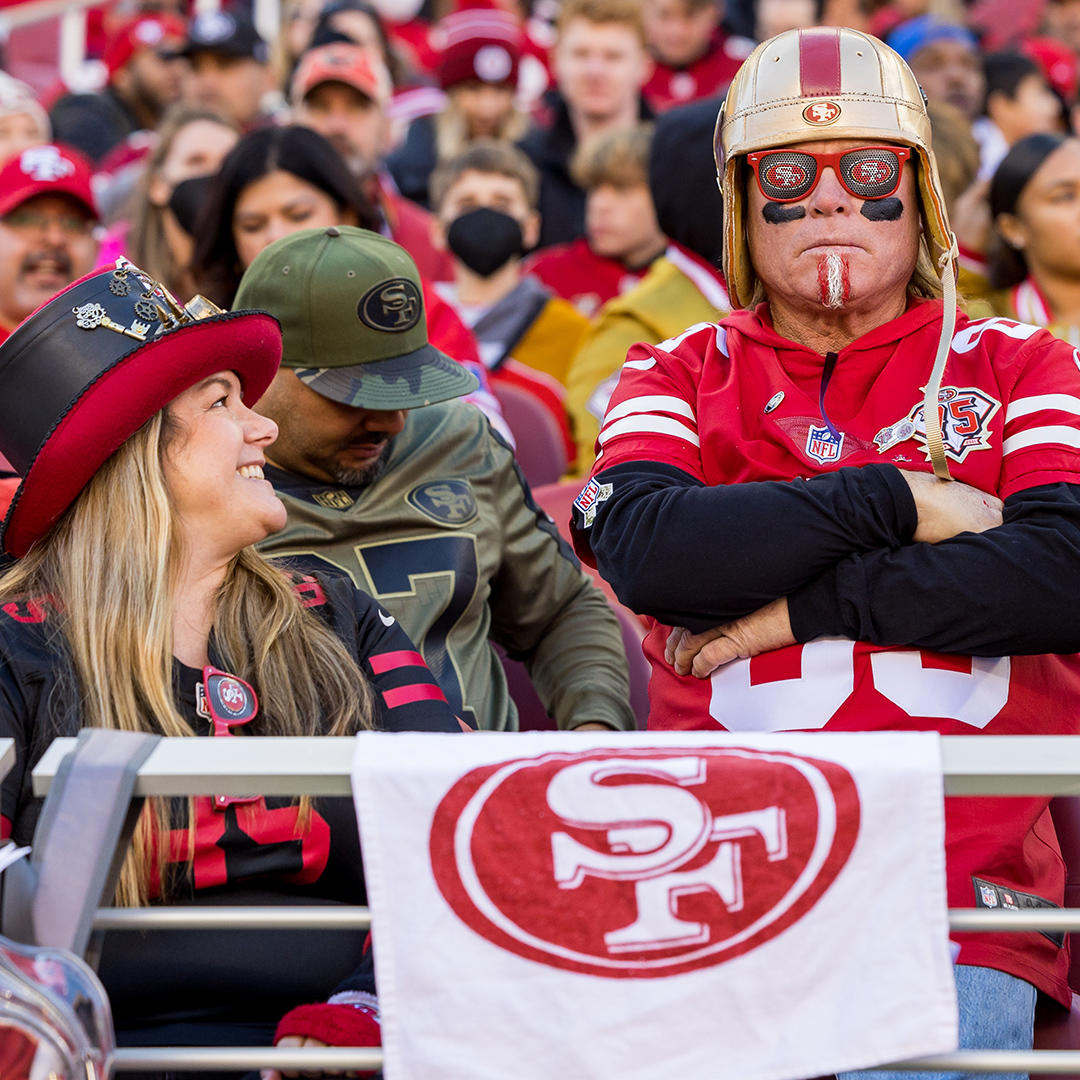 FuboTV is a sports-centric streaming service that offers access to almost every NFL game of the season. Packages include CBS, Fox, NBC, ESPN, NFL Network, NFL RedZone and more.

Fox, so you know, offers Sunday NFC games via “NFL on Fox”; while ESPN is the home of “Monday Night Football.” ABC airs some “MNF” games, too.

FuboTV, starting at $70 per month

How to watch Sunday football on your phone: NFL Plus 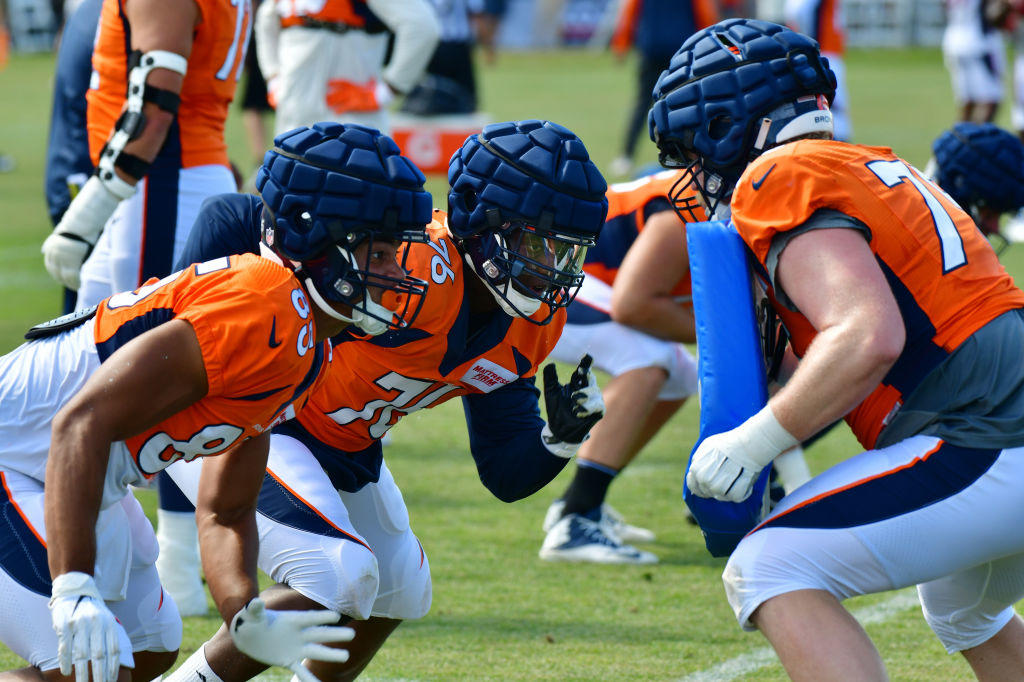 NFL+ lets you stream games exclusively on your mobile device or tablet. Starting at $5 per month or $30 annually, an NFL+ subscription gives you mobile or tablet access to live out-of-market preseason games, live local and primetime regular season and postseason games, live game audio for every game and more.

If you don’t want to watch on your phone, you’ll need access to NFL Network, which many of the streamers listed below offer. 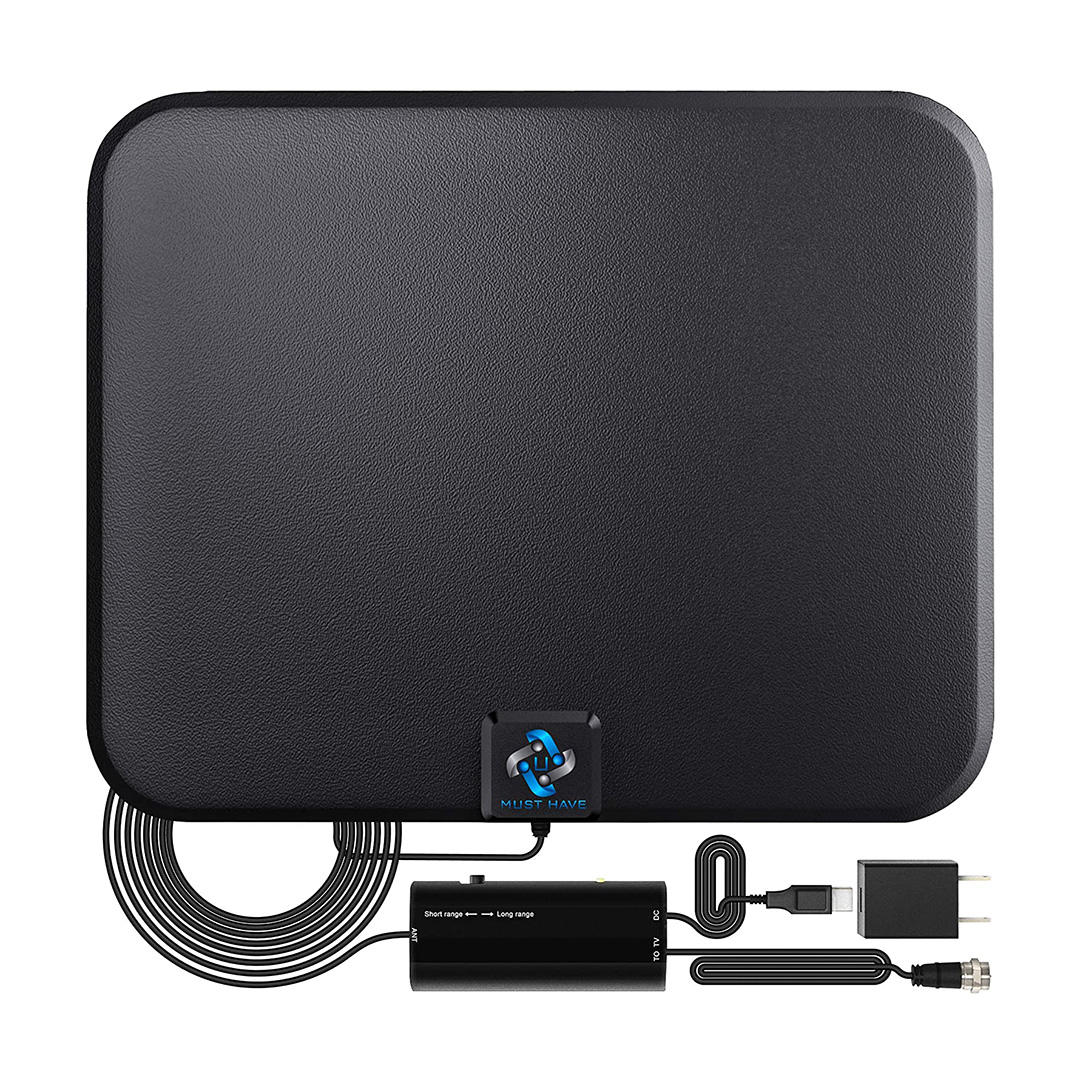 U Must Have via Amazon

If you want to catch NFL games without paying for a cable or streaming subscription, an indoor HD digital TV antenna is the way to go. For just $29, it’ll deliver any live-aired, free-TV NFL games in your area, plus all the other over-the-air content available in your area. Just connect the antenna to your set, and watch. It’s the 20th-century TV-viewing experience with 21st-century technology.

U Must Have amplified HD digital TV antenna, $29 (reduced from $40)

The best TVs for watching football in 2022

We’ve found the best TVs for watching NFL football (based on user reviews) including TV from top brands such as Samsung, LG, and Sony. Keep reading to see the best deals on the best TVs you can get for the 2022 NFL season.

No matter what stream of the game you’re watching, this QLED TV lets you watch the game in upscaled 4K resolution thanks to its machine-based learning AI. It’s even smart enough to recognize and enhance on-screen dialogue, making it easier to hear all the NFL commentary during games.

Transform your TV into a piece of art when you’re not watching football. Samsung’s ‘The Frame’ smart TV has a built-in motion sensor that activates your device to display your favorite pieces of art in 4K resolution whenever you enter the room. No matter if you’re admiring Hopper’s “Early Sunday Morning” or jamming along to Carrie Underwood’s Sunday night football intro, this QLED TV produces 100% color volume in the DCI-P3 color space, which is the format for most cinema screens and HDR movies for television. (Translation: Colors on this TV will be more vivid and true-to-life.)

You can save on the larger 75-inch ‘The Frame’ at Samsung now.

Watch NFL stars battle it out in gorgeous color and luminosity with this 75-inch Samsung 4K TV. The TV features low lag rates and minimized blur, so you’ll always be able to keep up with the plays. The 4K smart device also provides tailored recommendations for streaming and live TV with an on-screen guide.

Your TV should sound like you’re in the stadium. The Samsung 4K Neo QLED includes top-of-the-line features, including a premium audio technology called object-tracking sound (OTS). With OTS, your television analyzes the action on screen and tries to replicate a surround-sound experience without any external speakers. The Samsung 4K Neo QLED also features a built-in Alexa assistant.

The 65-inch Sony Bravia XR OLED 4K TV features a cognitive processor meant to deliver intense contrast with pure blacks, high peak brightness and natural colors. Thanks to its Acoustic Surface Audio+ technology, the screen is the speaker. This smart TV comes with access to Google TV, and works with most voice assistants.

At just 32 inches, this budget-friendly Toshiba TV is suited for small spaces like bedrooms or offices. It runs Amazon’s Fire TV platform, so you can stream new shows from Hulu, Netflix and more without plugging in extra equipment. You can also watch live TV on this device.

See every game in all its glory with this 50-inch TCL set. The 4K TV features QLED technology, 4K resolution and Dolby Vision. All those features together improve the sharpness, brightness, color and contrast of an image.

A mid-size television, 55 to 65 inches along the diagonal, is the ideal size for many living rooms. The best viewing distance for a 55-inch 4K TV, such as this model, is between 4.5 and 7 feet. That leaves enough space for people to get up and walk by for more snacks from the gameday spread.

If you just need more screen, this 86-inch LG should fill up your space. It has a 4K UHD resolution and works with Alexa and Google Assistant. This large TV is sure to show you every inch of the big game. Plus, it’s relatively affordable.

Buying your first TV so you can watch the Super Bowl on a big screen? If you’re already used to a certain interface, switching can be tough, especially if you’re not particularly tech savvy. Fans of the super-simple Roku platform should look for a TV — like this TCL model — with a built-in Roku system. Plus, the picture quality of this 6-Series model is stunning for the money. 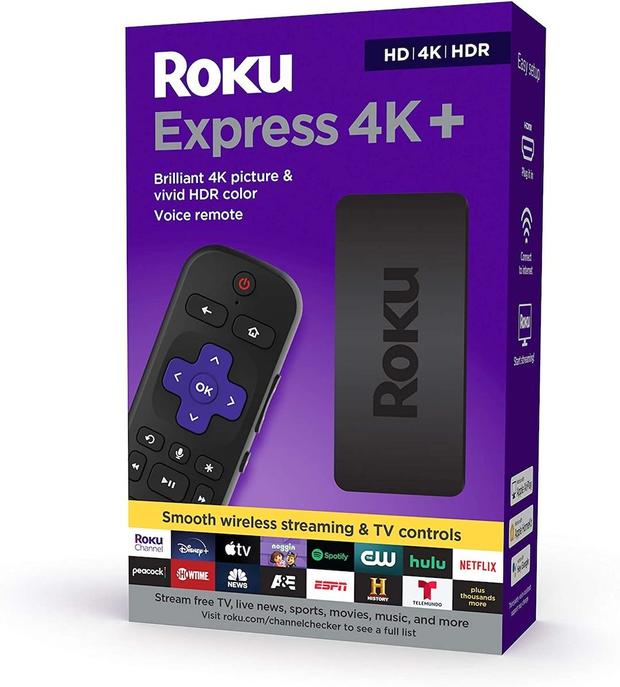 Among the streaming hardware giants, the Roku Express 4K+ boasts the most options and apps, including NFL-friendly streaming services such as Hulu, YouTubeTV and FuboTV. It’s Apple AirPlay compatible as well, enabling you to connect your iPhone or iPad to the TV. (You can learn more about Roku here.)

Apple devotees, or anyone with an Apple One subscription bundle, should consider watching NFL live streams on an Apple TV 4K. The device is equipped with Dolby Vision, a new-and-improved Siri-enabled remote and SharePlay, which enables you to enjoy the game with a group of pals. After the games wrap, you can take advantage of Apple Arcade gaming or stream a movie from your favorite streaming service.

Amazon’s Fire TV Stick 4K is a streaming device that will appeal to anyone with an Alexa-enabled home. Say goodbye to pouring through channel menus. You can switch back and forth between games with the device’s voice remote (“Alexa, turn on the AFC Championship…”). It offers 4K Ultra HD, Dolby Vision, HDR, and HDR10+ in addition to Dolby Atmos audio, plus access to thousands of channels, some of which are free.

How to watch all the Week 8 NFL games: