Opinion | Wisconsin has a chance to stand up for victims of sex trafficking. It must. 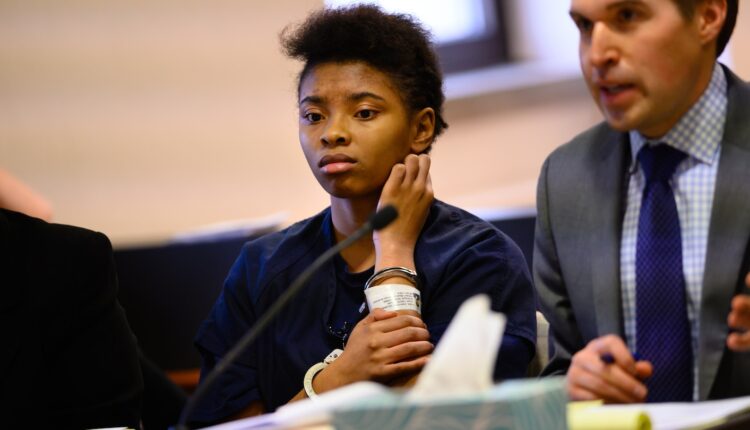 Sara Kruzan, a Stoneleigh fellow with Human Rights for Kids, is the author of “I Cried to Dream Again: Trafficking, Murder, and Deliverance — A Memoir.”

In 2008, Wisconsin lawmakers wisely tried to protect victims of child sex trafficking by passing a law saying victims who commit crimes as a “direct result” of being trafficked can use that as a defense against being convicted. But a recent murder case against a 16-year-old victim who killed her abuser raises questions about whether victims can access those protections in practice.

Wisconsin resident Chrystul Kizer was 16 when she was repeatedly sexually abused and trafficked by a child predator. Her abuser even filmed the times he raped her. She wasn’t his only victim. He was arrested but then released without bail, despite the police finding he was sexually abusing a dozen underage Black girls in the area.

Like too many Black and Brown girls in the United States, Chrystul and the other victims were groomed, exploited, overly sexualized and sexually assaulted on numerous occasions, not only by their abuser but by other adult men as well. It is through this system of physical and sexual violence that young girls such as Chrystul are indoctrinated into modern-day slavery.

At 17, Chrystul killed her abuser. She was then prosecuted for first-degree murder, despite the 2008 law that sought to protect children in her position. The trial judge would not allow Chrystul’s attorneys to pursue the defense granted to her under state statute, declaring he believed it was not meant to extend to violent crimes.

Last month, the Wisconsin Supreme Court reversed the trial judge and ruled that Chrystul, who faces a mandatory sentence of life in prison, should have been able to at least put forth an argument that the 2008 law protects her from prosecution. During oral arguments in the case, justices admonished the attorney representing the state for downplaying the abuse Chrystul endured, with Justice Jill J. Karofsky noting “the constitution says that we need to treat victims with dignity and respect. And part of that is acknowledging what actually happened to them, and Ms. Kizer undeniably here was a victim of human trafficking.”

Chrystul’s case is personal to me because her ordeal, in many ways, mirrors my own. In the mid-1990s, I was also sexually exploited by an adult. I was an 11-year-old child when I was approached by a man I thought was safe. He exploited my innocence, and he set into motion a two-year process of grooming defined by repeated physical, psychological and sexual violence. When I turned 13, he began sex trafficking me.

Three years later, I shot and killed my abuser while he was again attempting to rape me in a hotel room. I was only 16. I was arrested and prosecuted, and by the time I was 17, I had been sentenced to life without the possibility of parole plus four years. I was wounded by an abusive system, incarcerated for almost 20 years and relegated to the shadows of our society.

Three different California governors eventually saw the injustice of my case and acted to make things right. govs. Arnold Schwarzenegger and Jerry Brown both reduced my sentence, and on July 1, Gov. Gavin Newsom granted me a full pardon. Other governors, such as former Tennessee governor Bill Haslam and Ohio Gov. Mike DeWine, have followed this example, defending trafficking victims when the justice system did not.

While I’m grateful for their actions, I should never have been prosecuted in the first place, let alone tried as an adult. In Chrystul’s case, officials in Wisconsin have the opportunity to right this wrong so that, unlike me, Chrystul will not spend years incarcerated.

This is why Kenosha County District Attorney Michael D. Graveley should drop the charges against Chrystul. She is a child victim, not a criminal. She was a child when she was repeatedly abused, and she was still a child when she took the actions that led to her wrongful prosecution. The state is causing Chrystul additional trauma, when she should be receiving care and services for what happened to her.

If the prosecutor refuses to do the right thing, Wisconsin Gov. Tony Evers should follow the lead of other governors and defend Chrystul at his earliest opportunity.

One of the most important mandates of our justice system is to protect our most vulnerable. Chrystul’s story shows a failure of this mandate and is an example of a state-sponsored human rights abuse against a child. She has suffered enough. Instead of prosecuting her, the better use of prosecutorial resources would be to fix the broken system that allowed her abuser to be let out on the streets and exploit children. Had he been kept off the streets, Chrystul would never have been in this situation to begin with.

Leaders in Wisconsin have been granted an opportunity by their state’s Supreme Court to do the right thing. By dropping charges against Chrystul, prosecutors can send the message that the lives of exploited Black girls and child sex trafficking victims matter to them.