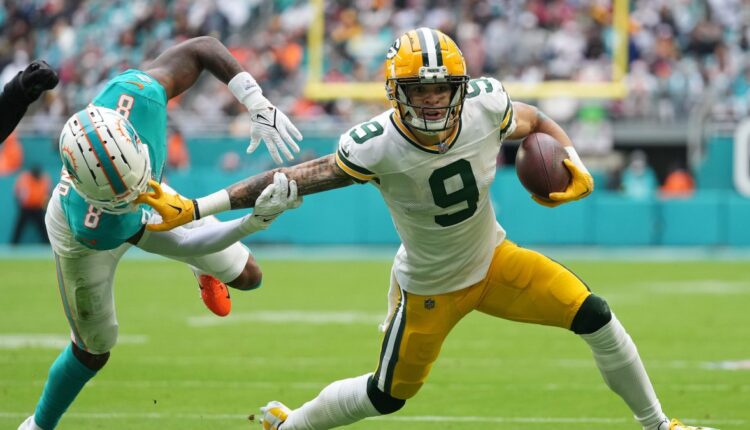 Both players will go through pregame workouts to determine their availability.

Watson suffered a hip injury on a key fourth-down reception last week at Miami while Nixon suffered a groin injury last week. Watson practiced as limited participation on Friday, his only time on the practice field all week. That was one more time than Nixon, whose only on-field work was limited to some drills with a trainer.

That Watson at least practiced was a big deal. Rookies who don’t practice often don’t play. That’s especially true for Watson, a player who has missed time with knee, hamstring and head injuries in addition to the hip. He’s played only 43 percent of the team’s offensive snaps.

Asked this week if Watson could play on limited or no practice reps, receivers coach/passing-game coordinator Jason Vrable said: “He’s really intelligent. He has a great grasp of our playbook. He can move around and play all three positions. Those type of things I feel really confident with. Obviously, you like to maybe get some reps on a newer route or two. You like to get the timing down and feel it out. If he can go, that’d be great. If he can’t, it is what it is.”

Since his emergence with three touchdowns against Dallas, the Packers are ninth in the NFL in scoring the past six weeks.

“He provides a big, explosive element to the offense,” offensive coordinator Adam Stenavich said. “As you know, if you have to consistently hammer out 13-play drives to score, most NFL defenses, that’s going to be a hard thing to do. But if you can get one or two big plays a game where now you’re pushing the ball down the field, you’re getting huge chunks, that’s a big advantage. Typically, explosive plays lead to points.”

On Friday, the Packers thought there was a good chance Nixon would be available. He leads the NFL with a 27.5-yard average on kickoffs and nine kickoff returns of 30-plus yards. He has one interception and two passes defensed on defense and six tackles on special teams. Speed ​​is a big element to his return game. The Packers will need to determine whether Nixon’s groin will allow him to hit that extra gear.

Packers-Vikings final injury report: What about Watson, Nixon and Bakhtiari?

Why aren’t DBs watching Week 1 film of loss to Vikings?

Packers Vikings: How to watch